Vico Sotto to focus on Freedom of Information, transparency in gov’t projects 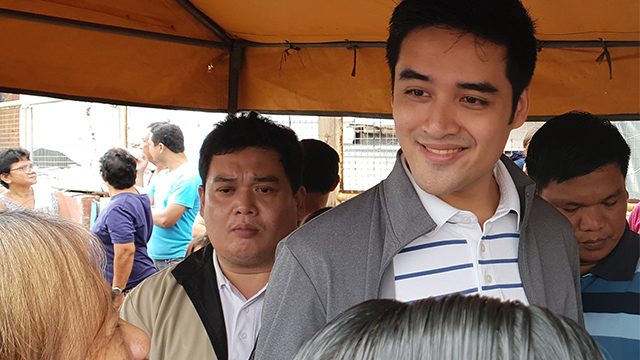 MANILA, Philippines – Transparency and Freedom of Information (FOI) have figured largely among Pasig City Mayor Vico Sotto’s policies early on such that this week, when he said he would deflate city government project contracts by at least 10%, groundwork had already been laid to vet that rather tall promise.

Pasig’s public libraries will set up computers to be used as “FOI kiosks,” based on an agreement the city government signed on August 23 with Presidential Communications Operations Office (PCOO) FOI Program Director Kristian Ablan.

Pasig residents may use the FOI kiosks to request information and documents from different government agencies.

The city’s own FOI and complaints unit, called Ugnayan sa Pasig, has been operating since July 15, with a telephone hotline and social media accounts to receive residents’ requests for public records and complaints concerning the local government.

As city councilo, Sotto authored the city’s FOI ordinance that was passed in October 2018. It was the first local version of the FOI law in Metro Manila.

The Pasig Transparency Mechanism Ordinance entitles Pasig City residents to access and obtain copies of public documents without having to state any reason for requesting them. The city government must release the requested documents within 10 days.

City government officials or employees who fail to comply with the ordinance may be penalized or dismissed.

On Monday, September 2, Sotto promised to “truly open” public biddings for city government projects, and to have independent observers monitor the process of choosing private contractors.

By weeding out corruption, Sotto said project costs would decrease, and the money saved would be spent on more medicines and scholarships for residents.

Speaking of scholarships, Sotto announced that the city government is working on a “new, improved, and expanded Pasig City Scholarship Program.”

In a post on his official Facebook page, Sotto said the city’s Task Force Education recommended a shift from a “points system” to a “social contract” mode for scholars.

“This will mean less activities that reduce classroom or study time (such as required attendance in government programs), and instead introduce more meaningful (but more flexible) commitments such as community service,” Sotto added.

During the campaign, Sotto promised to simplify the city’s scholarship program and cut unnecessary fees that add to students’ financial burden.

He recently gave cash incentives to scholars who graduated with honors, saying he hoped it would encourage other scholars to study harder.

In his post on September 6, Sotto noted that the current batch of scholars were still under the “BCE Scholarship Program,” named after his predecessor, Bobby C. Eusebio, and any changes would be implemented when the next batch of scholars comes in.

The Department of Public Works and Highways (DPWH) and Manila Water are both working on projects along C. Raymundo Avenue, one of Pasig’s busiest thoroughfares.

The problem was, DPWH could not begin its roadwork on a certain section of the avenue until after Manila Water finished laying pipes for the Pasig Sewerage System Project. Manila Water was only given permit to work 6 hours a day, prolonging the duration of the projects, Sotto said.

Rush hour traffic along the road was already grueling without these projects. But the sewerage project is vital, too. It just needs to be done faster so that traffic could ease up sooner rather than later.

Sotto said Pasig Representative Roman Romulo spoke with DPWH and Manila Water to speed up the work, while the city government allowed them to work 24 hours a day.

That way, the work on C. Raymundo Avenue will be finished by December, Sotto said, although the official statement from Manila Water said it would take until January 2020. – Rappler.com