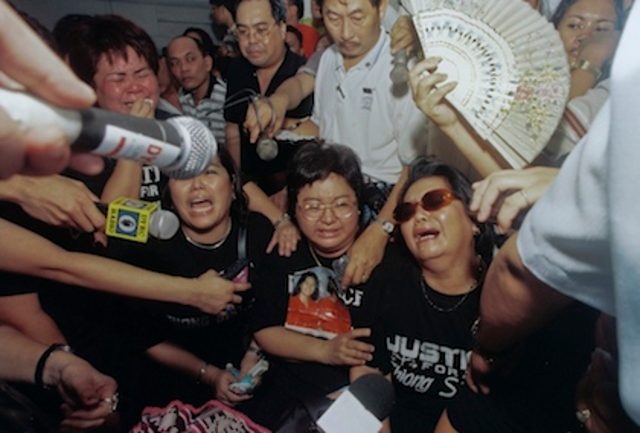 Facebook Twitter Copy URL
Copied
It turns out James Anthony Uy was also released on good conduct time allowance, but the DOJ says he and Josman Aznar are expected to surrender

“Just confirmed that (James Anthony Uy) was also released, but that he will also surrender with Aznar,” Perete said.

The 3 other convicts in that case were Francisco Juna “Paco” Larrañaga, Rowen Adlawan and James Andrew Uy. (WATCH:‘Give Up Tomorrow’ documentary on Rappler)

Since 2014, the BuCor has already released 1,914 heinous crimes convicts based on a prevailing interpretation of the law that GCTA covers all kinds of prisoners. (READ: Legal issues hound Duterte order for 1,914 convicts to surrender)

Due to public outcry on the aborted release of convicted rapist and murderer Antonio Sanchez, the Duterte administration said the law excludes heinous crimes convicts.

The Department of Justice (DOJ) and the Department of the Interior and Local Government (DILG) are conducting a joint review with the goal of revising the guideline to explicitly exclude heinous crimes from the law.

In the meantime, Duterte wants the 1,914 to surrender within 15 days from September 4 or otherwise be treated as fugitives subject to warrantless arrest with the police ready to shoot dead anyone who resists. – Rappler.com