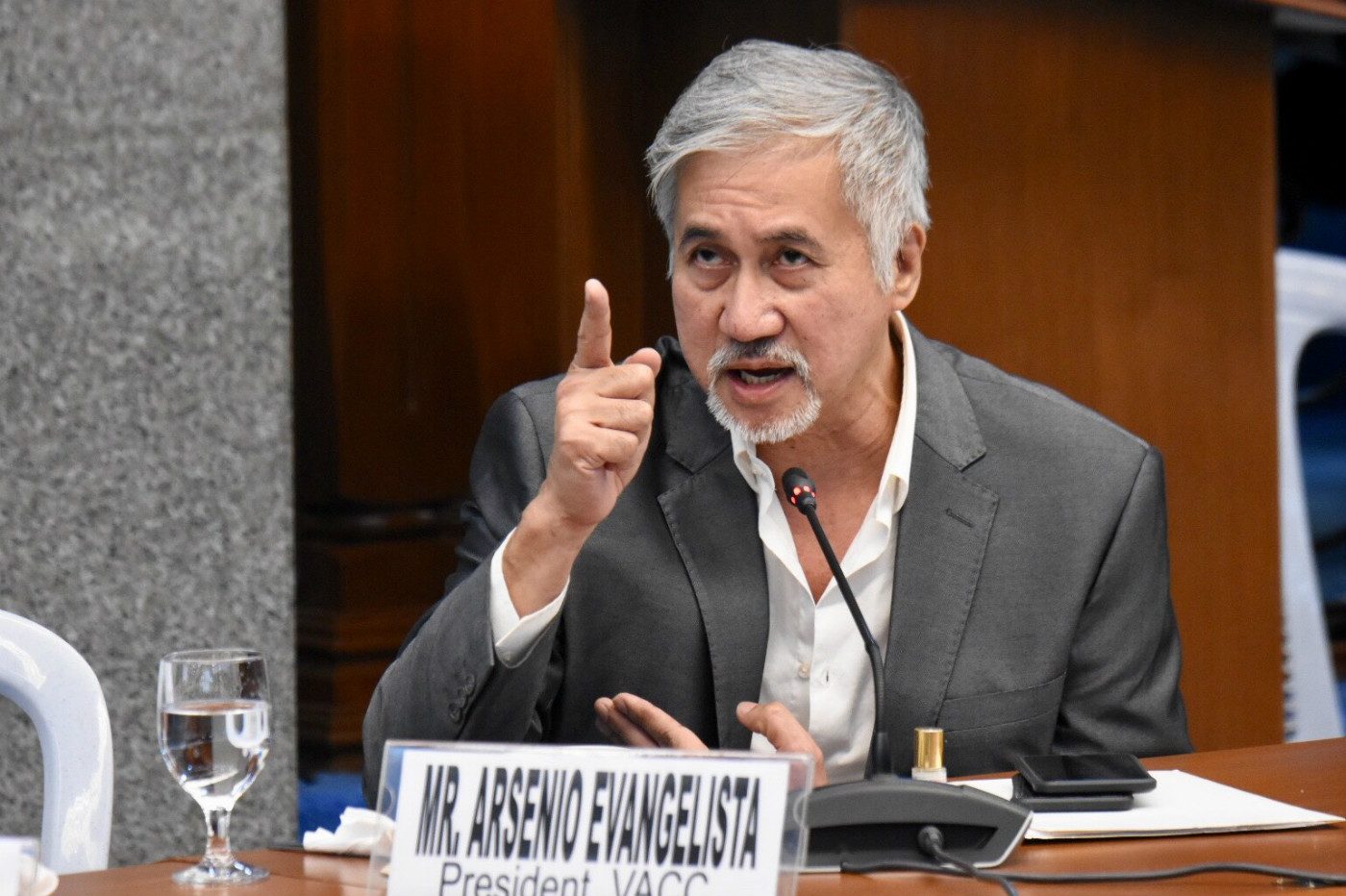 Facebook Twitter Copy URL
Copied
The Volunteers Against Crime and Corruption says detained drug lords still manage to have cell phones, while some inmates 'post openly' on Facebook too, according to Senator Panfilo Lacson

At the 4th Senate hearing on the Good Conduct Time Allowance (GCTA) law on Monday, September 9, Evangelista said Maximum Security Building No. 14 in the national penitentiary is “compromised” as illegal drugs “emanate” from it.

“The war on drugs of the President will fail at the end of the day simply because lahat ng intel dito (all the intel here) would say 80% of illegal drugs [are] emanating [from] the New Bilibid Prison,” Evangelista said.

Senator Panfilo Lacson shared an earlier conversation with retired police general Benjamin Magalong affirming the scheme when the NBP was raided in 2014.

“Ang direction, ‘yung instruction of movement of drugs outside the NBP [or] anywhere in the country, doon ang control sa loob and they can do that with mobile phones. Tapos gumagastos tayo sa [signal] jammer,” Lacson said.

(The direction, the instruction of the movement of drugs outside the NBP or anywhere in the country happens inside and they can do that with mobile phones. And yet we are spending on signal jammers.)

At the hearing, Lacson showed screenshots of Facebook posts by Raymond Dominguez, who was convicted of carnapping with homicide. He said there are other high-profile inmates who “openly post on Facebook.”

“Who controls the jammers? So lahat may kita? Pati technician? (So everyone earns from it? Even the technician?)” asked Lacson.

(I’ve been talking to PDEA chief Aaron Aquino. The question is, why was there no action? They said PDEA used to have an office there and it was removed. What does that mean? I hope there’s inter-agency cooperation, simply because PDEA is tasked to address illegal drugs.)

Evangelista added that the signal jammers at the NBP are supposedly being turned off at certain times of the day, allowing inmates with phones to use their gadgets.

Lacson asked Senior Inspector Roy Vivo, the chief of the Overseer Office of the Bureau of Corrections (BuCor), if it were strict in Maximum Security Building No. 14.

Vivo said the security there is “very strict.” When asked whether he knew about the cell phones used by inmates, Vivo pointed to the Philippine National Police’s Special Action Force personnel deployed at the building.

“Is this the kind of strictness in the policy of containing the entry or preventing the entry of contraband, especially mobile phones? There are other prisoners who openly post on Facebook,” Lacson said.

At the hearing, inmate Godfrey Gamboa, the common-law husband of witness Yolanda Camilon, said prison guards are in cahoots with the convicts to bring mobile phones, televisions, and other banned items into their cells.

He added that food may be brought in as well, depending on the mood of the guard and how much would be given as grease money.

But Gamboa said he does not know if ex-BuCor chief Ronald dela Rosa or sacked chief Nicanor Faeldon had anything to do with the scheme. – Rappler.com