Facebook Twitter Copy URL
Copied
But after sacked BuCor chief Nicanor Faeldon flatly denies this at the resumption of the Senate probe into the scandal, legal chief Frederic Santos backtracks

MANILA, Philippines – Did sacked prisons chief Nicanor Faeldon know that he was required to inform the justice secretary a month before the early release of inmates sentenced to reclusion perpetua who are covered by the good conduct law?

He did, according to Bureau of Corrections (BuCor) legal division chief Frederic Santos at the resumption of a Senate probe on the matter. But he backtracked later after Faeldon said he does not recall being told of such a requirement.

At the 4th Senate hearing on the good conduct time allowance (GCTA) law on Monday, September 9, Santos disclosed that he did tell Faeldon about Department of Justice Order 953, which states that the justice secretary – not the BuCor chief – is the final approving authority for the release of inmates sentenced to life imprisonment.

The planned early release of convicted rapist and murderer Antonio Sanchez, who was serving 7 life sentences in the New Bilibid Prison in Muntinlupa, was approved by Faeldon. He withdrew it following public outcry.

“Sir, sinabi po namin ‘yan ‘yang [DO] 953 na ‘yan…kay general, na meron pong ganyan. (Sir, we told him about DO 953…The general, that there is such a policy),” Santos told Senator Richard Gordon.

Santos, who has been with BuCor for 23 years, initially said he couldn’t remember when exactly he informed Faeldon about the DOJ order. But after Gordon pressed for answers, Santos recalled telling Faeldon before the latter signed the memorandum of release for Sanchez.

Faeldon refuted Santos’ claims: “I have never heard him informed me about 953.” (READ: Gaps by both Aquino, Duterte administrations led to GCTA mess) 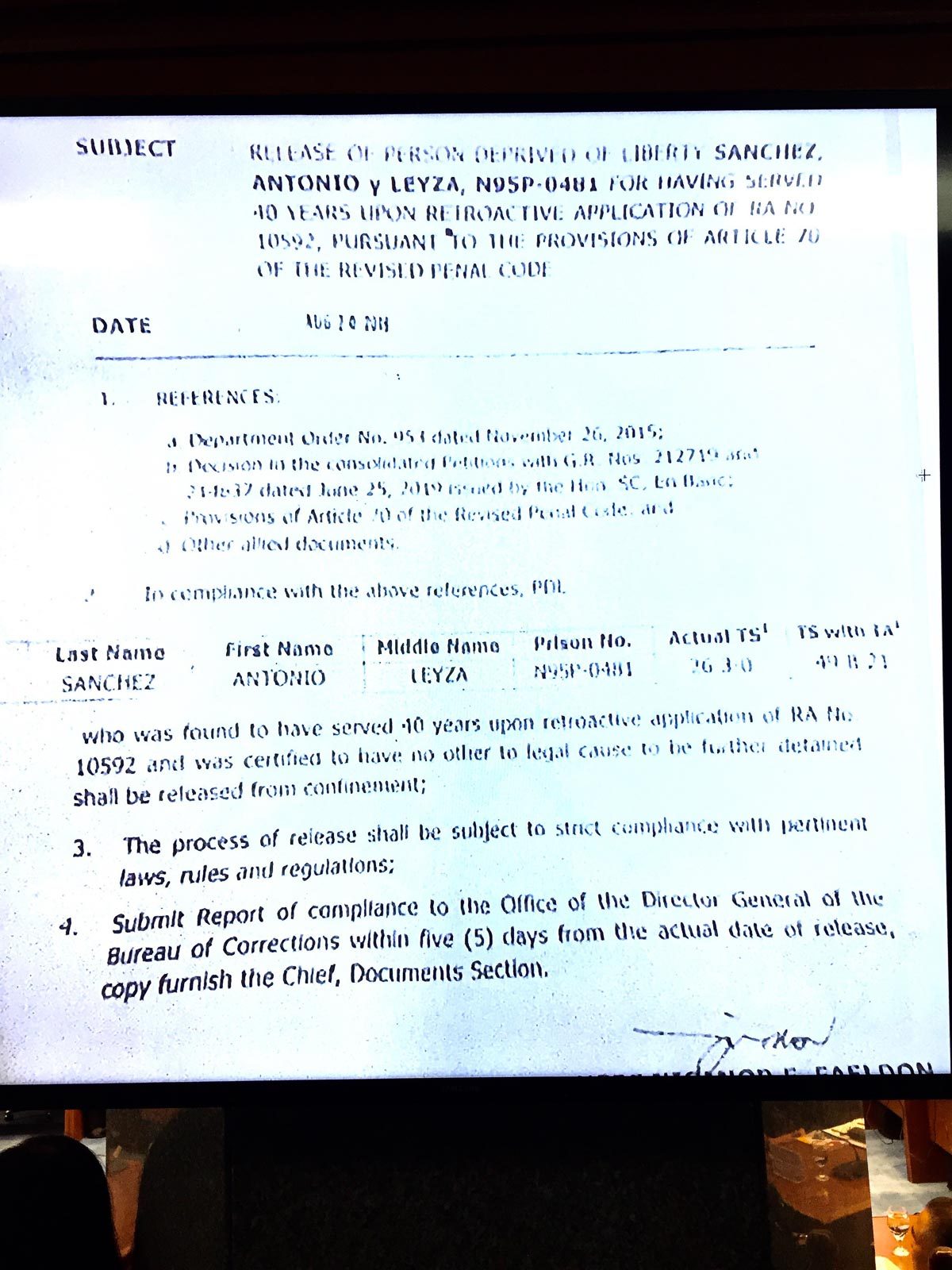 After Faeldon’s denial, Santos suddenly couldn’t remember if he told Faeldon directly or his staff.

Justice Secretary Menardo Guevarra has said that since he became justice secretary in April 2018, his approval was never sought for the early release of inmates sentenced to life on the basis of the Good Conduct Time Allowance law.

Santos maintained that they were not able to inform the DOJ about the 11,000 inmates’ release a month before, because as far as they were concerned, the Supreme Court’s retroactive application ruling on the GCTA law was “immediately executory.” – Rappler.com