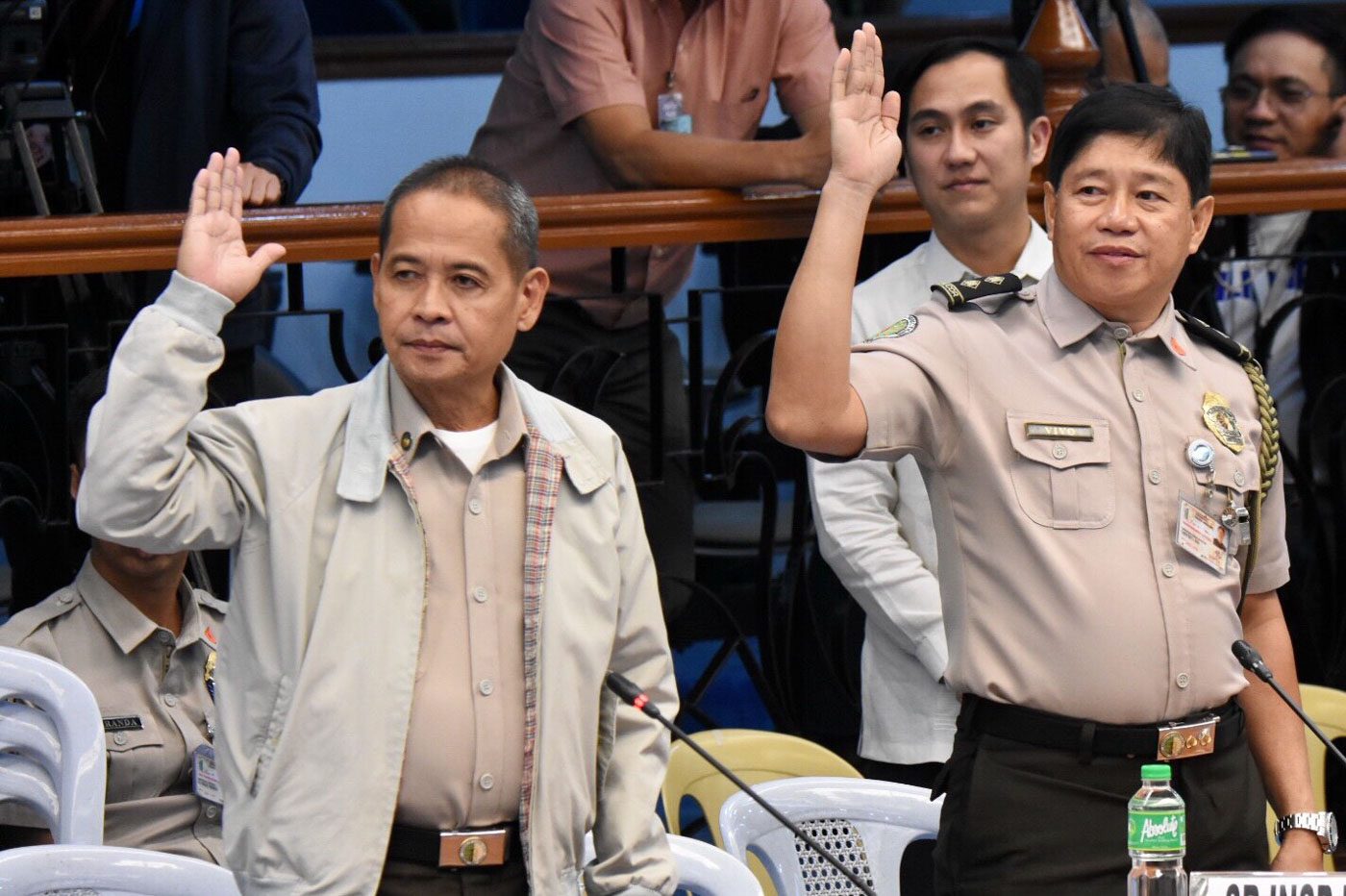 Facebook Twitter Copy URL
Copied
(3rd UPDATE) The highest officials on the suspended list are Senior Superintendents Celso Bravo and Melencio Faustino, both heads of the Directorate for Security and Operations

MANILA, Philippines (3rd UPDATE) – Ombudsman Samuel Martires on Monday, September 9, ordered the 6-month preventive suspension without pay of 27 officials of the Bureau of Corrections (BuCor) amid the scandal inside prisons involving the granting of good conduct time allowance (GCTA).

“The above-named respondents are hereby placed under preventive suspension for a period of 6 months without pay,” Martires said in his 4-page order issued Monday.

Justice Secretary Menardo Guevarra said on Tuesday, September 10, that the Department of Justice (DOJ), which oversees BuCor, will implement the order “immediately.”

“The DOJ, though its oversight committee, will direct the BuCor OIC to serve the notices of preventive suspension and implement it immediately,” Guevarra said in a statement on Tuesday.

BuCor documents section chief Ramoncito Roque led the list of those preventively suspended. Roque was accused by Yolanda Camilon of extorting P50,000 for the early release of her husband who was an inmate at the New Bilibid Prison (NBP).

Maribel Bancil and Veronica Buño, who were also named by Camilon as allegedly Roque’s middlemen, were also preventively suspended.

Roque, Bancil and Buño were grilled on Monday by senators in the continuing congressional hearing on the alleged anomalies, where they all denied extorting money in exchange of GCTA. Bancil and Buño, whom Camilon pointed as the ones who personally transacted with her, said Camilon was making up stories.

Faustino was also grilled in congressional hearings as one of the officials who processed the GCTAs of inmates.

Martires opened the investigation motu propio, or on its own initiative, after President Rodrigo Duterte said in a public speech that the Office of the Ombudsman should investigate the GCTA mess, including sacked BuCor chief Nicanor Faeldon.

Apart from the GCTA for sale scheme, BuCor has been scrutinized by senators as having committed shortcuts in the release of convicts in the high-profile Cebu Chiong sisters murder, Chinese drug lords and the aborted release of convicted murderer and rapist Antonio Sanchez.

A key official in the Senate hearing but not on Martires’ list is Technical Chief Superintendent Maria Fe Marquez, who signed the memorandum of release for the convicts in the Cebu Chiong sisters murder case.

JUST IN: Ombudsman imposes 6-month preventive suspension w/o pay against BuCor officials accused of in GCTA for sale scheme. No prominent higher-ups so far, leading the list is Ramoncito Roque the documentation chief mainly accused in the scheme @rapplerdotcom pic.twitter.com/tTY1K0kKMZ

In suspending the officials, Martires said: “This Office finds that the evidence in the form of testimonies of witnesses and public documents showing the anomalous release of prisoners convicted of heinous crimes/offenses appear to be strong.”

“Respondents’ continued stay in office may prejudice the cases filed against them. Noteworthy, respondents presently have custody and control over the documents pertaining to the questionable release of the convicted prisoners,” Martires said.

Martires’ order also said that the 26 officials face the administrative charges of grave misconduct, gross neglect of duty and conduct prejudicial to the best interest of the service, which can result in dismissal from service if they are found guilty later on in the investigation.

At the hearing, Camilon played a voice recording of her call with Buño. On the recording the voice identified as that of Buño could be heard finalizing the details for their supposed trip to get the inmates’ records. The trip was eventually cancelled.

At the other end of the call, the word “negative” was mentioned twice as played by Camilon. At the hearing, Buño kept using the in his testimony.

“Hindi ko boses ‘yan. (That’s not my voice),” said Buño, maintaining that the term was commonly used by uniformed personnel.

Bansil said that Camilon was just making up stories.

However, Camilon said the Senate panel could check the CCTV footage from the restaurant where they used to meet.

Senator Richard Gordon told reporters that both Bansil and Buño had deleted message and call records on their phones. He said they might be liable of obstruction of justice.

“They deleted everything. So they’re really hiding something. That shows that it is happening – that they would ask for money and then they would erase [the phone records] so there will be no evidence. That’s obstruction of justice,” Gordon said. – with reports from Aika Rey/Rappler.com