Robredo camp on attack vs Abante: ‘Brazen assault on our free press’ 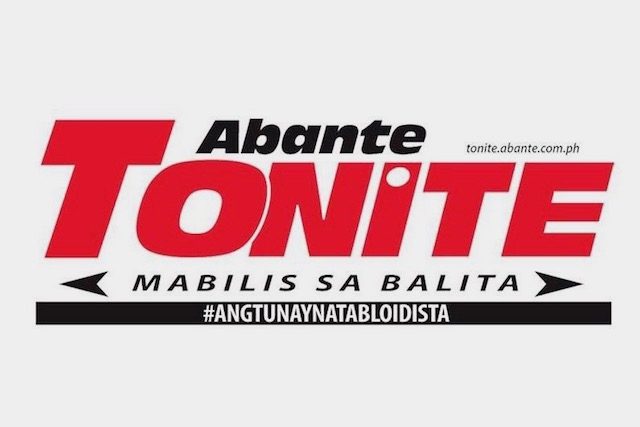 MANILA, Philippines (UPDATED) – The Office of the Vice President and several lawmakers and groups have condemned the armed attack against the printing office of leading Philippine tabloid Abante Tonite.

Vice President Leni Robredo’s spokesperson, Barry Gutierrez, tagged the attack as a “brazen assault” on the freedom of the press.

“We condemn in the strongest possible terms the recent attack by armed men on the Abante printing offices. This brazen assault on our free press cannot be allowed to pass unchallenged,” Gutierrez said in a statement on Tuesday, September 10.

“A free press is essential in a free nation, and this attempt to intimidate and silence Abante, the leading Filipino language publication in our country, must be resisted by all freedom-loving Filipinos,” he added.

On Monday morning, September 9, 4 armed unidentified men barged into the printing house of Abante Tonite in Barangay San Isidro in Parañaque City and set fire to the production area.

Authorities estimated the damage at P50,000. Abante Tonite’s printing office, however, was still able to continue production after the fire.

Senators also called the attack “an attack to press freedom.”

(This is clearly harassment, not only of Abante, but of journalists who only report information and expose corruption and misconduct by various people, including those who are corrupt in government.)

(This is a plot by people who fear that their dark activities will be exposed by the light of a free press. They do not know that based on our history, the tactics of suppression and bullying do not succeed.)

Bayan Muna Representative and Deputy Minority Leader Carlos Zarate also slammed the attack, saying it is “another case of trying to silence the media in doing their job of exposing the anomalies, in and out of government.”

Anti-Crime and Terrorism Community Involvement and Support Representative Niña Taduran urged the authorities, like the police and the Presidential Task Force on Media Security, to conduct a thorough probe into the attack against Abante Tonite.

“The 5-minute attack carried out by 4 armed men, who set fire to the publication’s printing equipment, is a blatant attack against press freedom. The perpetrators of this barbaric act must be apprehended and the masterminds identified,” said Taduran.

Media watchdog Reporters without Borders likewise called on the Philippine government’s task force on media security to investigate the incident.

The College Editors Guild of the Philippines said the attack is part of a broader force of repression against the media under the administration of President Rodrigo Duterte, which has been accused of encouraging and tolerating attacks against journalists. – With reports by Aika Rey/Rappler.com