Sep 11, 2019 8:45 AM PHT
Pia Ranada
Facebook Twitter Copy URL
Copied
Without giving a name, President Rodrigo Duterte says a female official is getting the axe for not matching the performance of others in the economic team 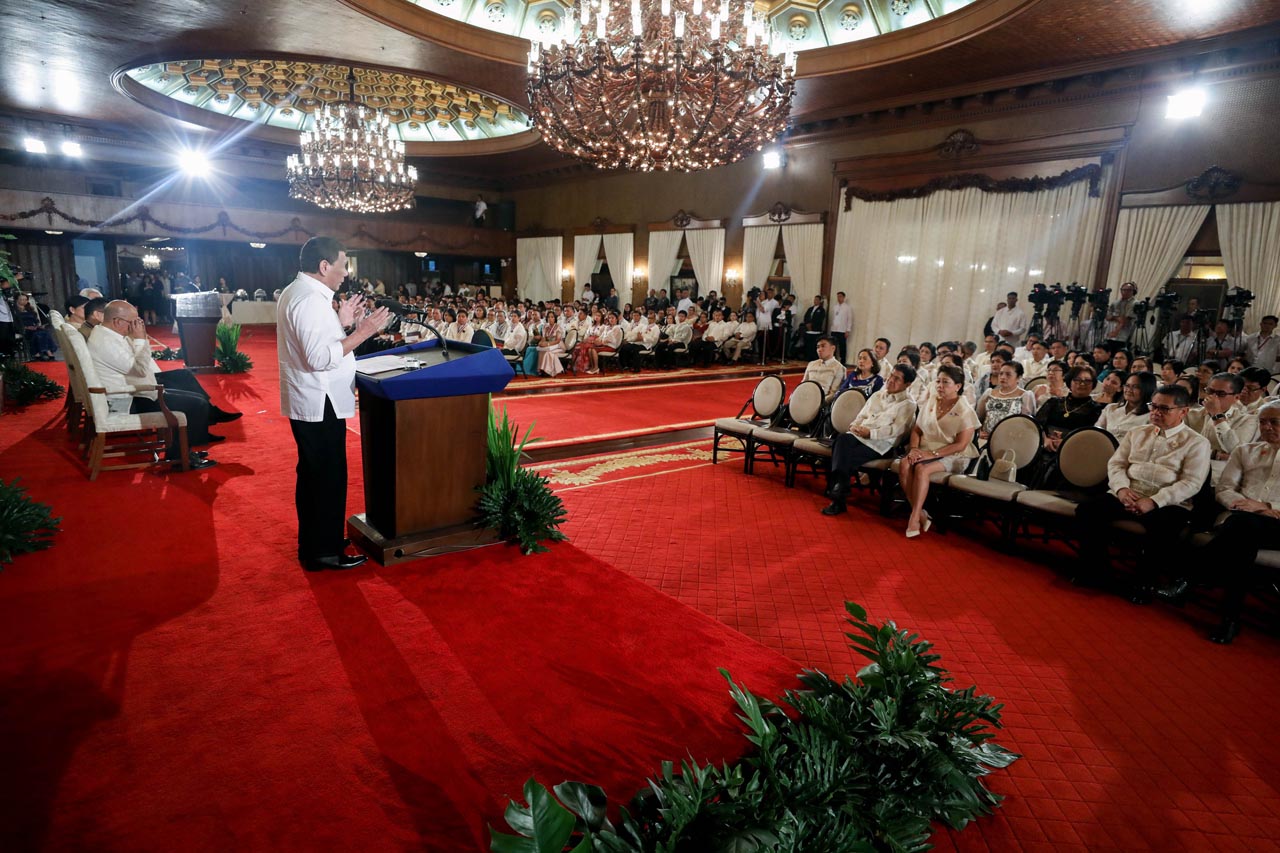 MANILA, Philippines – President Rodrigo Duterte said he is set to fire an official holding an economic portfolio for underperformance. He refused to give a name when asked by reporters.

“May isa pa akong tanggalin (I will fire another person). Though she is not corrupt, but she is not in parity with the others sa (in) performance. Handling an economic office,” he said on Tuesday, September 10, as he addressed government officials at Malacañang Palace.

Later in the day, he declined reporters’ requests for him to name the official. He only expounded on his reasons for firing her, saying she lacked in “output.”

In recent months, there had been another official eased out of his office for incompetence – former agriculture chief Emmanuel Piñol.

Duterte openly said Piñol and Finance Secretary Carlos Dominguez III did not see eye-to-eye on rice tariffication and that he wanted someone who could “thrive at the mechanics” of the position.

Goitia, when asked by Rappler for his reaction, did not address the allegations but said he accepted the President’s decision and is thankful for his government stint. – Rappler.com