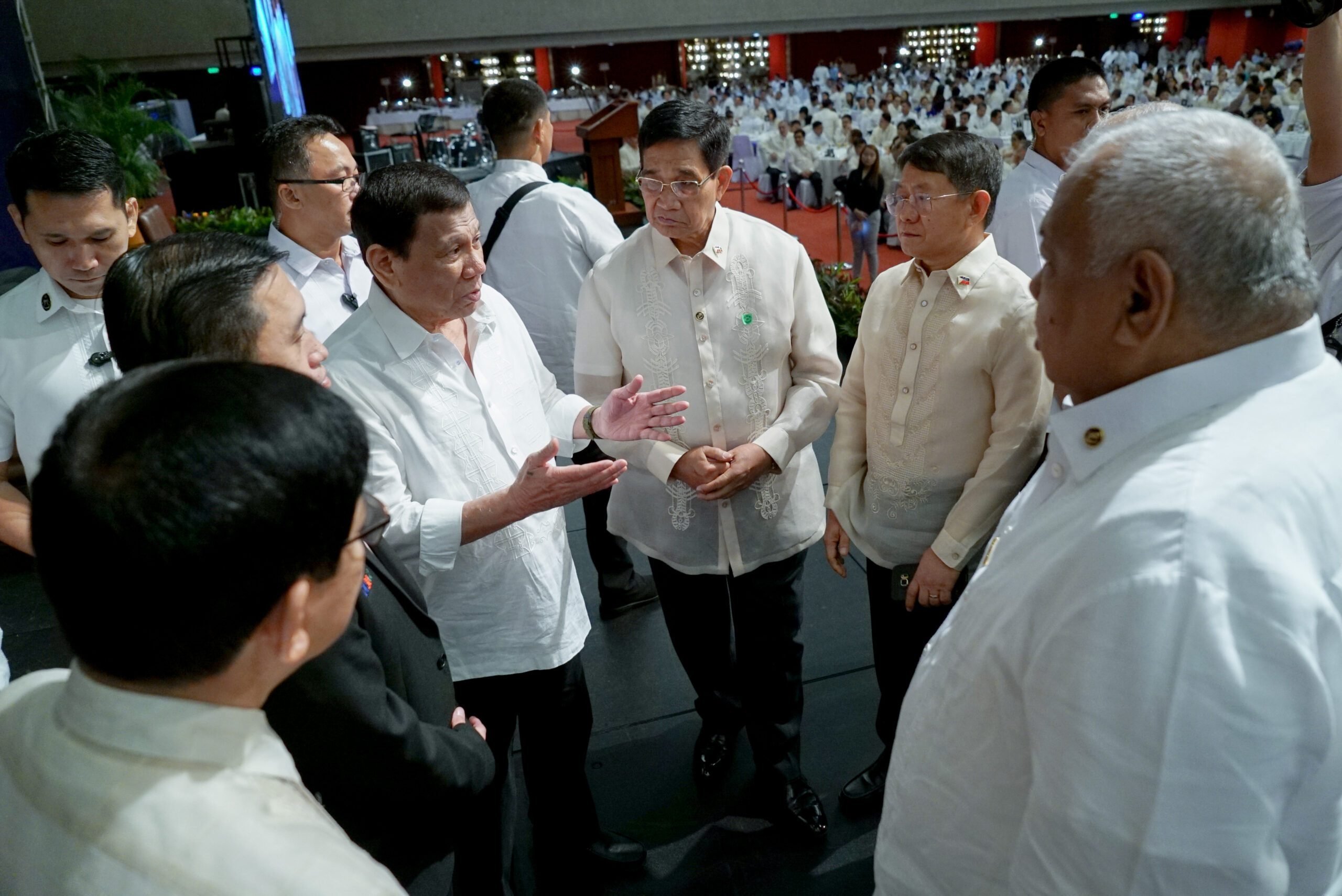 MANILA, Philippines – Progressive lawmakers in the House of Representatives would rather the P4.5 billion in confidential and intelligence funds proposed for President Rodrigo Duterte’s office go to basic services and assistance to drug war victims.

All 4 of them were one in saying the near doubling of the confidential and intelligence funds compared to the 2019 allocation is troubling and that the billions could be put to better use in education and health programs.

Funds being used to target critics? Gaite raised alarm that the OP’s confidential and intelligence funds were even larger than the funds given to “specialized” security agencies like the Armed Forces of the Philippines and Philippine National Police.

The allocation of these funds as “confidential” means their specific purpose is not disclosed to the public and receipts are not required by the Commission on Audit. (READ: EXPLAINER: Office of the President’s confidential, intel funds)

“This budget is like a blackhole. If you try to direct light at it, you will not be allowed to see anything,” said Gaite in Filipino.

The lack of transparency gave him cause to worry that the funds were not being used to ensure the country’s security, but for the government to crackdown on Duterte’s critics.

House appropriations committee chairperson Isidro Ungab, who was defending the OP budget, said that Duterte’s role as commander of all armed forces means he must be given funds to help these entities accomplish their mandate.

He said the P4.5 billion requested amount was based on “coordinated and integrated intelligence estimates” needed to carry out Duterte’s policies on suppressing illegal drugs and crime, ending armed communist conflict, and addressing terror threats.

Other uses for billions. Brosas, in her turn at the podium, said the confidential and intelligence funds would better serve Filipinos if they went to basic services that ordinary citizens could feel.

(I hope these are allocated for basic services that people need,  the lack of which is the root of the problems of the poor and those rebelling… Just devote the funds to health, education, and housing.)

Elago, meanwhile, suggested that the confidential and intelligence funds go instead to children and Filipino youth affected by the Duterte administration’s crackdown on illegal drugs.

She said that based on budget briefings of agencies like the Department of Social Welfare, Department of Health, and Department of the Interior and Local Government, it seems there are no funds allocated specifically to address the needs of these youths.

“Right now, there are no programs or specific funds for their needs. So Mr Speaker, would it be possible to rechannel the P4.5 billion confidential and intelligence expenses to programs activities and projects that would support not only the families of those children and youth killed during drug war operations, but also in support of all the children who witnessed the drug war and whose parents are now arrested?” said Elago.

Sparse explanation. In the two Office of the President budget briefings at the committee level, Executive Secretary Salvador Medialdea was not asked about the confidential and intel funds. He had also refused to answer media queries about it.

In the Senate committee-level hearing, Deputy Executive Secretary for Finance and Administration Rizalina Justol mentioned that part of the increase in OP funds was due to the National Task Force to End Local Communist Armed Conflict created by Duterte’s Executive Order No 70.

However, Ungab said the task force’s activities did not contribute to the higher proposed confidential and intel funds because the executive order that created it says its funding shall come from the appropriations of its member agencies.

Quoting Justol, Ungab said, “She [Justol] said there was no amount intended for that particular purpose, for EO 70. However when the amount P4.5 billion was mentioned, it is the total amount for confidential and intel expenses for PAOCTF and transnational crime. This is for intelligence and information-gathering. This covers a very wide scope.”

The lawmaker was likely referring to the Presidential Anti-Organized Crime Commission and Philippine Center on Transnational Crime, agencies under the OP that have been supposedly receiving portions of the previous confidential and intel funds.

But Duterte’s EO 70 allows for the Department of Budget and Management to identify “other appropriate funding sources” for the task force.

Progressive groups that Gaite, Elago, Castro, and Brosas belong to have been critical of the Duterte government and have repeatedly called for the resumption of peace talks with the Communist Party of the Philippines (CPP).

Duterte has claimed even “legal fronts” of the CPP or New People’s Army (NPA) are terrorist organizations and wants their members arrested.

Elago, Castro, and Brosas have accused the government of red-tagging its critics as a form of suppression of legitimate dissent. – Rappler.com