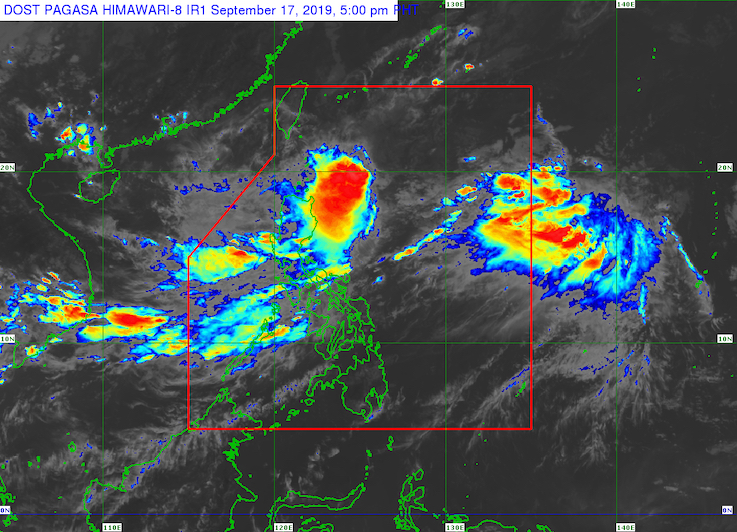 MANILA, Philippines – The low pressure area (LPA) east of Batanes developed into a tropical depression at 2 pm on Tuesday, September 17. It has been given the local name Nimfa.

In a briefing past 5 pm on Tuesday, the Philippine Atmospheric, Geophysical, and Astronomical Services Administration (PAGASA) said Tropical Depression Nimfa is 695 kilometers east of Basco, Batanes. It is almost stationary or hardly moving.

The tropical depression has maximum winds of 55 kilometers per hour (km/h) and gustiness of up to 70 km/h. It could become a tropical storm while inside the Philippine Area of Responsibility (PAR).

There are no tropical cyclone wind signals raised. But PAGASA said Nimfa’s trough or extension will bring scattered rainshowers and thunderstorms to the following areas:

PAGASA Weather Specialist Ezra Bulquerin said Nimfa’s movement will be erratic in the next 24 to 48 hours. It is unlikely to make landfall in the country.

Based on its latest forecast track, Nimfa will leave PAR on Saturday, September 21. 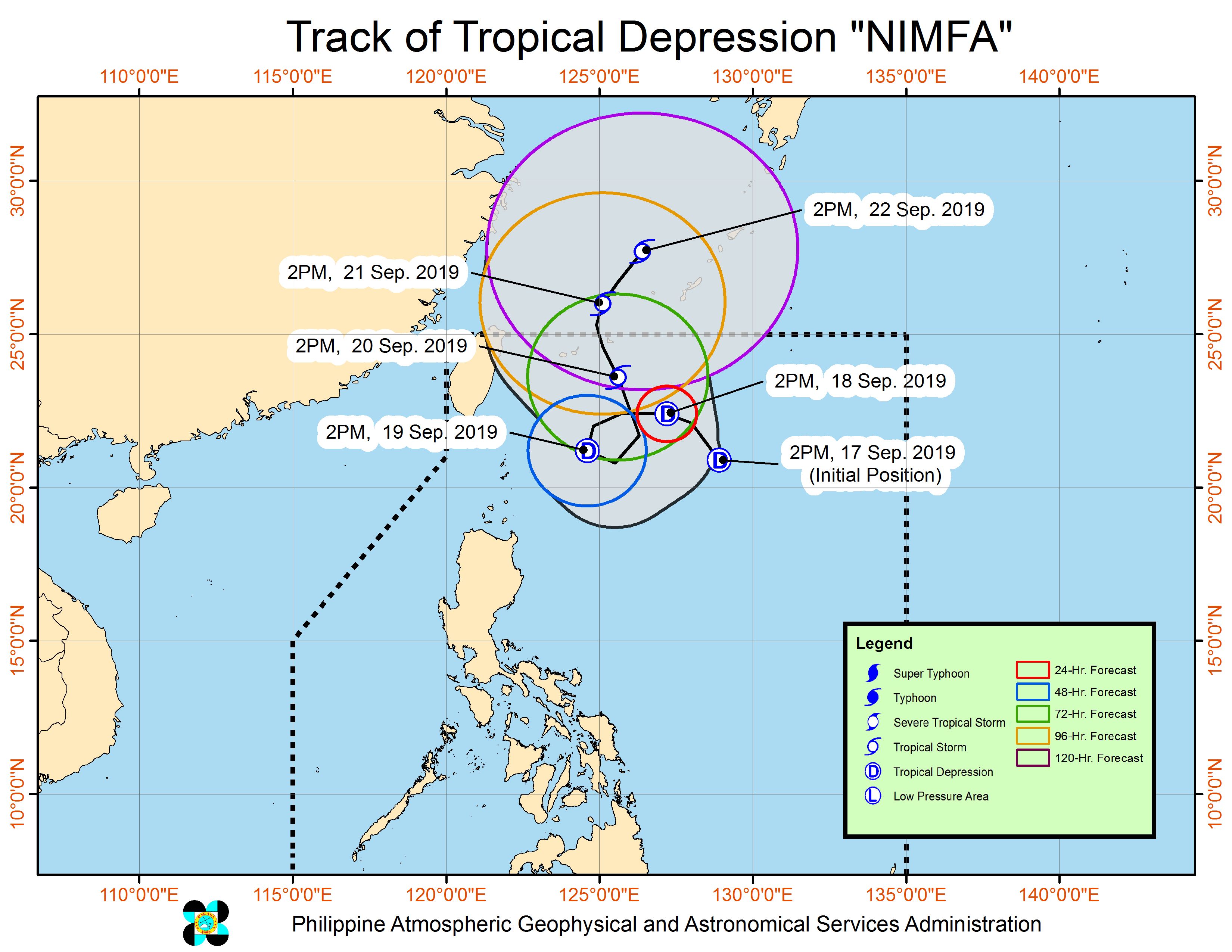 Meanwhile, the other LPA that PAGASA has been monitoring is now 95 kilometers west of Iba, Zambales.

PAGASA said the LPA may hit the western coast of Central Luzon in the next 48 hours and eventually dissipate within Nimfa’s circulation.

The LPA had been pulling the southwest monsoon or hanging habagat, which will continue to affect Central Luzon, Southern Luzon, and Western Visayas.

In its 4 pm bulletin, PAGASA said that due to the southwest monsoon and the LPA, moderate to heavy monsoon rain is expected in:

The southwest monsoon will also again trigger scattered rainshowers and thunderstorms in: