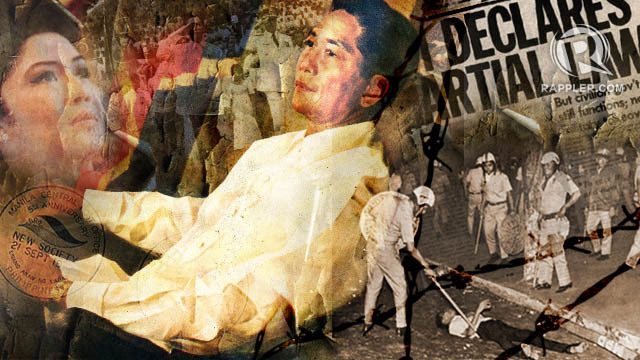 Facebook Twitter Copy URL
Copied
The failure of historians to write a thorough historical study of the Marcos years has opened the floodgates of misinformation and inaccurate narratives from both sides of the debate, says history professor Filomeno Aguilar Jr

MANILA, Philippines – The lack of a nuanced and comprehensive historical study, or historiography, of the Marcos regime is why so many narratives and counternarratives of this turbulent time continue to divide Filipinos.

This was the conclusion made by eminent historian and history professor Filomeno Aguilar Jr in a speech he delivered at a gathering of historians on Thursday, September 19, in Quezon City.

The Philippine Historical Association (PHA) began its national conference only two days before the 47th anniversary of Martial Law under Ferdinand Marcos, with the theme “Facing the challenges of histrical distortions and opening new directions in history.”

The Marcos dictatorship, and the many narratives on it spun by both its supporters and detractors, was a main topic of the conference. (READ: LIST: 47th Martial Law anniversary protests, activities)

Aguilar, who gave the plenary lecture on Thursday, said historians have failed to produce a comprehensive and objective historical account of Marcos’ two-decade rule. This has made it possible for partisan groups to spin various narratives, which have now spread faster due to social media and the current political environment.

“Given academia’s general failure to produce scholarly works on the Marcos regimes, the narratives, accounts, and interpretations of the Marcos period that dominate are those that circulate in the public domain primarly through social media. In such terrain, we should not be surprised that the past is politicized in pursuit of specific political agenda,” he said. What he called “fantasies” about the Marcos era are woven by both sides of the Marcos debate. Loyalists believe in the “unqualified good” of the man and his dictatorship while some passionate detractors see only “unfettered evil.”

Where the truth is in all these narratives is up to the professional historian to uncover.

“It’s an extremely contradictory story that is yet to be narrated by a professional historian. If you are writing it, please do tell me,” he added.

While many papers and books have been published about the Marcos years, especially in the 80s, Aguilar said these were mostly collections of papers rather than in-depth studies.

He acknowledged the book Dictatorship and Revolution: Root’s of People’s Power, edited by Aurora Javate-De Dios, Petronilo Bn Daroy, and Lorna Kalaw-Tirol, where contributors analyzed the rise and fall of the Marcos dictatoship. The book also reproduced documents serving as primary sources for a study of the period.

But apart from this, any real study of the time has been few and far between.

Escalation of a ‘culture war’

Aguilar warned of a more vicious “culture war” should academe fail to confront inaccurate narratives about Marcos – from claims that he was wealthy even before he became president to the impossibility of him ordering the death of Ninoy Aquino because they were “friends.”

But the same danger lies in portraying “nothing but the viciousness of Marcos and his rule,” said the history professor.

A comprehensive historical account of the Marcos years may be daunting to many historians. Many historians, he said, have a “collective trauma” about the period.

“For some of us, anger at the dictator and his cronies made it difficult to take an academic stance of inquiry into the dictatorship,” said Aguilar.

But faced with the lightning spread of disinformation on social media and the return to political power by the Marcoses, scholarly rigor has never been more necessary.

“We should take the initiative to pursue the best course that is open to us: do the painstaking work of research, sifting through the evidence, and forwarding a scholarly analysis and interpretation and explanation beyond partisanship,” said Aguilar.

“If we can come up with a nuanced and truthful account of the past, I believe it will go a long way in bridging that rift that divides this country,” he said. – Rappler.com