Sep 24, 2019 11:37 AM PHT
JC Gotinga
Facebook Twitter Copy URL
Copied
The defense chief says he will look into the extent of China Telecom’s technological role in Dito Telecommunity after initially insisting it was a mere investor in the consortium 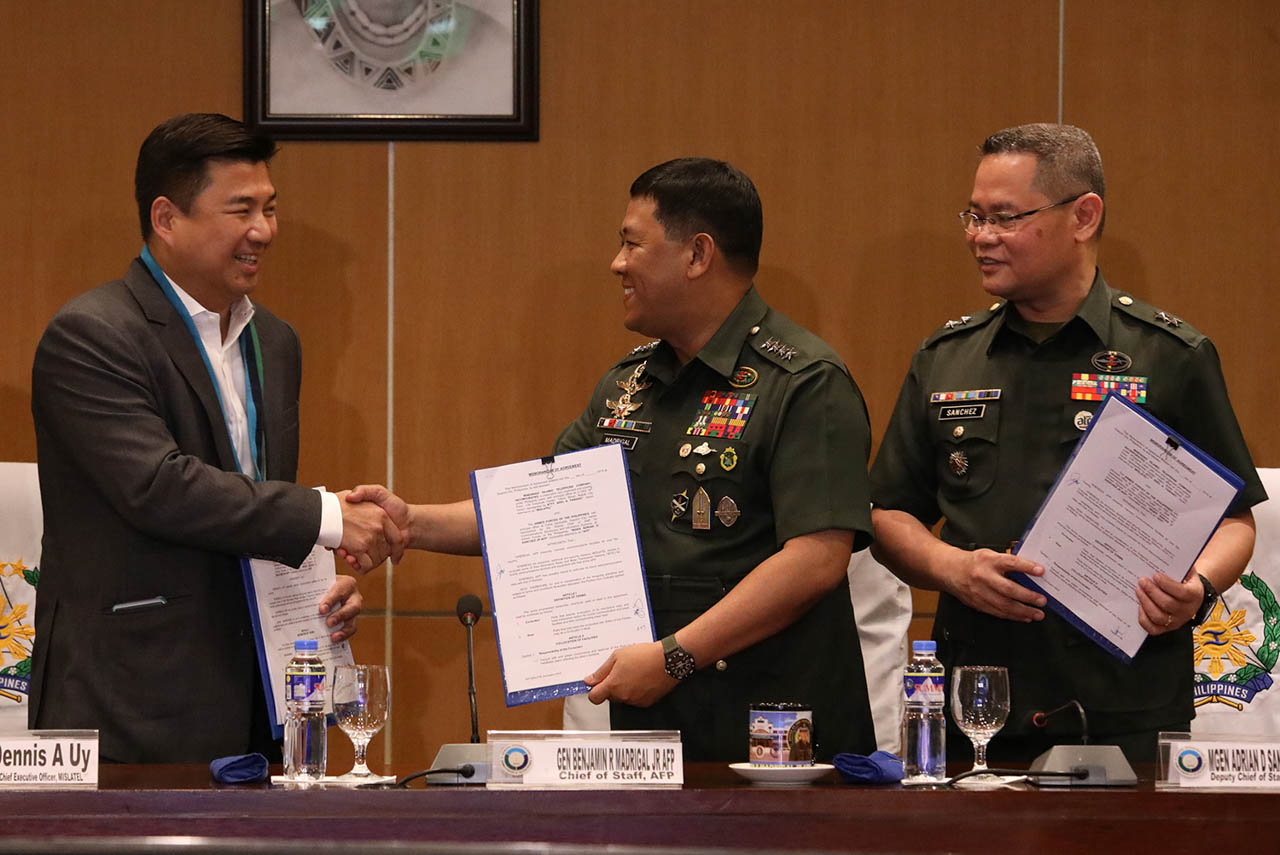 MANILA, Philippines – The Armed Forces of the Philippines (AFP) may, “if necessary,” back out of a deal with the China-backed Dito Telecommunity that would allow the telco to place its infrastructure on military installations, Defense Secretary Delfin Lorenzana said on Monday, September 23.

“Of course, I have a concern,” Lorenzana told reporters on the sidelines of a Philippine Navy event in Manila, adding that he had then yet to see the agreement that was initially signed by the AFP on September 11, while the defense chief was on official business abroad.

At first, Lorenzana downplayed concerns that the arrangement would give China an opportunity to spy on the military because Dito is 40% owned by China Telecom, which is in turn owned and controlled by the Chinese government.

Chinese law mandates companies to gather and provide intelligence to their government.

“It’s not China Telecom who is coming here. It is Dito who is operating everything. Walang pakialam ‘yung China Telecom. Investment lang sa kanila (China Telecom has nothing to do with it. They just made an investment),” Lorenzana said.

One of the reporters interviewing Lorenzana pointed out that China Telecom will take charge of supplying and building Dito’s infrastructure, and it is not merely an investor in the consortium that includes Davao City-based businessman Dennis Uy’s Udenna Corporation and its subsidiary, Chelsea Logistics.

When Dito, then called Mislatel, bid to become the country’s third telco in November 2018, its official statement said, ”The consortium is confident that Udenna Corporation’s extensive supply chain and knowledge of local industries will complement the world-class technology and telecommunications expertise of China Telecommunications Corporation (China Telecom).”

The defense chief then said he would study China Telecom’s role in Dito, and “will see to it na maprotektahan natin (that we protect)” Philippine interests.

(If necessary. It’s easy anyway…. It can still be taken back until such time that I approve it. Because I am its approving authority after all.)

The AFP’s “co-location” deal with Dito drew concerns about the possibility of Chinese espionage, with lawmakers and experts pointing out how Dito’s facilities could be used to intercept the military’s communication lines.

The agreement allows Dito to “build facilities in military camps and installations.”

The AFP downplayed the concerns and insisted the China-backed telco’s equipment will be built on existing communication towers, “not necessarily inside camps.” Dito’s facilities will be “separate” from the military’s, and there are “safeguards in place,” the AFP added.

The deal with Dito only replicates existing arrangements with Globe Telecom and Smart Communications, the military said.

Globe and Smart, however, are not linked to any foreign government with a territorial dispute with the Philippines, unlike Dito’s link to the Chinese government, which claims much of the West Philippine Sea as its territory.

Lorenzana said at the time that he was initially unaware of the agreement, and that he would study it before giving his approval.

The Department of National Defense said although it had a “concern” about letting any entity put up facilities in military camps and installations, the AFP was authorized to enter into such agreements prior to securing the defense chief’s approval.

Senator Risa Hontiveros has filed a resolution calling for an investigation of the agreement. – Rappler.com