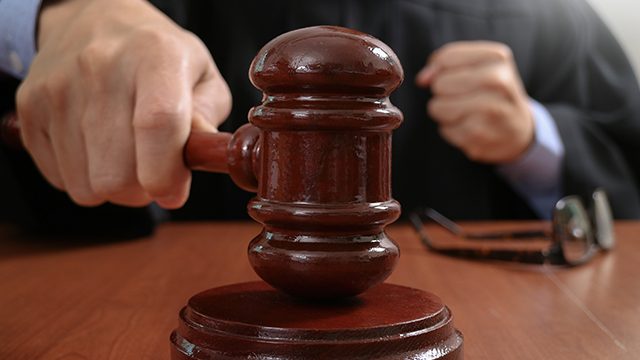 The judges-at-large have no permanent salas, and “may be assigned by the Supreme Court as acting or assisting judges to any Regional Trial Court (RTC) in the Philippines as public interest may require.”

In the past, the Supreme Court assigned assisting judges to high-profile cases such as the Ampatuan massacre.

“The said judges-at-large are entitled to salaries, privileges, allowances, emoluments, benefits, rank and title of an RTC Judge,” said Section 2(n) of RA 11459.

While the law says the judges-at-large have no permanent salas, the law provided that “after the period of the temporary assignment, the Judicial and Bar Council (JBC) shall recommend to the President the permanent sala to which the judge-at-large shall be appointed.”

As of August 27, 2019, there are still 742 unfilled positions for regular lower court judges.

Vacancy of judge positions in the lower court has been a perennial problem in the Duterte administration.

The JBC also screens applicants for judges-at-large, who shall be appointed by the President.

The law also created 50 positions for judges-at-large for Municipal Trial Courts (MTC), who shall be entitled to salaries and benefits of an MTC judge.

For the RTC judges-at-large, the qualifications are natural-born Filipinos at least 35 years old and with at least 10 years of legal practice or has held a public office requiring admission to the practice of law as an indispensable requisite.

For the MTC judges-at-large, the qualifications are natural-born Filipinos at least 30 years old and with at least 5 years of legal practice or has held a public office requiring admission to the practice of law as an indispensable requisite.

The budget will be charged to the judiciary.

The High Court is tasked to come up with the Implementing Rules and Regulations (IRR). The law was signed on August 30 but was released to media only on Wednesday, September 25. – Rappler.com