Sep 27, 2019 2:10 PM PHT
Lian Buan
Facebook Twitter Copy URL
Copied
(UPDATED) 'My lawyers would be presenting lots of evidence to debunk this fantastic allegation,' says Senator Antonio Trillanes IV, who has been summoned to appear before the Department of Justice on October 11 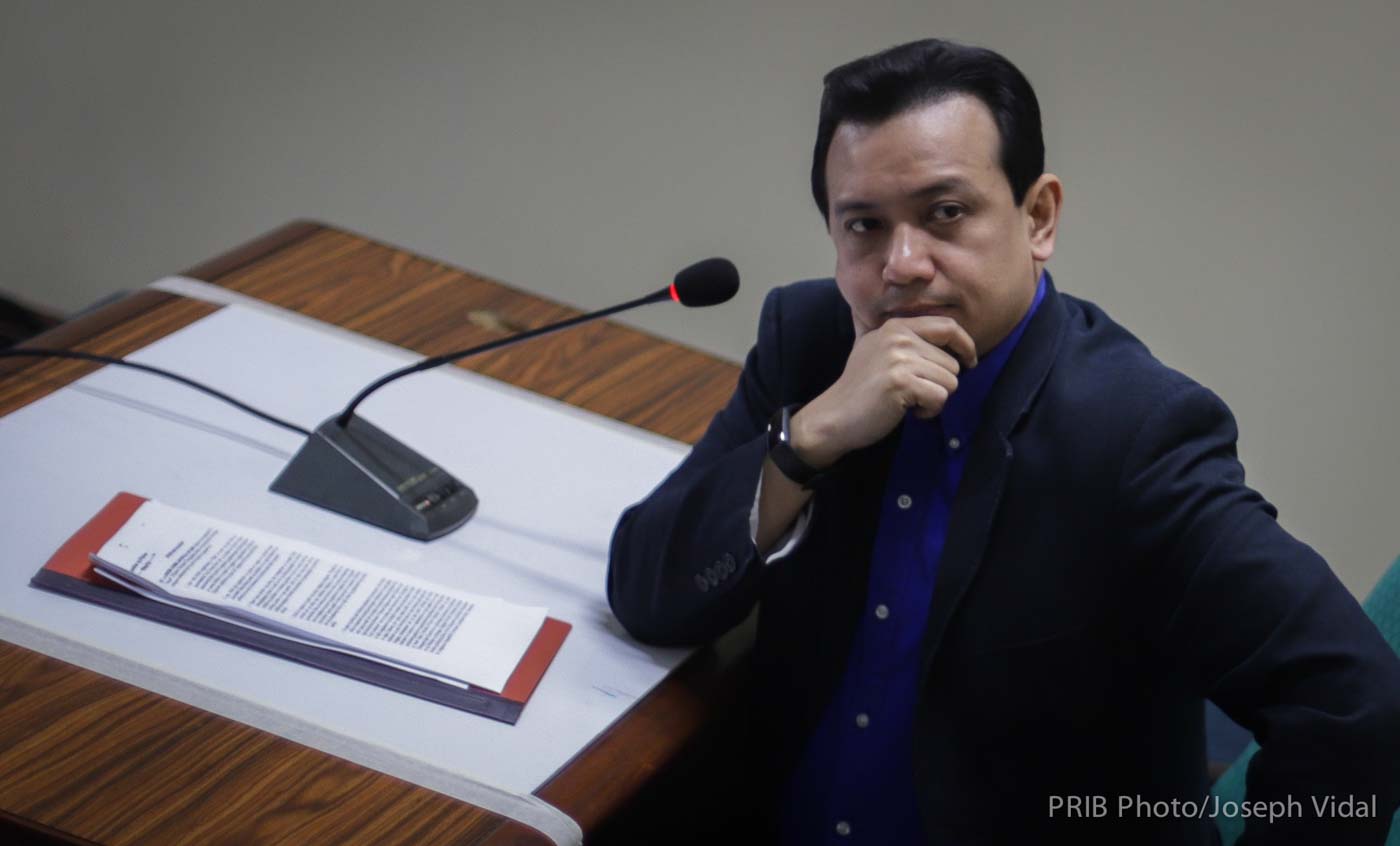 MANILA, Philippines (UPDATED) – The Department of Justice (DOJ) has summoned former opposition senator Antonio Trillanes IV in the kidnapping complaint filed against him by a woman named  Guillermina Arcillas.

The DOJ sent a subpoena to Trillanes to appear before the prosecution panel on October 11 at 2 pm.

“You are hereby warned that failure on your part to comply with the subpoena shall be considered as waiver of your right for investigation to verify and confirm the allegations of your complaint and the case shall be considered submitted for resolution based on the evidence on record,” said Assistant State Prosecutor Gino Paolo Santiago.

Arcillas accused Trillanes, Jesuit priest Albert Alejo, and lawyer Jude Sabio of  keeping her in a convent in Metro Manila in December 2016, and barred from going out until she signed what she said was a “ready made” affidavit.

Arcillas claimed the “ready made” affidavit would accuse President Rodrigo Duterte of involvement in the drug trade.

Trillanes had called this complaint a clear “harrassment case and persecution.”

Arcillas was the same witness against Trillanes who claimed in 2017 that she was coached and bribed to testify that Duterte was involved in the drug trade. Trillanes had denied the accusation, saying it was Arcillas who had volunteered the information against Duterte to Sabio way back in 2016, but that they decided she was not credible.

The Office of the Solicitor General (OSG) had tried, but failed, to present Arcillas as a witness in a separate probe over the sedition case anchored on the allegations of Peter Joemel Advincula also known as Bikoy.

Trillanes slammed the complaint as another fabricated allegation” and “another desperate measure of the Duterte administration to persecute and silence the political opposition.”

“Just the same, my lawyers would be presenting lots of evidence to debunk this fantastic allegation,” he said.

Trillanes noted that he had never met Arcillas, and that what he knew about her was that like Advincula, she “approached the religious community to seek sanctuary because of her supposed damaging information against Duterte.”

“In the meantime, she asked different overseas Filipinos for financial support for her plight. But once they noticed that she had only been making up stories to extort money, they stopped sending. She then turned to the other side and started claiming that she has been forced by those who gave her sanctuary,” Trillanes said.

“In short, she is accusing a priest and a nun, for kidnapping her in a convent. But then for political impact, she included me in her allegation. That’s as absurd as Duterte saying that I didn’t apply for amnesty,” he added. – Rappler.com