P35M worth of shabu seized at NAIA, suspect arrested 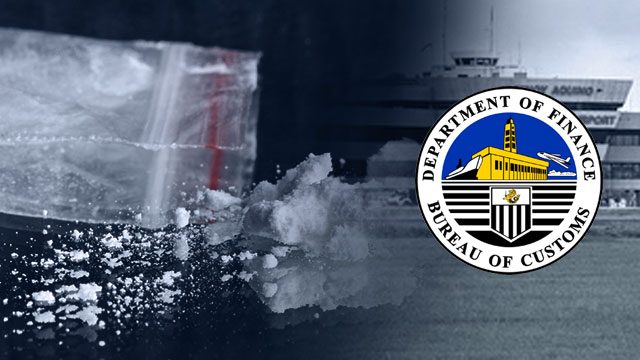 Facebook Twitter Copy URL
Copied
The suspect, who was on a Philippine Airlines flight from Hanoi, Vietnam, escapes as customs agents try to check his luggage. He is eventually captured in Tarlac.

MANILA, Philippines – The Bureau of Customs (BOC) at the Ninoy Aquino International Airport (NAIA), with the help of the Philippine Drug Enforcement Agency (PDEA), arrested a passenger from Vietnam who landed with P35 million worth of shabu inside his luggage on Saturday, September 28.

The owner of the luggage, who arrived on a Philippine Airlines flight from Hanoi, left his two bags when he was asked to be inspected.

The bags were inspected by the Customs Anti-Illegal Drugs Task Force, and about 5.16 kilograms worth of white crystalline methamphetamine hydrochloride – or shabu – were found.

The passenger left his luggage behind and escaped, but was eventually nabbed in Tarlac City at around 4 pm the same day. The BOC at NAIA coordinated with PDEA Central Luzon to capture the suspect.

Cases will be filed against the suspect for violating Republic Act 10863, or the Customs Modernization and Tariff Act, and Republic Act 9165, the Comprehensive Dangerous Drugs Act. – Rappler.com