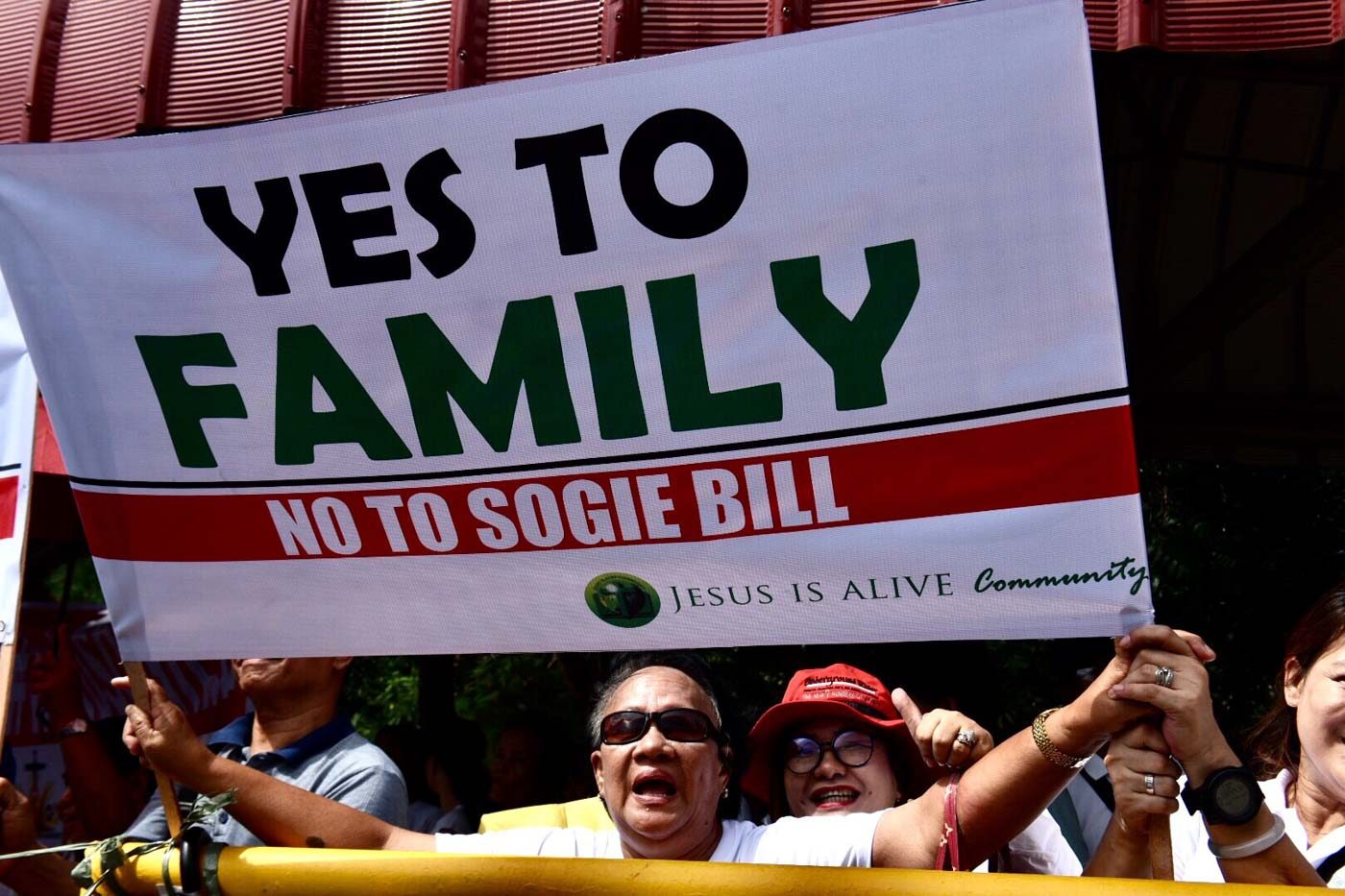 MANILA, Philippines – At least 15 senators are not in favor of the SOGIE (sexual orientation and gender identity and expression) equality bill, Senate President Vicente Sotto III said on Monday, September 30.

In a news briefing with House Deputy Speaker Eddie Villanueva, founder of the Jesus Is Lord Church, Sotto said the chances of the bill getting approved in the upper chamber are dim, since more than half of the 24 senators are “against” the bill.

“We can safely say – and we have studied this proposition already – there’s no need for it. It’s a redundancy,” Sotto said.

Asked to clarify if it meant that the bill will not pass, the Senate President said “yes,” as 15 senators and “counting” are not sold on approving the measure.

The briefing with Villanueva took place as an exhibit on SOGIE was launched within the Senate halls.

Villanueva claimed that the SOGIE bill will “destroy the family,” as the measure is “not fit” for Filipino culture.

(Filipino culture is already enough for the Philippines to be a great nation. Why do we need to import the template of Western countries just to drastically change our country’s system?)

‘Bring it to plenary’

In a separate interview, Senator Risa Hontiveros, the primary author of the bill, said it would have a fighting chance if brought to the plenary.

(If he’s saying that majority are against the SOGIE equality bill, then let’s bring it to a vote. There’s no need, no reason to lengthen the interpellation here.)

Hontiveros said that based on their camp’s count, the bill has a “strong fighting chance,” contrary to what Sotto said. (WATCH: Rappler Talk: Challenges faced by SOGIE equality bill at the Senate)

So far, the Senate committee on women, children, family relations, and gender equality has held 3 hearings on the proposed measure.

The Senate President argued that the SOGIE equality bill faces rejection in the upper chamber as it “transgresses on academic freedom, religious freedom, and women’s rights.”

President Rodrigo Duterte earlier said he would “certify as urgent” the SOGIE equality bill, but it turned out that he is supporting a general anti-discrimination bill. – Rappler.com