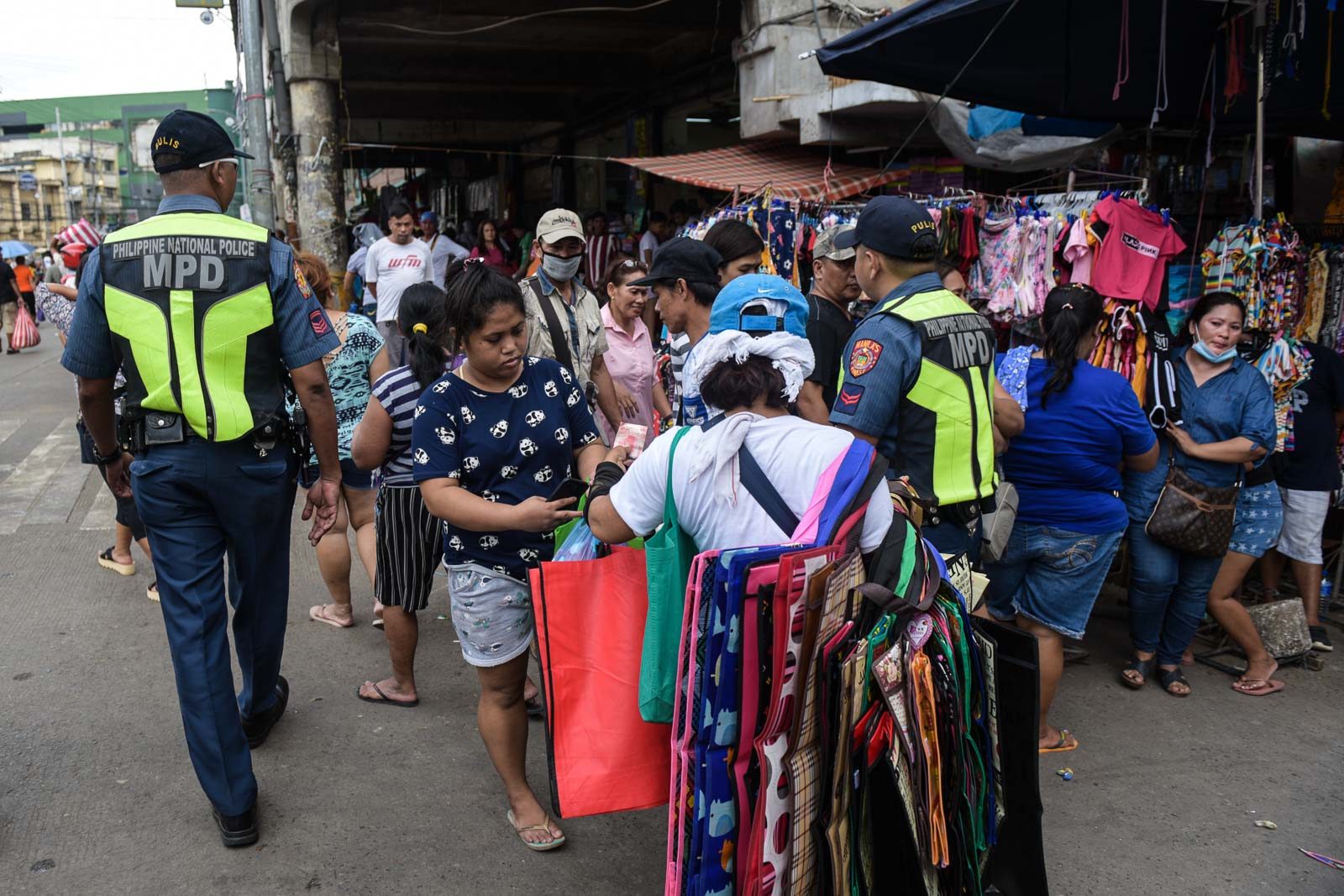 MANILA, Philippines – A day after the deadline for clearing roads for all local government units in the country, some of the capital’s commercial streets in Divisoria and Quiapo buzzed with activity on Monday, September 30.

They were not selling. They were rushing to take their goods down. There was a road-clearing operation coming, and they knew what would happen next.

The Manila City government was cramming the clearing of roads as the Department of the Interior and Local Government prepared to inspect the country’s main thoroughfares. President Rodrigo Duterte ordered the total clearing of all illegal obstructions within a 60-day period that ended on September 29.

An order from the city mayor warned barangay officials and vendors ahead of what was to come.

In a memorandum from the office of Manila Mayor Isko Moreno, signed by Romeo Bagay, all barangay captains were told that “obstruction compliance validation for the City of Manila will start on September 30, 2019 to October 5, 2019.”

“We hereby direct all barangays to be extra vigilant in their clearing operations, especially during the said period,” the order reads. For many barangay officials, being “extra vigilant” meant placing thousands of livelihoods in an indefinite halt. Rappler went around the Quiapo and Divisoria districts and found vendors dismantling their goods, afraid of cops taking their sources of livelihood away.

This order, as vendors and barangay officials knew, could not last forever.

“Malinis na ang mga kalsada, pero pati ang bituka namin, malinis na,” said 80-year-old vendor Norma Guillen, before laughing at the tough times ahead. (The roads are clean, but even our stomachs are empty too.) She used to sell clothes near Quiapo Church, but was told to stop to make way for the DILG’s inspection. According to barangay officials Rappler spoke to, they could only afford following the total clearing of road within the time period prescribed by the memo. It means that after October 5, vendors would be allowed to set up again.

They said vendors had been allowed by Manila Mayor Isko Moreno the space of a meter from the gutter to set up. But then the DILG ordered for a total phaseout, according to President Rodrigo Duterte wishes. 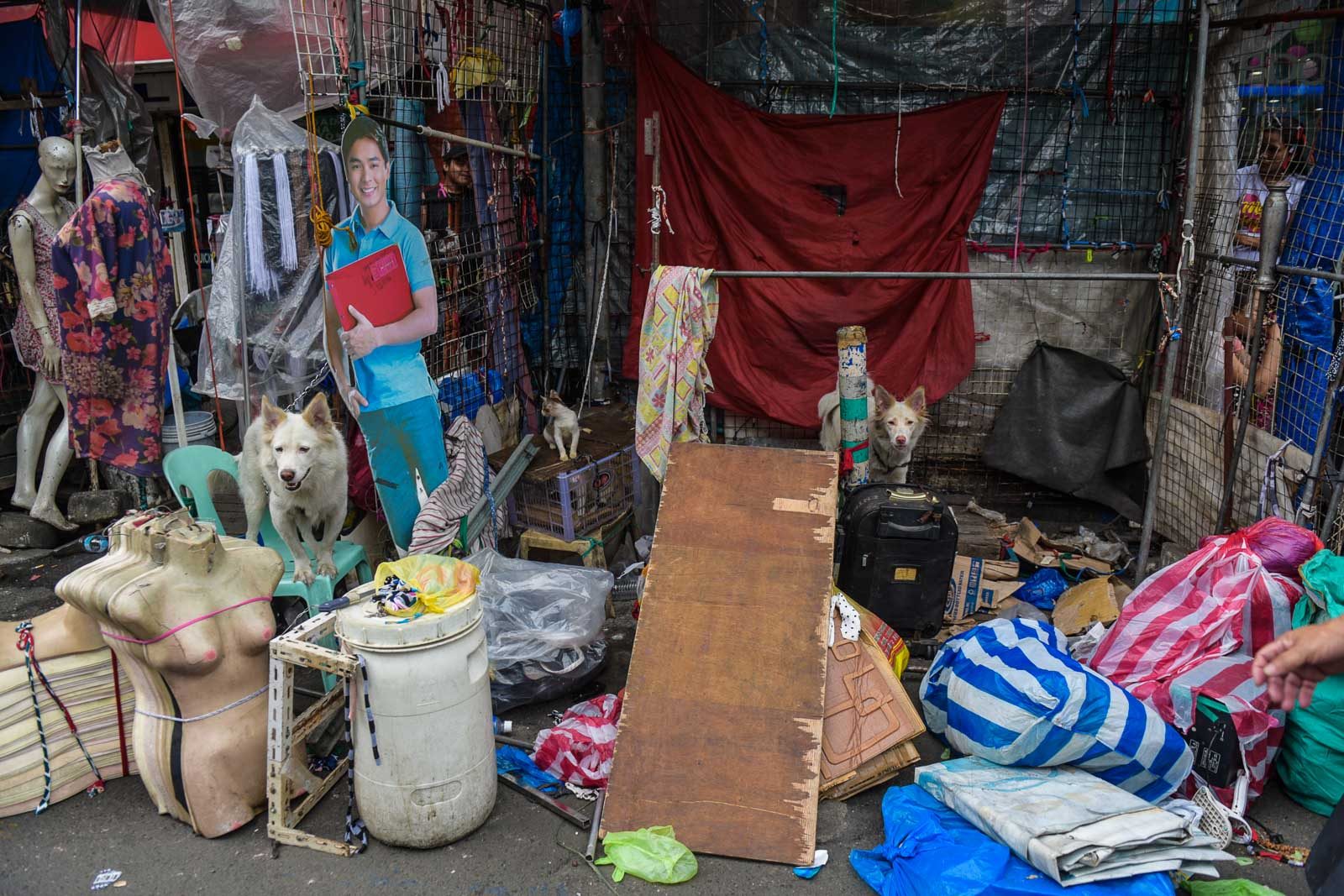 He said many of his constituents had begun bugging officials like him about when they could return. He could not give them a definite answer.

After the vendors were sent away, they could not find other sources of livelihood as most of them have no high school and college degrees. They also could not simply transfer to other areas, as road-clearing operations happened everywhere.

Asked if he was sure they could persuade Moreno and DILG to return their allowances, however, Choo said he was also uncertain. He had not spoken to Moreno personally.

Is the renewed Manila for all? Moreno earlier said that he would provide areas where vendors could remain. These areas have been marked by light blue paint, the color of his local party, Asenso Manileño.

In the main streets – Carriedo in Quiapo, and Ylaya in Divisoria – the asphalt has been marked, with vendors following their boundaries, crossing over by a few tolerated inches.

Vendors also laud their new routine: they stopped bribing anyone to stay where they were. Before, they would hand P200 to P300 a day to cops and barangay officials, they said. But now they only paid P20, and they were given a receipt. Co recounts that many of his friends have been jobless since Moreno started his road-clearing trips, way ahead of Duterte ordering for their removal. While the streets have been marked, the spaces for setting up have been diminished, leaving many without any reserved spot.

In an earlier interview with Rappler, Moreno said the roads would be freed of non-Manileño vendorsm. In a text message on Monday, Moreno said his government had been trying to accommodate them through “perpendicular streets” in Recto, Blumentritt, Quiapo, and Tutuban.

“We are still looking for other places for them,” Moreno added.

But Co said that even his Manileño friends had been driven away as the local government rushed to meet a deadline imposed from above.

“Maraming nawala, naghihirap sa Recto. Taga-Maynila kami, taga-Maynila sila. Nawala nga ‘yung kurap, kaso maraming naghirap,” he said.  (Many have left Recto and are struggling. We are from Manila, and they are from Manila. The corrupt are gone, but many have fallen to poverty.) – Rappler.com