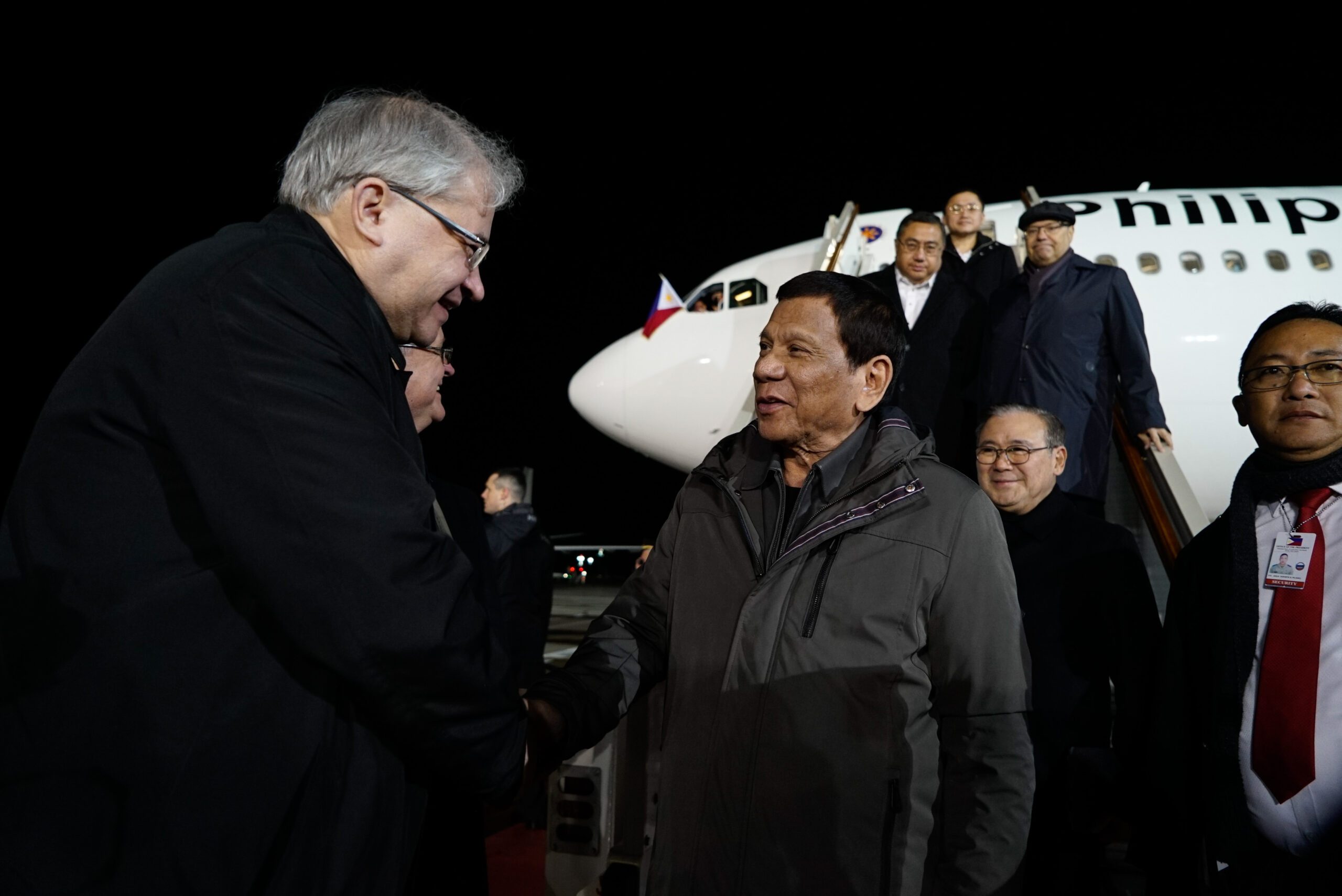 Duterte’s plane landed at around 3 am on Wednesday at the Vnukovo Military Base Airport. He will be in Russia until Saturday, October 5. Aside from Moscow, the Philippine leader will also visit Sochi city.

With him are top economic and security officials, as well as his longtime aide and now senator Bong Go. The delegation includes the following:

Aside from the government delegation, businessmen and corporate representatives are joining Duterte’s official trip. They will participate in a business forum with Russian executives that has been organized by the Department of Trade and Industry especially for Duterte’s visit.

What will Duterte be up to in Russia this time around? Here’s a list of major events during the trip. (READ: Duterte’s Russia activities: Speeches at think tank forum, institute for Russian diplomats)

Duterte’s meeting with Putin, who the Philippine chief executive has called his “idol” and “favorite leader,” will be their 4th so far.

They previously met in Vietnam during the November 2017 Asia-Pacific Economic Cooperation (APEC) summit in November, preceded by their meeting in May 2017 when Duterte first visited Russia. Their first encounter was during the 2016 APEC summit in Peru.

Duterte’s October Russia visit is meant to enhance cooperation on many policy aspects, including economic exchange.

But she said that many economic opportunities await the Philippines, especially when it comes to trade in agricultural goods.

Defense and the possible purchase of Russian defense equipment is likely on the agenda, given the presence of Filipino security officials in the delegation.

In their last meeting, Duterte and Putin spoke of enhancing defense cooperation in the form of the Philippines’ readiness to buy defense assets from Russia and an agreement to open up each other’s ports for the military vessels of the other.

In his 2017 visit to Russia, Duterte was supposed to visit a military shipyard in St Petersburg.

Duterte had to cut short that trip following the eruption of the Marawi siege. – Rappler.com