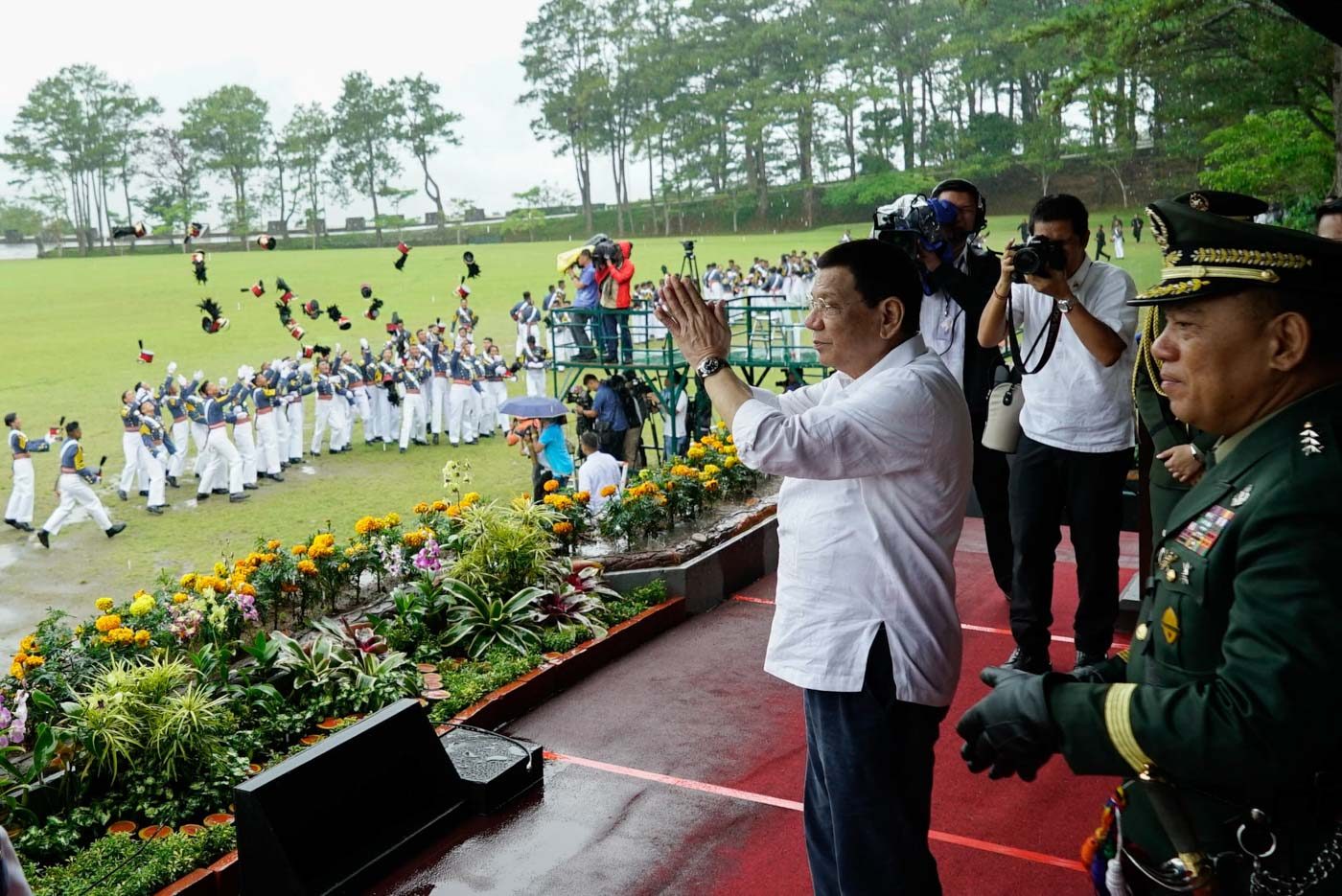 MANILA, Philippines – Over a year after he signed the Anti-Hazing Act of 2018, President Rodrigo Duterte said it is impossible to stop hazing.

(I really can’t take it out. You, if you enter a fraternity and you get caught up in it, too bad for you. You really can’t eliminate it.)

Duterte claimed he himself was a victim of hazing and had been “hospitalized for 3 days” due to “massive hematoma.” He and some fellow fraternity mates supposedly tried to ask their fraternity to stop physical forms of hazing, to no avail.

“Unless you ban fraternity for all time, make it a criminal offense by joining a fraternity but that would raise so many constitutional issues. I really can’t stop it,” the President said.

But a year ago, in June 2018, Duterte had signed the Anti-Hazing Act of 2018 or Republic Act No. 11053, which bans all forms of hazing. (READ: [ANALYSIS] When Duterte doesn’t know what he’s talking about)

Prior to the passage of this law, hazing was prohibited only when there’s no prior written notice to school authorities or the organization head.

Duterte’s expression of doubts in stopping hazing comes amid public outrage over the death of Philippine Military Academy (PMA) cadet Darwin Dormitorio. The 20-year-old died due to injuries caused by hazing.

The incident led to the resignation of top PMA officials.

Asked about his take on the incident, Duterte said he would refrain from commenting until the PMA and the Baguio City police finish their respective investigations.

He expects any final appeals to reach his desk for his decision, which would “greatly depend on what is recommended” by the PMA and the police. – Rappler.com