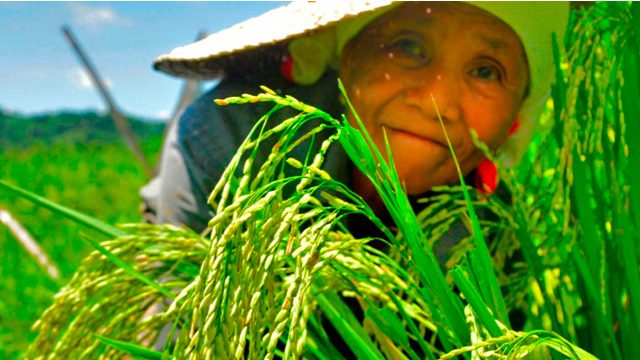 Senators adopted Senate Joint Resolution (SJR) No. 8, which aims to authorize the Department of Social Welfare and Development, in coordination with the National Food Authority, to buy palay from local farmers under the Pantawid Pamilyang Pilipino Program (4Ps) rice subsidy program.

Under the measure, these offices will purchase from the following provinces that have “an excess of palay production”:

Since it’s a joint resolution, the Senate still has to vote on 3rd and final reading.

If both chambers pass the measure on final reading, and if it gets the President’s signature, the palay would be bought using the remaining 2019 allocation in the 4Ps rice subsidy funds. Currently, the program has at least P6.97-billion undisbursed allocation.

Under the 4Ps, beneficiaries receive a monthly rice subsidy of at least P600 per month. But SJR 8, if passed, would require the DSWD to distribute actual rice bought instead of money for the remaining days of 2019.

Over the course of the interpellations, Senate Minority Leader Franklin Drilon had expressed objection to the proposed measure, given the lack of time to implement it within the year if it would be approved.

The Congress goes on recess by October 5 and will resume on November 3.

Pangilinan, meanwhile, believes that the remaining allocation to buy rice from local farmers “may not be enough.” He proposed that a direct cash assistance should complement the palay purchases.

Signed last February, the rice tariffication law replaced quantitative restrictions on rice imports with tarrifs. It mandated a P10 billion worth of subsidy under the Rice Competitiveness Enhancement Fund (RCEF) to cushion the law’s effects on local farmers.

But RCEF is only meant for the purchase of equipment, as well as research and seed input, credit, and trainings and seminars.

The goal of the new law was to lower domestic rice prices, and farmgate prices of palay have reportedly dropped to as low as P7 per kilo in some areas. (READ: [ANALYSIS] Plummeting rice prices: How will our rice farmers cope?)

Despite lower palay prices, the National Economic Development Authority is not keen on setting a floor price, arguing that it would “go against” the purpose of the rice tarrifcation law.

At the House of Representatives, two joint resolutions were filed – one seeks to mandate an immediate release of funds to the National Food Authority for the purchase of palay from local farmers, while the other seeks to amend the rice tarrification law. – Rappler.com