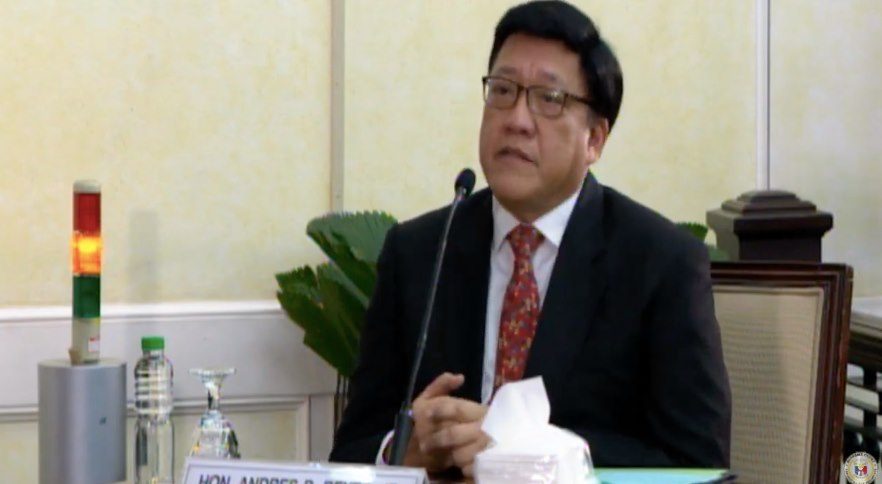 Facebook Twitter Copy URL
Copied
If he's not appointed in this round, the justice will say goodbye to his chances of being top magistrate

MANILA, Philippines – Supreme Court (SC) Associate Justice Andres Reyes Jr said on Wednesday, October 2, that his honesty is his best asset as he made his last pitch for chief justice.

Reyes, currently the seventh justice in the hierarchy, is applying for chief justice for the third time. (READ: How they voted: Meet the chief justice aspirants for 2019)

Reyes applied for chief justice after Maria Lourdes Sereno was ousted even though the sentiment at the time was to restore the tradition of respecting seniority in the High Court. Sereno ruffled feathers for being appointed chief justice when she was just a junior member of the en banc.

Reyes was appointed to the Supreme Court in July 2017 by President Rodrigo Duterte. He will retire in May 2020, which means this is his last chance to be chief justice.

Reyes has earlier said that even though he is junior in the Supreme Court, he is senior in the judiciary, having started his career as a judge in 1987. Before the SC, he was presiding justice of the Court of Appeals.

“One reform that is really needed is a good working computer system for the Court of Appeals, as well as for the Regional Trial Courts,” Reyes said, adding that it can be done within his short term should he be appointed.

Reyes said that the ponencia that best showed his “intellectual leadership” was his decision that invalidated the Hold Departure Order (HDO) issued against former president Gloria Macapagal Arroyo by then justice secretary Leila de Lima. The decision reiterated that only courts, and not the Department of Justice, can issue HDOs.

“It’s just a plain reading of the Constitution, a plain textual reading, they would say an originalist, or exercising judicial restraint because we don’t interpret the Constitution more than what it means,” Reyes said.

Reyes has consistently voted in favor of Duterte and Duterte-interest cases since he was appointed. In the West Philippine Sea oral arguments, Reyes said the Philippines is better off spending on the cleanup of the Pasig River than protecting our maritime territories.

Reyes dissented in the controversial flip-flop decision to hand Philippine Airlines (PAL) a win over retrenched workers, saying that rules prohibit the appeal of PAL lawyer Estelito Mendoza which was in the form of a simple letter and not even a formal pleading. The letter resulted in a PAL win 20 years later, a decision that Associate Justice Marvic Leonen called as having “besmirched our legitimacy.”

Reyes belongs to the clan that owns the popular Aristocrat restaurant. JBC member retired judge Toribio Ilao asked Reyes how he will deal with his “business associates” who may ask favors.

“I always tell them, Your Honor, that I cannot help them, because, I told them, it’s not my thing to really accommodate people for favors in the court,” Reyes said.

Asked what makes him qualified to lead the judiciary, Reyes went back to honesty.