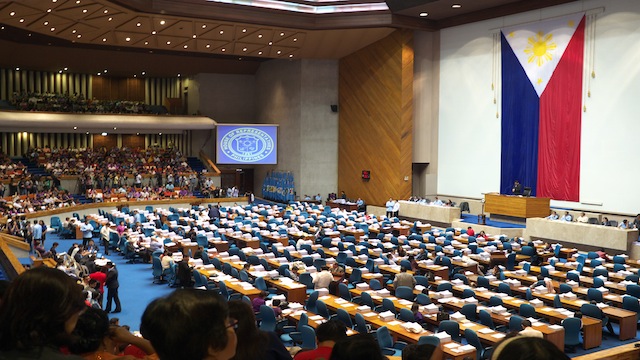 MANILA, Philippines – The Reproductive Health Law had to take a long and rough road before it finally hurdled both chambers of Congress. But the wait is not over.

The Supreme Court issued a status quo ante order against the RH law on Tuesday, March 19 — stopping the law’s implementation for 4 months — but solons who pushed for the bill in the House of Representatives are confident the order is a temporary setback.

Albay Rep Edcel Lagman, principal author of the measure in the House, said the Tribunal’s order to maintain the status quo while it sets oral arguments on the issue is “only a temporary delay” that will give the justices ample time to study the petitions challenging the law’s constitutionality.

“I firmly believe that eventually the constitutionality of the RH law will be sustained,” he said in a statement. “The RH advocates had prevailed in the legislative and executive departments, and they will likewise triumph in the High Court,” he added.

Only last Friday, March 15, the Department of Health released the implementing rules and regulations of the RH law. The law was supposed to be fully implemented Easter Sunday, March 31.

The SC order puts everything on hold.

House Deputy Majority Floor Leader Janette Garin said that although she respects the SC, delaying the implementation of the law only means “more mothers dying everyday, more children being orphaned and many Filipino families being deprived of their choice to have a better quality of life.”

“What is commendable though in the SC’s decision, is that it is timebound. Hence, our agony will not be forever. May the SC come out strong, brave and committed to the call of many Filipinos whose desire for a better life is something that their consciense should consider. May they give justice to deprived couples who have served as collateral damage because of the lack of political will of previous administrations,” she told Rappler in a text message.

“We respect the status quo ante order issued today by the Supreme Court on the Responsible Parenthood and Reproductive Health law. This is well within the court’s power and just a temporary setback. I am hopeful the main issues will be deliberated on so that these can be resolved as soon as possible,” Belmonte said in a statement.

We WAIT calmly. We HOPE for a rational decision. We NEVER give up. #RHbill

The Supreme Court scheduled the next oral argument for the RH Law on June 18, after the election season.

Ifugao Rep Teddy Baguilat Jr. questioned the timing of the order, saying that it “could have been timed to hit pro-RH legislators” in the May election.

“At the onset, I’m disappointed. It’s bad enough that majority of the SC voted to suspend the implementation, but why wait until June for oral arguments to be heard when this has been one of the most debated laws in the history of Congress?” Baguilat asked.

The Catholic Church vigorously lobbied against the law when it was still being deliberated in Congress.

The divisive measure has become an election issue and some members of the Catholic Church continue to weigh in on the debate. Case in point: the Diocese of Bacolod has launched a campaign urging voters not to support candidates who voted against the RH law.

It identified candidates who voted for the RH law as “Team Patay” while bets who voted against the controversial measure were dubbed as “Team Buhay.” – with reports from Angela Casauay/Rappler.com