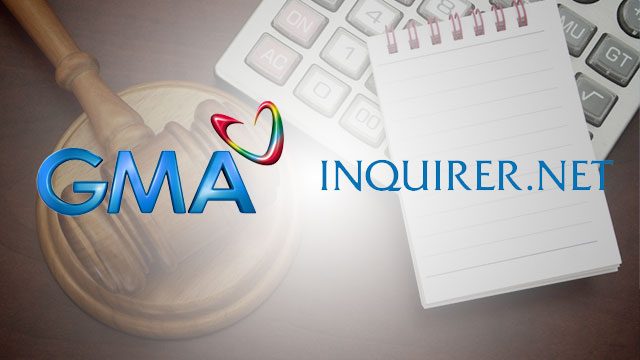 The Bureau of Internal Revenue (BIR) filed on Thursday, October 3, a complaint against INQ7 for violation of Section 255 of the Tax Code or failure to file return, supply correct and accurate information, pay tax withhold and remit tax and refund excess taxes withheld on compensation.

Filed before the Department of Justice (DOJ), the BIR said INQ7 Interactive Inc, its chairman of the board Gozon, and its president Prieto are liable for P23 million.

“Together with its responsible corporate officer, INQ7 is being sued for a total tax liability for taxable year 2006 amounting to P23,479,467 inclusive of increments,” the BIR said.

INQ7 was a joint venture of GMA 7 and Inquirer, which previously published articles until it dissolved and both media organizations put up their own news websites.

According to BIR Makati, INQ7 was served the necessary assessment notices but that it “failed to either pay or protest and submit relevant supporting documents to either substantiate their claims or to refute said assessments or to file an appeal with the Court of Tax Appeals (CTA), hence making the said assessments final, executory, and demandable.”

BIR added that it also issued warrants of garnishment, but INQ7 did not have properties that may be levied, and had no bank accounts that may be garnished.

BIR said it also sent a demand before suit (DBS) to INQ7, but “it proved futile.”

“The respondents’ obstinate failure and continued refusal to pay their long overdue deficiency taxes, despite repeated demands, constitute willful failure to pay the taxes due to the government,” said the BIR.

The Prietos were previously engaged in a battle over its property Mile Long. (READ: Duterte’s target: The Philippine Daily Inquirer)

INQ7 was among the 11 corporations that BIR filed a similar complaint against.