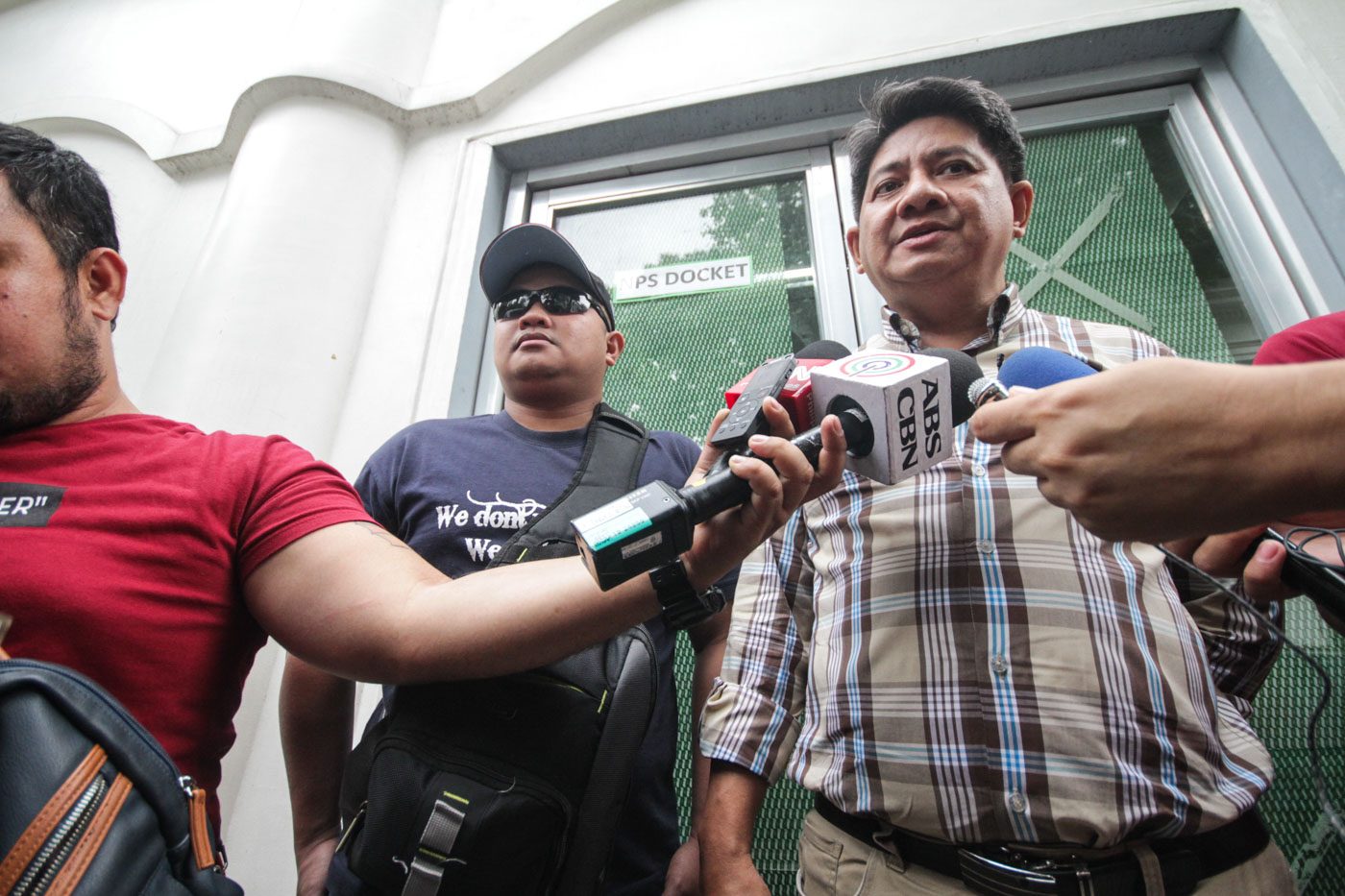 MANILA, Philippines (3rd UPDATE) – It turns out that the Supreme Court (SC) had imposed a 3-month suspension on controversial lawyer Larry Gadon in June.

The SC Second Division imposed the 3-month suspension on Gadon in a resolution dated June 26, to “commence immediately upon the receipt of the resolution.”

The timeline is critical because on July 18 – barely a month after the resolution – Gadon represented Peter Joemel Advincula alias Bikoy  when the PNP Criminal Investigative and Detection Group (CIDG) filed the inciting to sedition complaint against Vice President Leni Robredo and other key members of the opposition and their supporters.

Gadon had appeared in Department of Justice (DOJ) hearings since then.

The SC suspended Gadon for violation of Rule 8.01, Canon 8 of the Code of Professional Responsibility which prohibits laywers from using abusive and offensive language in his professional dealings.

The SC also issued Gadon with a “stern warning that a repetition of the same or similar act shall be dealt with more severely.”

The decision stemmed from the disbarment case of dermatologist Helen Joselina Mendoza  against Gadon in 2009.

Mendoza got into a dispute with Gadon when the Ambulatory Health Care Institute, where Gadon was vice president at the time, reduced the doctor’s clinic hours after a patient complained.

Demanding to be restored her clinic hours, records showed that Gadon called her letters “very stupid” and mocked her strategy of filing legal suits which he said can take up to 10 years.

The SC noted it was unbecoming of Gadon to paint the legal system in a bad light.

“Atty Gadon’s remarks about the slow justice system and insinuations that cases are won based on abundance of resources, tramp the integrity and dignity of the legal profession and the judicial system, and adversely reflect on his fitness to practice law,” the SC said.

Gadon said on Saturday that he had yet to receive the SC’s suspension order related to the case which, he said, was “10 years ago.”

“I wil file an MR. It is not yet implemented. If it was implemented, then it has already lapsed,” he said.

Gadon has other disbarment complaints pending before the Integrated Bar of the Philippines (IBP) over an incident at the SC premises in Baguio in 2018 when he lashed out at supporters of then chief justice Maria Lourdes Sereno and called them “bobo (stupid).”  (READ: Group wants Gadon disbarred over ‘madman’ behavior)

It was Gadon who initiated the impeachment case against Sereno that led to her quo warranto ouster.

Gadon was in Russia for President Rodrigo Duterte’s official visit that was to end on Saturday. He clarified that he was not there as a member of the official delegation.

“I spent for my ticket and hotel just like the entourage belonging to the business groups,” he said, adding that he had two clients – companies doing business with Russian companies.

“We are taking advantage of the goodwill of the Presidents visit to enhance trade relations,” he added. – Rappler.com