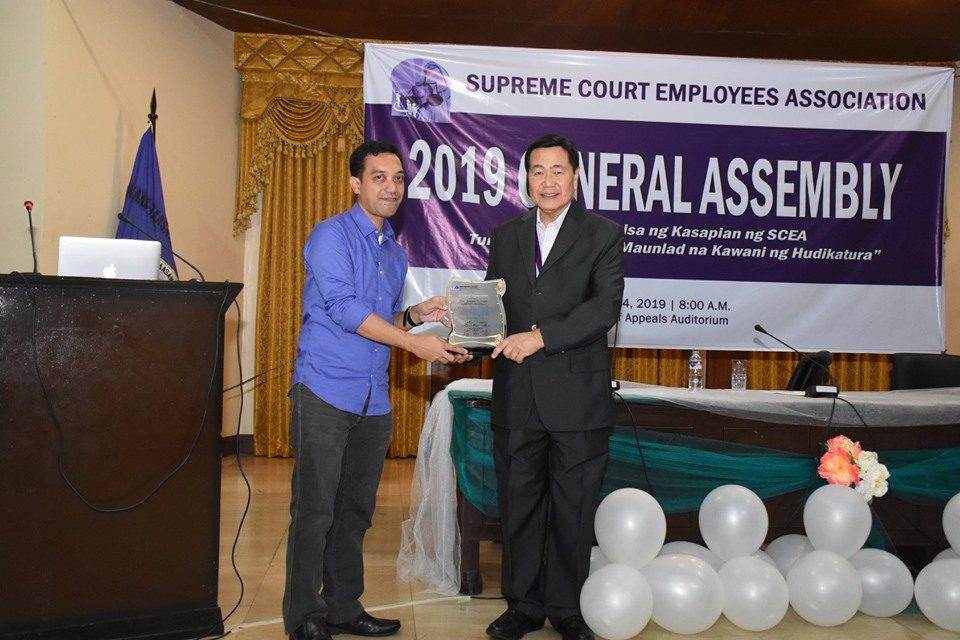 MANILA, Philippines – Supreme Court Associate Justice Antonio Carpio gave his signature West Philippine Sea lecture to Supreme Court employees– something to remember him by after he retires on October 26.

Carpio gave a lecture called “Defending Philippine Sovereign Rights in the West Philippine Sea” during the Supreme Court Employees Association (SCEA) general assembly on Friday, October 4. Carpio has given many of these lectures in the past few years, and remains to be one of the leading experts on the subject in the country.

In the judiciary, magistrates are only often heard through their decisions. But as the maritime dispute with China became a growing national concern, Carpio emerged from the silent halls of the Court to discuss the issue with the media and audiences wanting to learn and understand this complicated issue.

In the last few months, Carpio has not held back, even fact-checking and openly disputing statements and policies from officials of the Duterte government about China and sovereign rights.

This has gotten him in the crosshairs of President Rodrigo Duterte, his fellow Davaoeño.

“I would feel uncomfortable speaking about issues like that because these issues might come to Court,” said Associate Justice Estela Perlas–Bernabe.

“I would not know but I will not talk on any subject at all. I might talk about the backlog of the Court asking the public to help but not on issues which are not part of court reforms,” Reyes said.

In the writ of Kalikasan petitions concerning the enforcement of environmental and maritime rights in the West Philippine Sea, Solicitor General Jose Calida demanded the inhibition of Carpio, whom Calida said was “very active.”

“There is no compulsory ground to inhibit, but I voluntarily inhibited for the peace of mind of the Solicitor General,” Carpio said. – Rappler.com