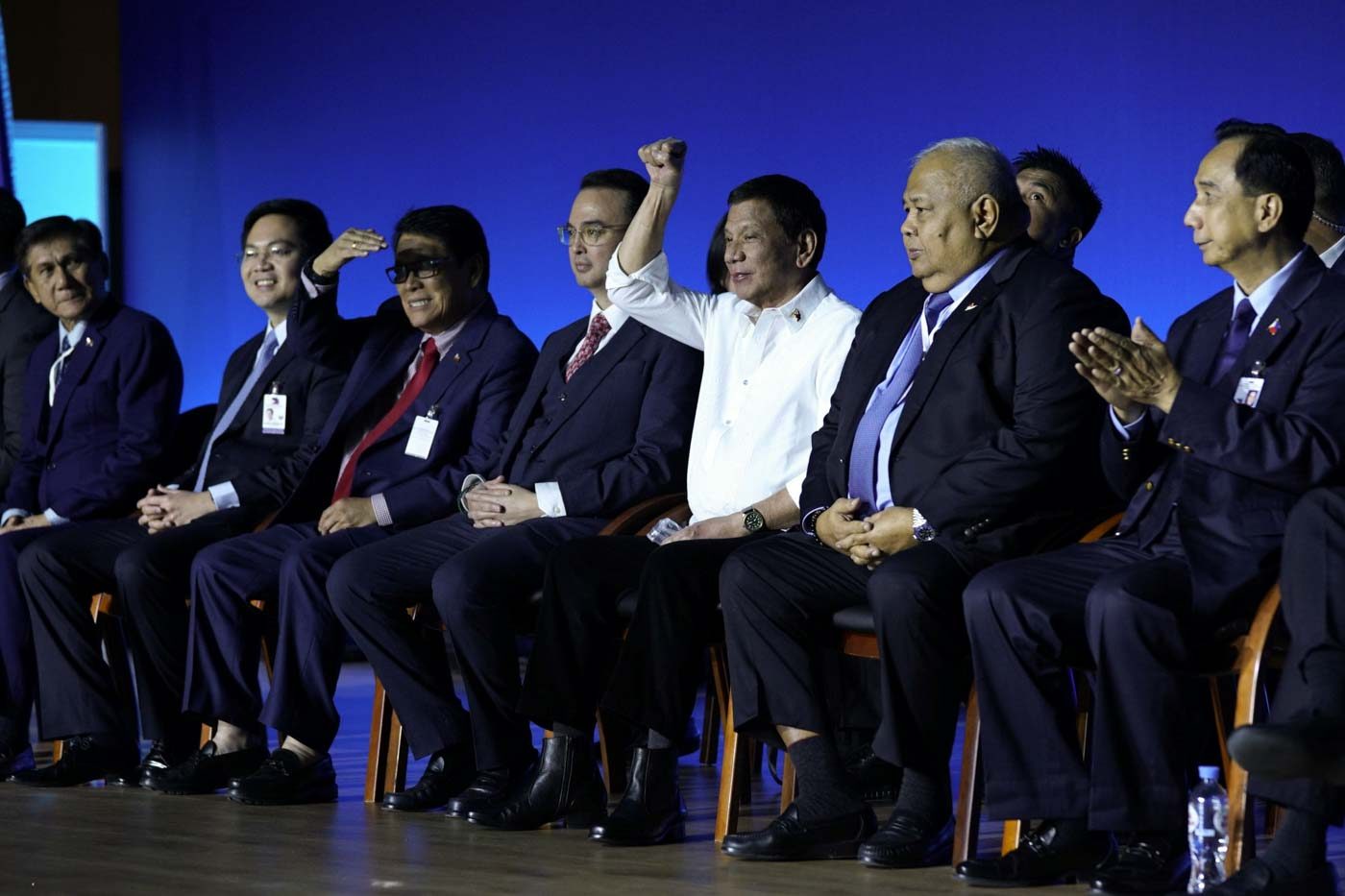 “If I cannot get the kind of support that I was expecting all along, then I’d rather, wala nang – bahala na kung sinong sumunod. Si Robredo na lang, ‘yung babae. Wala – wala kayong makuha diyan sa totoo lang,” Duterte said.

(Anyone can succeed me. Maybe Robredo, that woman. But you cannot get anything from her, to tell you the truth.)

Duterte went on to attempt to explain what he meant by the statement, alluding to a previous tiff between the two when the Vice President criticized the President’s remarks allowing police to receive gifts, but he again lost his train of thought and started to discuss the issue of the so-called ninja cops.

In 2018, Duterte called Robredo “incompetent” and “not capable of running a country like the Philippines.”

The Vice President is the first in the constitutional line of succession to replace the President  “in case of death, permanent disability, removal from office, or resignation.”

Duterte made the remark amid a looming ruling from the Supreme Court sitting as the Presidential Electoral Tribunal (PET) on the initial recount of the electoral protest filed against Robredo by former senator Ferdinand Marcos, Jr.

Earlier in the speech, Duterte defended his affinity for appointing military men in key Cabinet posts.

Duterte said it was not because he was afraid of coup d’etat, but because they are obedient and quick to act.

(They said I did that to get on the good side of the military so they don’t kick me out of office. That coup d’etat issue.)

(But when I tell them to do something, the good thing about them is if I say do this, finish this, it will really be done. That’s my experience.) – Rappler.com

BLACKPINK is coming to Manila on March 2023

DPR is coming to Manila in November