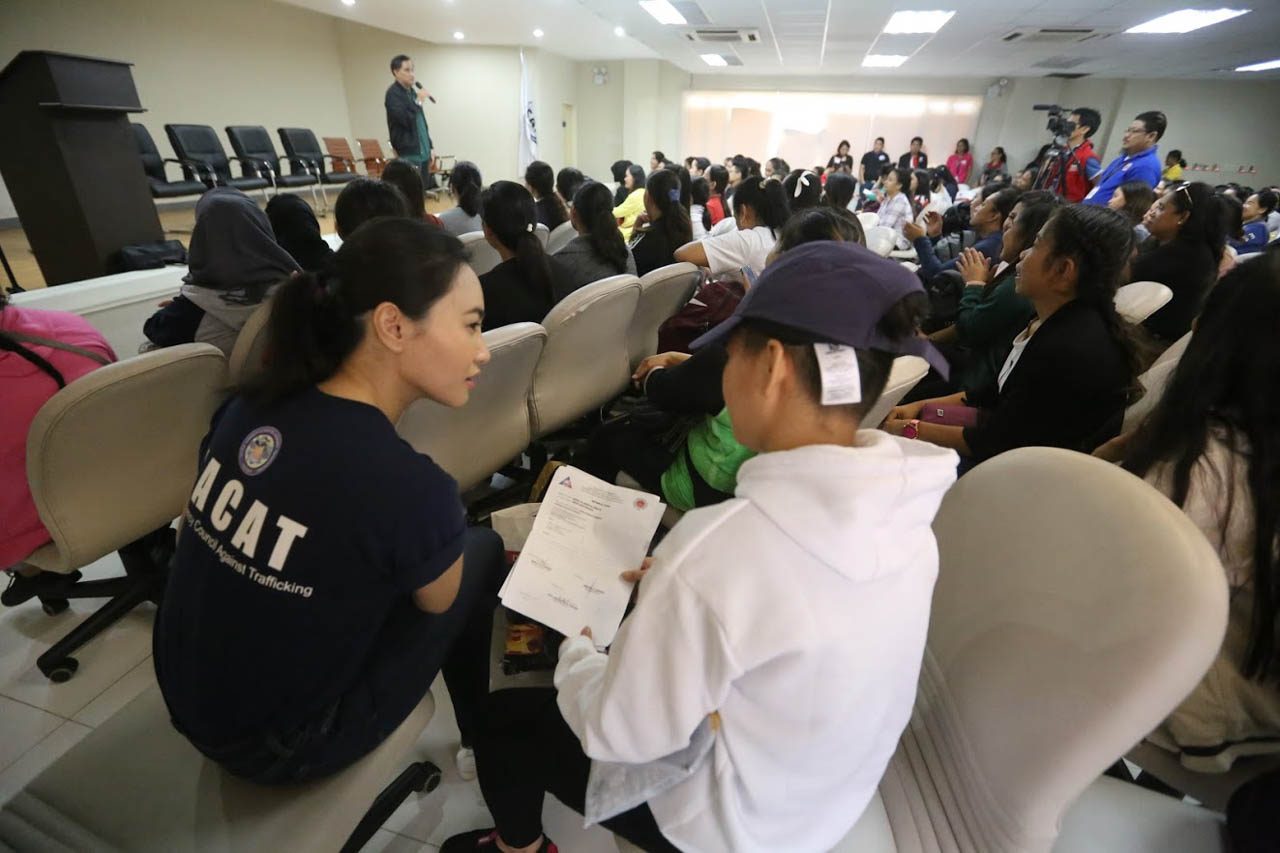 MANILA, Philippines – The Philippine government repatriated 158 overseas Filipino workers (OFWs) from the United Arab Emirates (UAE) on Sunday, October 6, many of whom were victims of illegal recruitment and human trafficking.

In a statement on Sunday, the Department of Foreign Affairs (DFA) said the new repatriates bring to more than 4,800 those who have been brought back to the country since January 2019.

The DFA said many of the OFWs who returned home on Sunday were found to have left the Philippines through short-term visas and were promised work visas by illegal recruiters.

Many of the OFWs were also “overworked, suffered maltreatment, and experienced contract violations by their employer.” (READ: Things to know about illegal recruitment in the Philippines)

According to the Department of Justice, which chairs the Inter-Agency Council Against Trafficking (IACAT), this is “one of the biggest mass repatriation efforts undertaken by government in recent memory.”

The DFA warned Filipinos not to use tourist visas to secure overseas jobs. Leaving for work without proper employment documents will leave OFWs prone to abuse and exploitation, the DFA reiterated.

The DFA also said it has been receiving reports of illegal recruitment schemes where recruiters use a country in the Middle East where visas are not required for Filipinos as “jump-off points” to send OFWs to banned destinations.

“The Philippine government strongly condemns the abuses being experienced by our OFWs in the hands of their recruiters or employers. DFA will continue to partner with other member agencies of the [IACAT] to prevent and suppress trafficking,” said Foreign Undersecretary for Migrant Workers’ Affairs Sarah Lou Arriola.

The return of over a hundred trafficked OFWs comes after the Philippines and the UAE signed a memorandum of understanding against trafficking at the 74th United Nations General Assembly. Both countries vowed to cooperate and strengthen measures to combat human trafficking and ensure the protection of women and children.