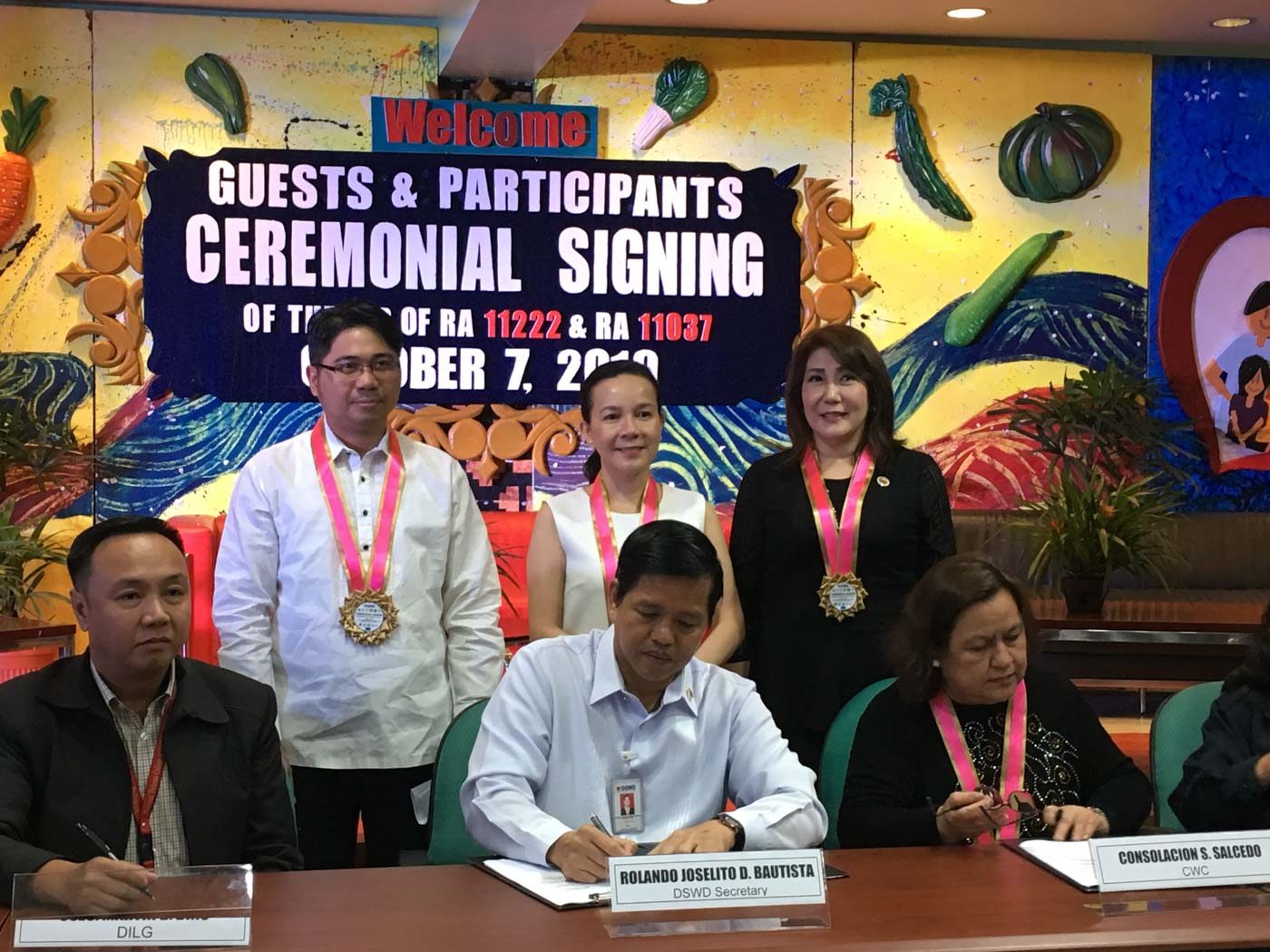 RA 11222, or the Simulated Birth Rectification Act, allows for adoptive parents who tampered with their child’s birth record to correct the document and legally adopt the child without fear of prosecution, provided it is in the “best interest of the child”. It was signed on February 21, 2019.

The child must also have been consistently considered and treated by the persons who simulated the birth as their own daughter or son.

La Union Representative Sandra Eriguel said that simulation of birth records are usually resorted to by well-meaning adoptive parents because of tedious and costly court processes for adoption.

The DSWD claims the law will simplify the adoption process and grant amnesty to adoptive parents who simulated the birth.

The program allots for the provision of one fortified hot meal per day, fresh milk, and micronutrient supplementation to all beneficiaries of the DSWD’s Supplementary Feeding Program and the Department of Education’s (DepEd) school-based feeding program for no less than 120 days a year.

Senator Grace Poe, once an adopted child herself, said in the ceremony that with better adoption and feeding program policies, these address basic needs of documentation and nutrition towards a secured future for children.

Poe appealed to cabinet officials present in the ceremony to convince President Rodrigo Duterte to certify the adoption law as urgent.

“If my parents did not legalize my adoption, it would have been difficult for me to do any basic thing: enroll in school, probably secure a marriage certificate, or even run for public office later on,” she said.

“The President has signed and enacted a law providing free college tuition to all state universities and colleges, correct? Sa tingin ba ninyo, makakarating ang mga batang ‘yun sa college kung hindi ‘yan pinakain nang tama (Do you think children would be able to make it to college if they didn’t eat well)?” she added.

“If we have to invest in infrastructure, go. In education, of course. But let us not forget the very basic: nutrition, and physical and mental well-being of the child,” Poe said. – Rappler.com