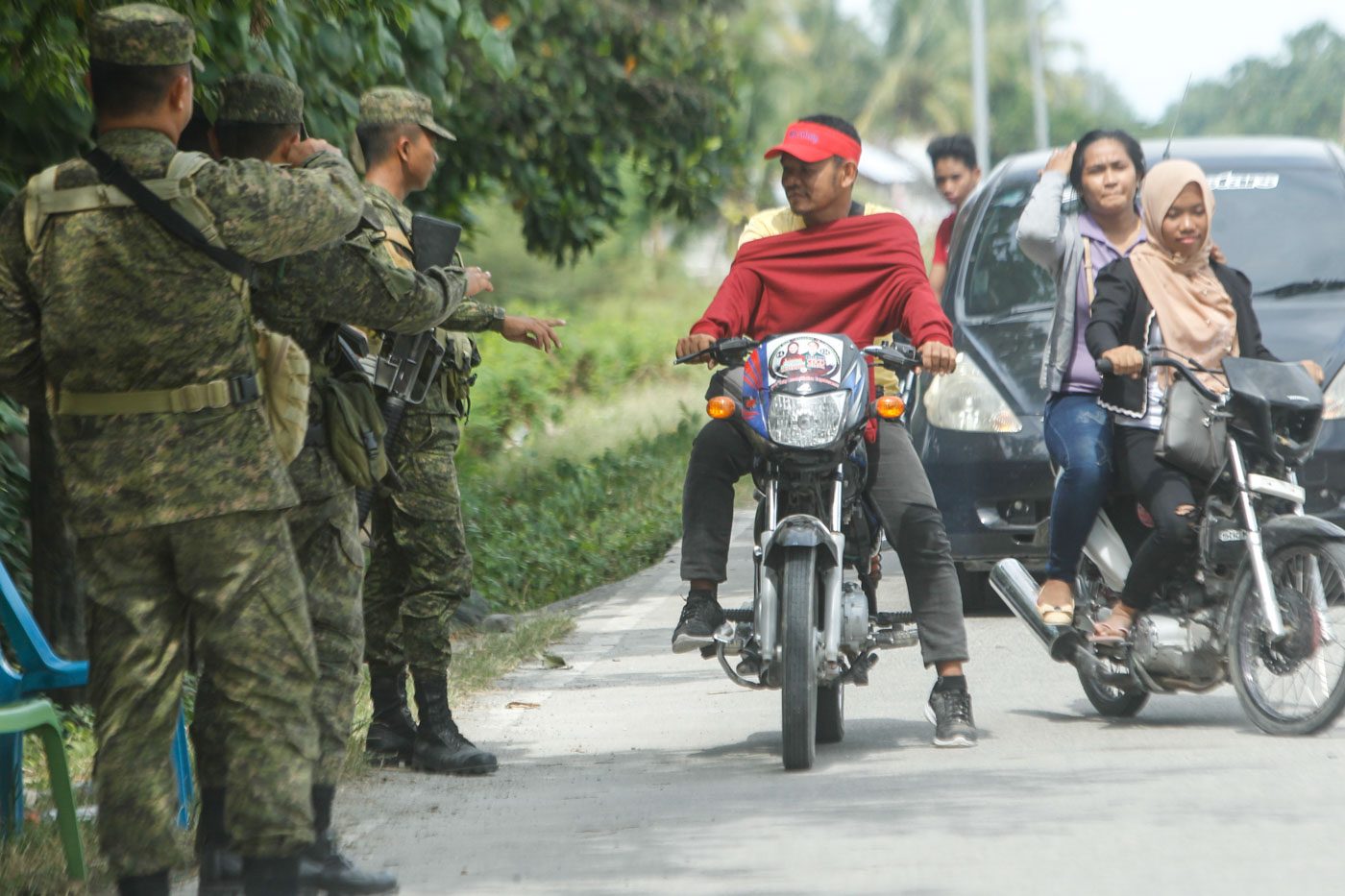 Facebook Twitter Copy URL
Copied
The gunmen who abducted Allan and Wilma Hyrons from their resort in Zamboanga del Sur have yet to be identified, but the military is looking at the Abu Sayyaf Group because of its history of kidnappings

MANILA, Philippines – The military has focused its search and rescue operations for a kidnapped couple on the Zamboanga peninsula and its immediately surrounding islands, where they believe British national Allan Hyrons and his wife Wilma Hyrons are held by their still unidentified captors.

(Our search and rescue effort continues. We’re concentrating here on the mainland because they haven’t, it looks like they haven’t yet crossed the channel to Basilan or Sulu.)

To prevent the captors from taking the couple to the region’s remote islands, the military has set up a naval blockade and sent air patrols around the peninsula, where ground forces are closely watching coastal areas.

The AFP Westmincom has created “Task Force Hyrons” to boost the search for the couple. The unit will be led by Major General Roberto Ancan, Commander of the 1st Infantry Division of the Philippine Army based in Zamboanga del Sur.

Although no evidence yet points to the Sulu-based Abu Sayyaf Group (ASG), Sobejana said they were looking at the group as possible suspects because of its history of kidnappings in the same area.

Investigators are also looking at the dismissal of 5 teachers from a school the couple owns in Tukuran, Hyrons College Philippines, as a possible motive for their abduction.

He declined to give further details of efforts to rescue the couple for operational security.

Meanwhile, Zamboanga del Sur Governor Victor Yu has offered a P1 million reward for anyone who could supply information to locate the couple and their abductors.

On Friday evening, October 4, Allan and Wilma Hyrons were alighting from a van at their resort in Tukuran, Zamboanga del Sur, when around 4 gunmen took them by force and led them to two motor boats manned by two other suspects waiting on the beachfront. The “more or less” 6 suspects then boarded the boats with the couple and sped away, according to local police.

The couple had been living in Zamboanga del Sur since 2013. – Rappler.com