Albayalde: I will fire ‘ninja cops’ if reinvestigation shows wrongdoing 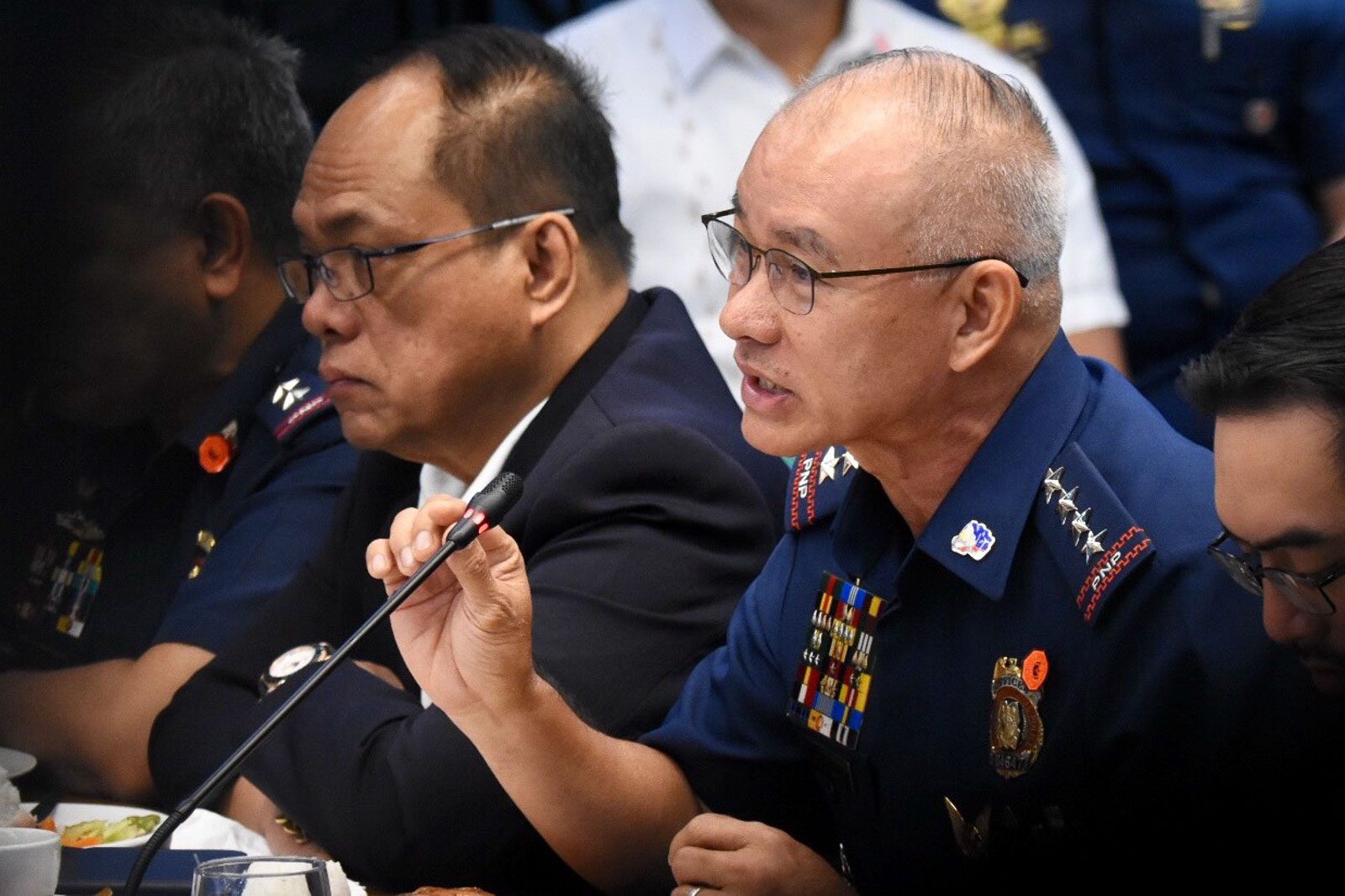 MANILA, Philippines – Philippine National Police (PNP) chief General Oscar Albayalde said on Wednesday, October 9, that he will fire his former subordinates – the so-called “ninja cops” in the controversial 2013 Pampanga drug raid – if the reinvestigation of the case shows they should be dismissed.

“If the resolution [by the National Police Commission] is reverting back  the penalty to dismissal, will you sign it?” asked Lacson, who had noted that Albayalde, as PNP chief, is an ex-officio member of Napolcom.

During the hearing, Senator Richard Gordon said the manner by which the dismissal order against the cops were later downgraded to a demotion showed “parang may nagpapagalaw (someone seems to be pulling strings).”

The cops have been accused of not following standard procedure in the 2013 drug buy-bust that senators called a “raid,” and that they seized over 200 kilograms of shabu but declared only 38 kilos. (READ: ‘Spectacle of a grand cover-up’: Senate hearing bares how ‘ninja cops’ remain in service)

Petrasanta then ordered the 13 cops involved in the drug operation dismissed from the service on November 14, 2014.

It took over a year, or on March 2, 2016, when the cops received the dismissal order. They were able to comply with the deadline to file an appeal, which they did on March 14 that year.

In the interim, Aaron Aquino (now chief of the Philippine Drug Enforcment Agency) became Central Luzon police chief. It was during this time that Aquino said Albayalde called him not to implement the dismissal order on his men.

Albayalde reiterated to the Senate on Wednesday that when he said “bata ko (my men)” he just meant his subordinates, and not necessarily people he was protecting.

“The answer is dismissal but may i qualify, that based on the hearings here, that a mere testimony should pass the test of competence and relevance to be considered as evidence,” Lopez said.

“After several hearings, after hearing also the comment of Atty Lopez here, this is is the very reason why the administrative case after all this hearing will now be reviewed by IAS,” said Albayalde.

The criminal charges of violation of the Dangerous Drugs Act against the cops were dismissed by the Department of Justice, but Justice Secretary Menardo Guevarra has also ordered a reinvestigation for submission of new evidence. – Rappler.com

Read related stories from the hearing: