Despite SC ruling, Sotto insists on jailing suspects in drug cases under review 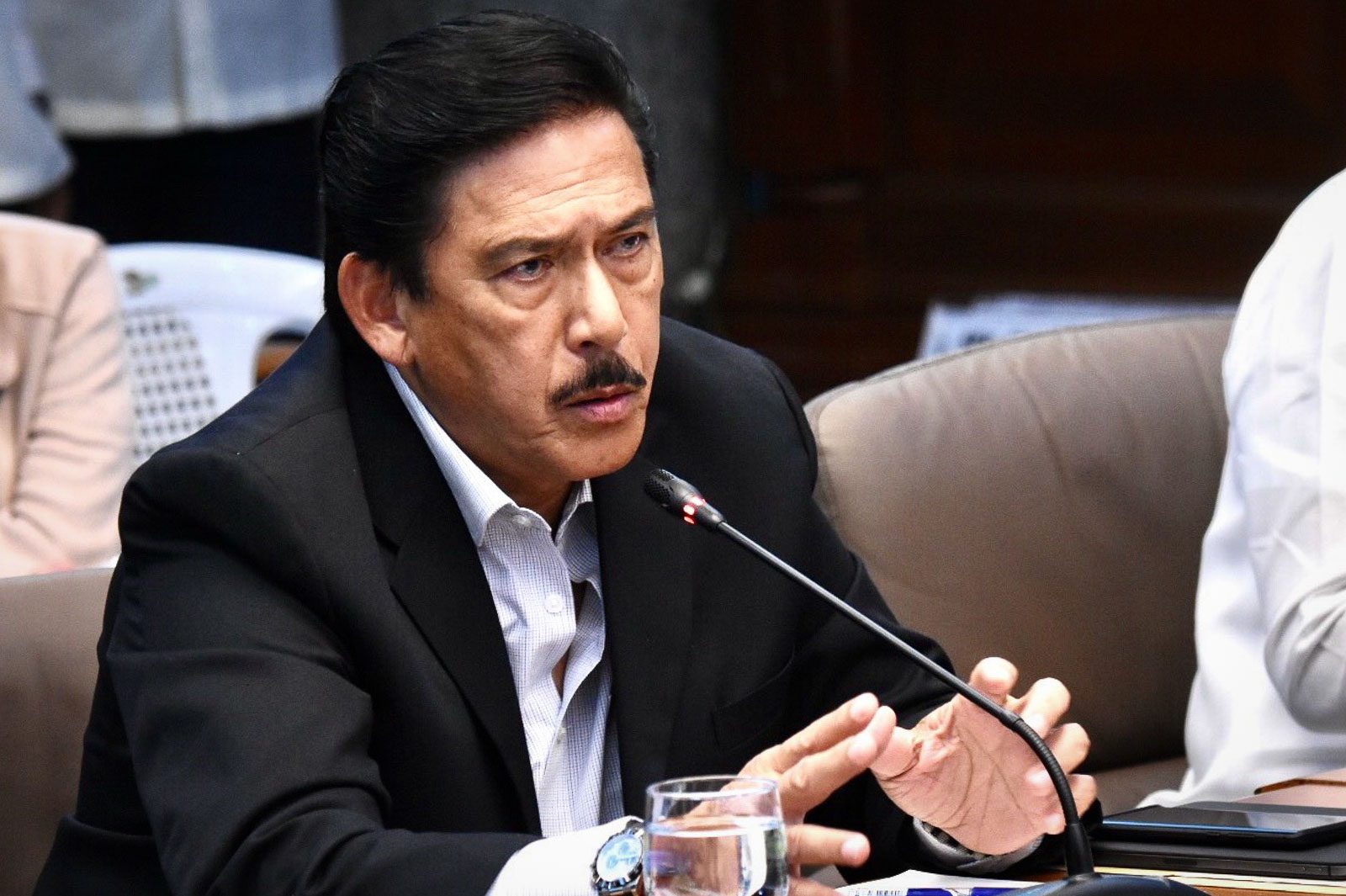 Facebook Twitter Copy URL
Copied
Senate President Vicente Sotto III urges the Department of Justice to change its policy, but the Supreme Court already put its foot down on this issue in 2017

“I suggest you review your policy again. We suggest you do not release them. Once you release them while you conduct your automatic review, [and] once you decide to indict, you will never find that person anymore,” Sotto told Guevarra during a Senate hearing on policemen involved in drug recycling or “ninja cops” on Wednesday, October 9.

The drug complaints against the so-called ninja cops of Pampanga were dismissed by prosecutors of the Department of Justice (DOJ), but under the rules, the case went on automatic review to be resolved by the justice secretry. (The DOJ has already reopened the case.)

This reminded Sotto of a previous gripe with a DOJ standing policy that once the complaint is dismissed by prosecutors, the suspects must be immediately released even though their cases were pending automatic review.

“During the time of [Secretary Simeon] Datumanong and [Secretary Raul] Gonzalez, it was never like that – they cannot be released until final dismissal,” said Sotto.

Guevarra tried to explain that suspects “have to be released pending automatic review,” but Sotto insisted.

“We will take your suggestion into consideration,” said Guevarra.

But it is not for Guevarra to amend this rule because the High Court, in a decision on July 25, 2017, had already explicitly prohibited detaining suspects in custody if their cases have been dismissed and are on automatic review.

“The Court is aware that this decision may raise discomfort to some, especially at this time when the present administration aggressively wages its “indisputably popular war on illegal drugs,” the SC said in the unanimous ruling penned by retired justice Jose Mendoza.

The Court added, “As Justice Diosdado Peralta puts it, that the security of the public and the interest of the State would be jeopardized is not a justification to trample upon the constitutional rights of the detainees against deprivation of liberty without due process of law, to be presumed innocent until the contrary is proved and to a speedy disposition of the case.”

The SC declared in that case: “All detainees whose pending cases have gone beyond the mandated periods for the conduct of preliminary investigation, or whose cases have already been dismissed on inquest or preliminary investigation, despite pending appeal, reconsideration, reinvestigation or automatic review by the Secretary of Justice, are entitled to be released pursuant to their constitutional right to liberty and their constitutional right against unreasonable seizures, unless detained for some other lawful cause.”

In that case, the Integrated Bar of the Philippines (IBP)-Pangasinan represented drug suspect Jay-Ar Senin who was arrested in 2015 and detained for 8 months without the finding of probable cause.

At that time, the standing DOJ policy is Circular No. 22 by then-justice secretary Leila de Lima that provides for some situations where the suspect can be held in custody pending  automatic review.

Succeeding justice secretaries – now SC Associate Justice Benjamin Caguioa and  Vitaliano Aguirre II – would revoke De Lima’s circular and issue circulars of their own that blanketly said suspects cannot be held in custody if their cases have been dismissed, even if these are pending automatic review.

The SC said that it could declare the issue moot, since the DOJ already issued the favorable circulars, but that it wanted to avoid a future situation where the DOJ can revert to the old policy – like what Sotto wants.

“As the case is prone to being repeated as a result of constant changes, the Court, as the guardian and final arbiter of the Constitution and pursuant to its prerogative to promulgate rules concerning the protection and enforcement of constitutional rights,takes this opportunity to lay down controlling principles to guide the bench, the bar and the public on the propriety of the continued detention of an arrested person whose case has been dismissed on inquest, preliminary investigation, reinvestigation, or appeal but pending automatic review by the SOJ,” the High Court said.

Guevarra told Rappler in a message that “issuance of a Precautionary Hold Departure Order may partially address (Sotto’s) concern.”

A PHDO is a recent rule issued by the Supreme Court that allows prosecutors to seek an HDO even if there the charges have not reached the court yet. HDOs are only given by courts when charges reach them. – Rappler.com