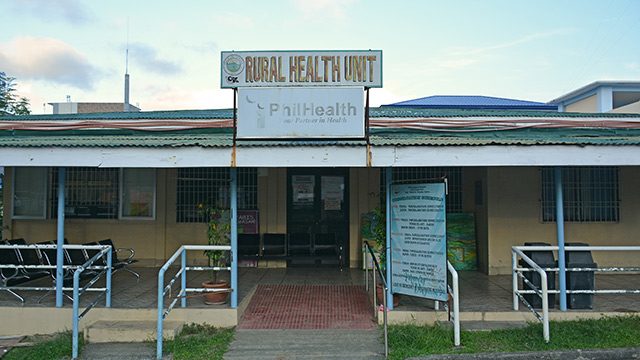 Facebook Twitter Copy URL
Copied
Even with the integration of health facilities into provincial and city-wide networks, the country's healthcare system remains devolved

Section 19 of the UHC law would require the integration of provincial, city-wide, and municipal hospitals, as well as rural health units (RHUs), into provincial and city-wide health systems.

Integration means public and private primary, secondary, and tertiary healthcare providers in provinces or cities would have more coordination in order to refer patients to appropriate facilities with the services they need. They would no longer be “siloed,” said Health Secretary Francisco Duque III.

Integration would also require the overall supervision of provincial and city health boards over health facilities and human resources, which may seem to threaten the influence of municipal health boards.

The DOH said that even with integration, the country’s overall healthcare system would remain devolved.

“The setup will remain devolved, but the provincial (and city) health board will have administrative and technical supervision of (municipal and city-wide) health facilities and human resources – supervision, not control,” said DOH Undersecretary Mario Villaverde, who headed the task force that wrote the law’s implementing rules and regulations (IRR).

One of the challenges in crafting the IRR – signed October 10, about 8 months after the UHC law was passed – was “reconciling the law with the intent of the Local Government Code of 1991,” Villaverde said.

Healthcare in the Philippines is devolved, meaning the management and delivery of health services are in the hands of locally elected provincial, city, and municipal governments. (READ: Stop blaming devolution for health sector failures)

The devolved setup has been criticized for being vulnerable to the whims of local politics, which may affect the delivery of healthcare services, especially during elections.

Not all local government units (LGUs) involved in DOH consultations warmed up to the idea of health system integration, Villaverde said.

In September, the DOH even revealed that some city and municipal mayors had threatened the agency with possible court injunctions should they insist on the intergration, as not all LGUs were willing to turn over their health facilities and resources to the provinces.

According to Villaverde, local chiefs may have reservations because “they do not yet see the bigger picture.”

“The intent of the UHC law is for a coordinated and comprehensive delivery of healthcare services to patients. If it remains siloed and the referral system fragmented, many inefficiencies arise,” the health official said.

Duque also said that the time was ripe for a review of the 1991 Local Government Code. “The LGC has been in operation since 1991, (now) for 28 years. Maybe it’s time to review it so we can have a proper alignment, a harmonization, with the now existing UHC law,” he said in a mix of English and Filipino.

Duque told media the day prior that he would even be open to the idea of renationalizing the healthcare system so that the government could have a “unified command” in health services delivery. He said he is still discussing the matter with lawmakers. – Rappler.com