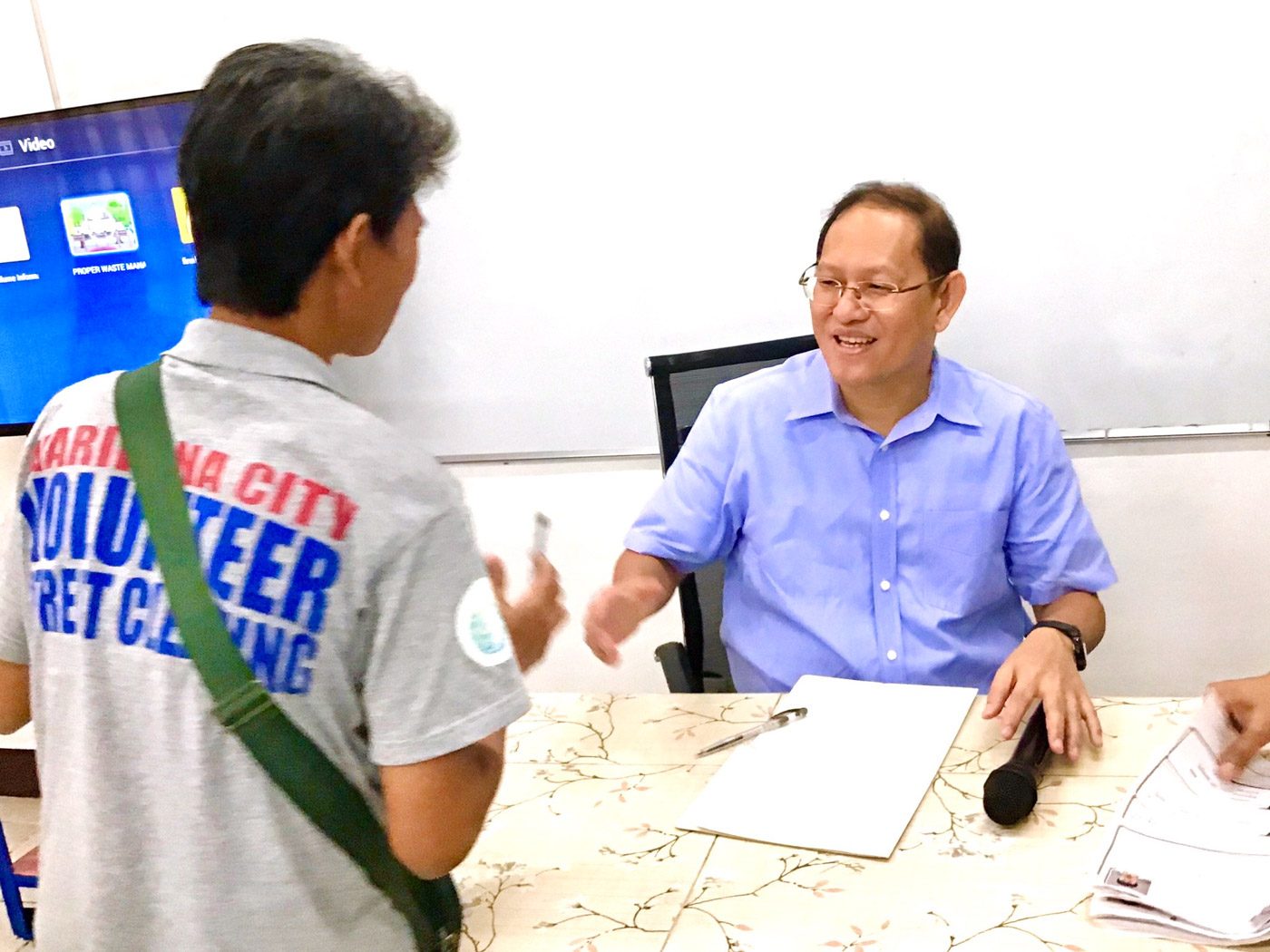 Mayor Marcelino Teodoro said these people had been volunteers for years, and very much deserved to be paid more.

“We really worked it out so there could be a budget for their employment, so that they can earn money, and not only allowance,” Teodoro said in a statement.

The contracts of project-based employees are renewed every 6 months, according to the statement.

Teodoro on Wednesday, October 9, met with the 31 volunteers – the first batch of volunteers to be hired – and told them that city hall would be employing them.

Volunteer street cleaners in Marikina get P150 per day for a 4-hour service. Once they render 8-hour work daily, they will be entitled to minimum wage.

To assess the cleaners, Teodoro said they would undergo skills test, and would be asked to each write an essay on how they could help Marikina, and why they love their city.

The employees, the mayor said, would undergo financial literacy seminars for them to effectively handle their finances.

Teodoro called the volunteer cleaners Marikina’s heroes, citing their part in helping Marikina earn its reputation as one of the cleanest cities in the country. – Rappler.com