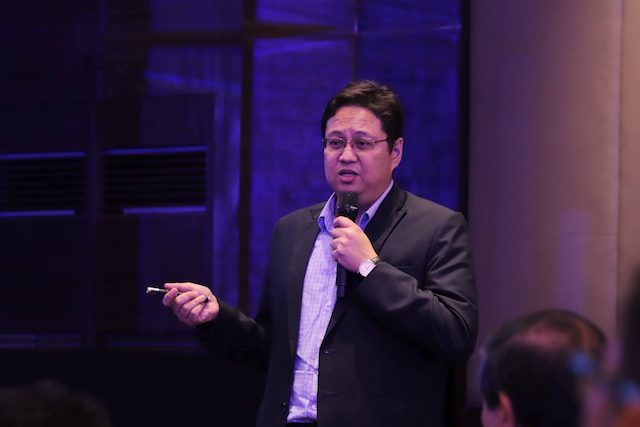 Facebook Twitter Copy URL
Copied
Renato Mendiola Jr insists that he is a 'legitimate businessman' and not an 'influence peddler,' as insinuated by Clark Development Corporation in a notice to the public posted on its Facebook page

PAMPANGA, Philippines – A businessman has filed a cyber libel complaint against the chief of the Clark Development Corporation (CDC) for social media posts that supposedly portrayed him as an “influence peddler.”

Renato O. Mendiola Jr, who runs a construction company, filed two counts of cyber libel against CDC President and Chief Executive Officer Noel Manankil before the Office of the Ombudsman in connection with a notice to the public posted on the CDC Facebook page twice on August 16, 2019.

Mendiola said in his affidavit that posting “derogatory notices to the public” using Facebook, a social media platform with billions of users around the world, constituted acts of cyber libel as provided Republic Act No. 10175 or the Cybercrime Prevention Act of 2012, and the Revised Penal Code.

“In a nutshell, I am being branded as an influence peddler, which is illegal under existing laws. Aside from that, he (Manankil) clearly insinuated in the said notices to the public that I have committed and continuing to commit the crime of estafa or swindling…when he claimed that I am falsely pretending to possess power, influence etc. for purposes of personal gain or benefit,” he said.

“The imputation against me that I am an influence peddler/swindler caused discredit and dishonor upon my person. Contrary to the malicious allegations of Mr Manankil in the Facebook account of Clark Development Corporation, I am a legitimate businessman with official business/dealings at Clark Freeport Zone,” Mendiola added.

He filed the complaint on September 6 this year but this was disclosed to the media only on Monday, October 14.

In its August 16 post on the topic of an “unauthorized solicitor,” the CDC said it issued the notice to the public after learning of Mendiola’s alleged actions in relation to the government corporation.

“It has come to our attention a certain Renato ‘Rene’ O. Mendiola Jr has been allegedly making it appear to the public that he is connected and in a position to influence any employee or officer of the Corporation (CDC) for personal gain. For the record, the said person is neither an employee nor officer or in any way connected to the Corporation. We have never sanctioned nor do we condone any of these alleged transactions or activities,” the CDC notice said.

“If you have knowledge of any of these alleged transactions or activities, please report it immediately to the CDC Whistleblowing Web Portal or any of the following alternative channels,” added the notice signed by Manankil.

Rappler sent emails to the CDC and Manankil on Monday night to get their comments on the complaint.

CDC communications manager Noel Tulabut said in response that CDC will issue a statement once it officially received a copy of Mendiola’s complaint.

“CDC has yet to receive a copy of the complaint from the Ombudsman. Once officially received, that is the time we can probably issue a statement,” Tulabut said in an e-mail to Rappler on Tuesday. – Rappler.com