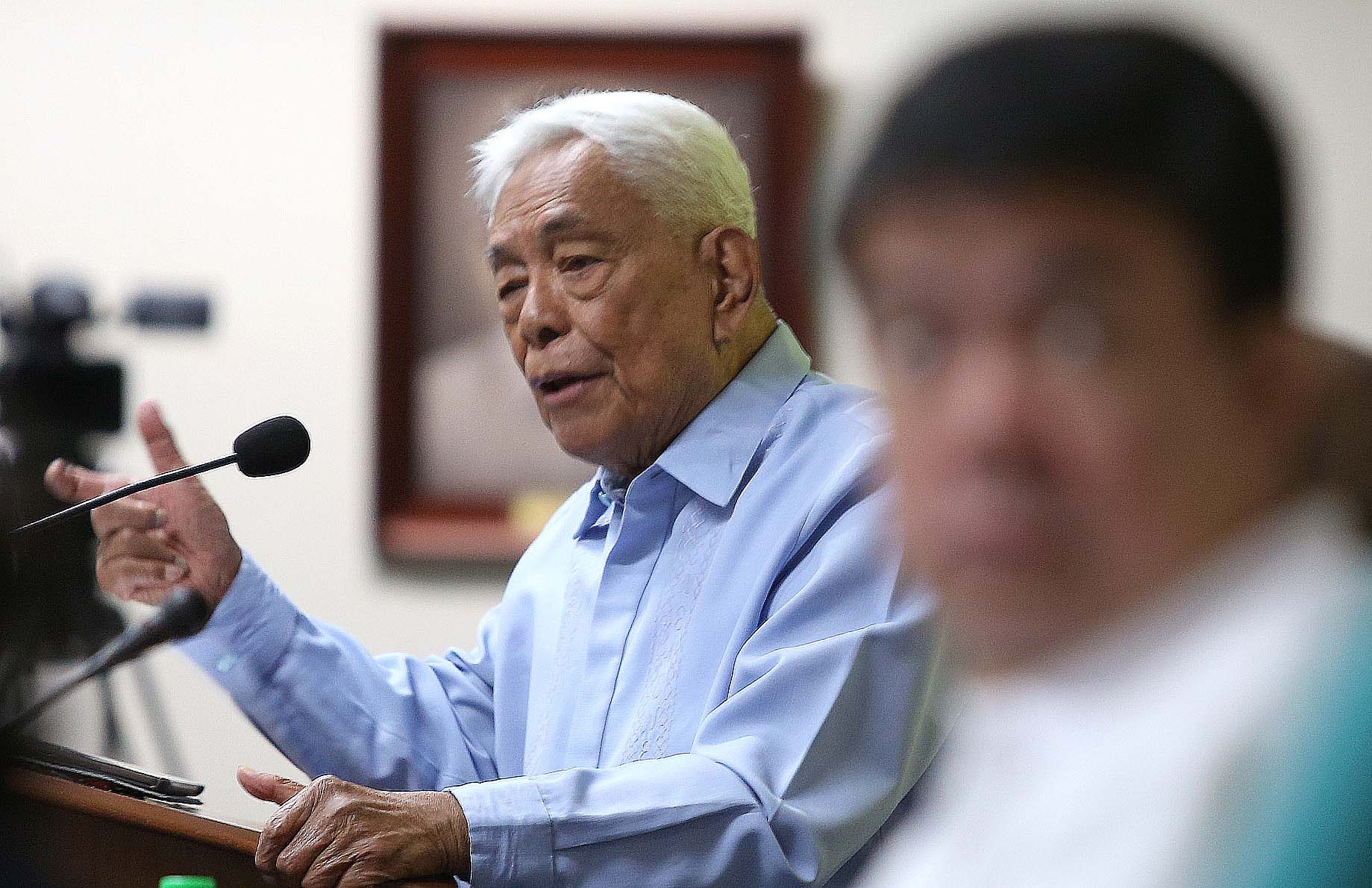 Gana said on Tuesday, October 15, that her father is now getting better after water was removed from his lungs. The Pimentel patriarch was brought to the hospital last Thursday, October 10, due to pneumonia.

The Pimentel family on Monday night, October 14, said that the former Senate president was “very ill” and had been staying in the intensive care unit.

A source told Rappler that Pimentel is suffering from an advanced stage of lymphoma, a cancer of the lymphatic system.

Pimentel is the founder of President Rodrigo Duterte’s party, PDP-Laban. He founded the party in 1982 to oppose the Marcos dictatorship.

A vocal critic of the late dictator Ferdinand Marcos, Pimentel was among those who were imprisoned for opposing Martial Law. – Rappler.com