40,000 kids in Marikina to get polio vaccine 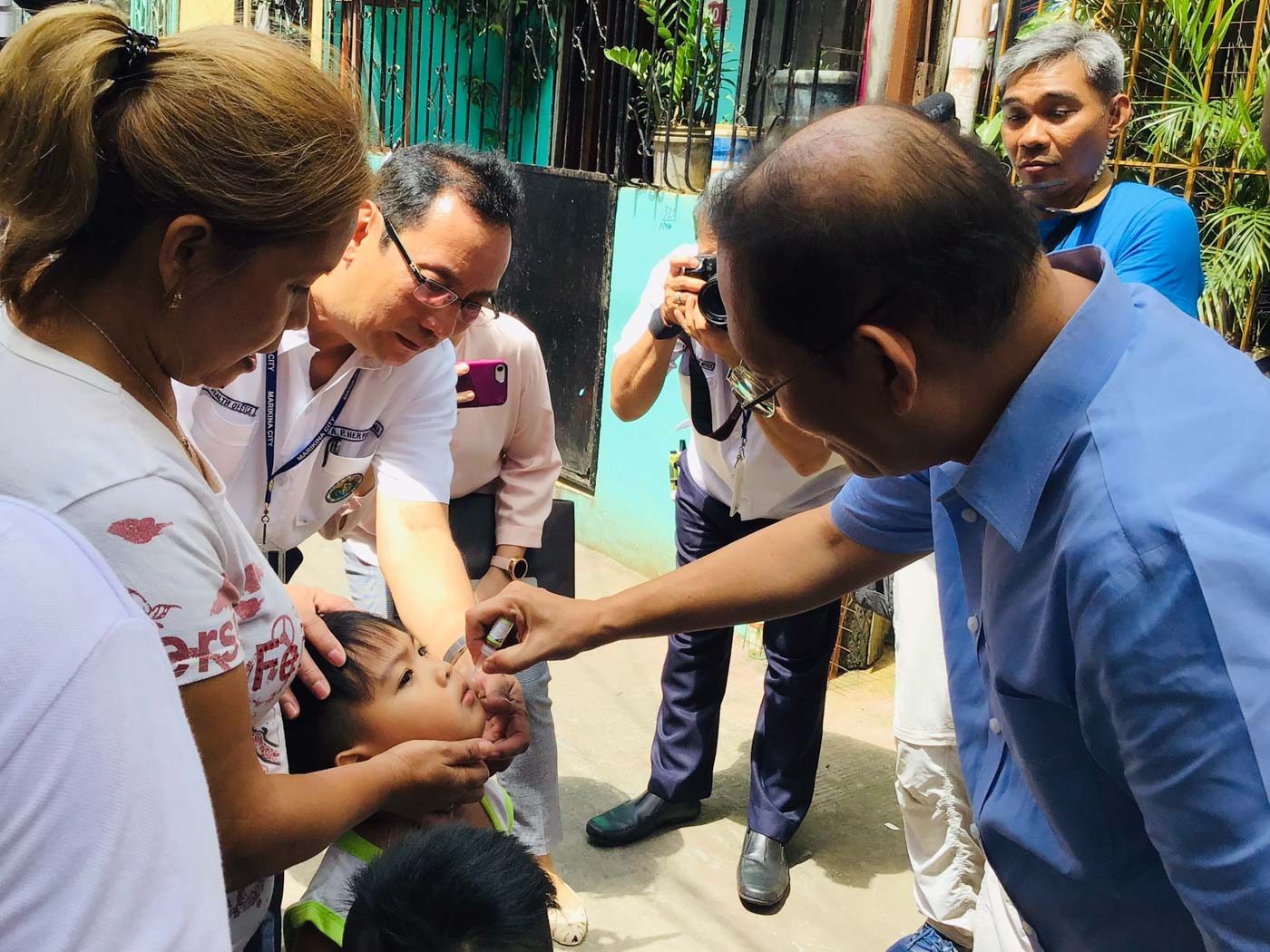 MANILA, Philippines – Around 40,000 kids would have to be vaccinated against polio for Marikina City to gain herd immunity against the disease, said the Department of Health (DOH).

Herd immunity means 95% of the total population of the city would need to be vaccinated against the disease. (READ: EXPLAINER: What is polio?)

“Our target in Marikina is 40,000 children until age 5. We need to reach that target, as it is our primary objective,” said Health Assistant Secretary Maria Rosario Vergeire.

Marikina deployed 59 vaccination teams, composed of various units of the city government, to reach the 40,000 target. Vergeire said each team would target 80 to 120 children per day to reach 40,000 by the end of the campaign.

The DOH’s target for the entire country is 1.8 million children for herd immunity against polio. (READ: ‘Polio vaccine is very safe,’ DOH reminds public amid epidemic)

The catch-up vaccination campaign will run until October 27. But if Marikina City and other areas which are part of the campaign do not achieve herd immunity against polio by then, the campaign could extend.

“If we don’t achieve this, we will keep extending our campaign. For example, if we don’t reach the target now, we’ll set a 95% target every month until we reach it,” Vergeire said.

The DOH, together with the Marikina City government, kicked off the catch-up vaccination campaign last Monday, October 14. Other cities in Metro Manila, as well as Lanao del Sur, Marawi City, Davao City, and Davao del Sur in Mindanao, also saw the launch of the campaign that day.

The campaign will involve door-to-door vaccination, as well as ensure that barangay health units and municipal health centers have enough supply of the polio vaccine.

Vergeire said the local government would make the vaccine available every day – even on weekends, so parents who work on weekdays can get their children vaccinated.

“We need to keep surroundings clean. I am encouraging everyone to maintain cleanliness for our health. The local government will keep watch of the entire city so no one will get polio in the city,” the mayor said.

So far, there are two confirmed cases of polio in the Philippines. The first case, found in a child from Lanao del Sur, prompted the health department to declare a polio outbreak on September 19.

The other case was found in a child in Laguna. The DOH emphasized, however, that the child was also immunocompromised, meaning even if he were vaccinated against the disease, he would still be more vulnerable than other children due to his weak immune system.

Aside from these cases, the agency also found vaccine-derived poliovirus in environmental samples in the City of Manila and in Davao City.

Polio or poliomyelitis is a highly contagious disease caused by poliovirus invading the nervous system. Symptoms include fever, fatigue, headache, vomiting, stiff neck, and sudden onset of floppy arms or legs. In severe cases, it can lead to permanent paralysis or even death.

Children below 5 years old are most vulnerable to the disease. – Rappler.com