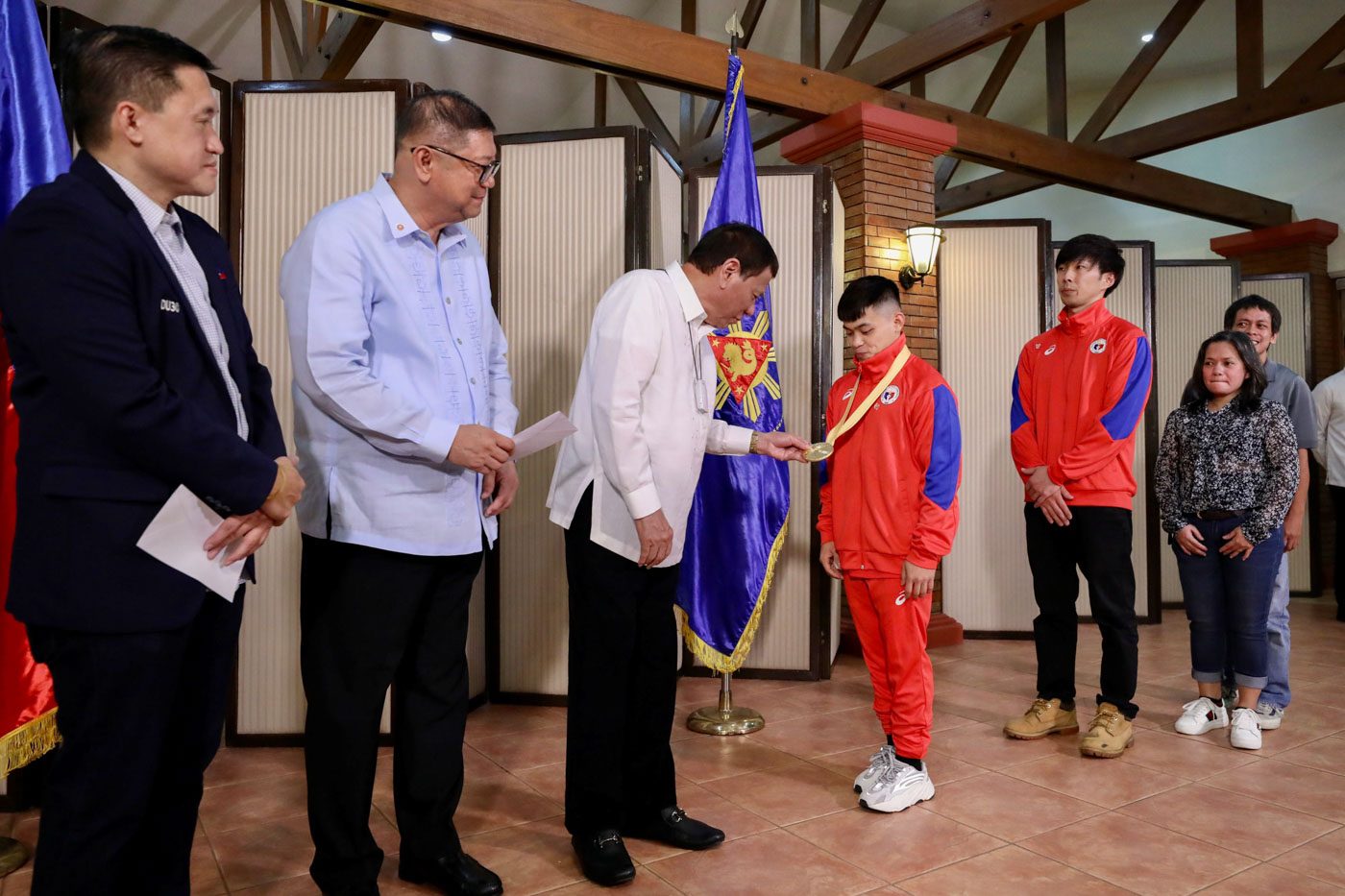 The 3 gold medalists were given P1 million each while the 2 other podium finishers got P500,000 each as bonus, according to Senator Bong Go, who chairs the chamber’s sports committee.

The cash prizes were on top of the P1 million Yulo and Petecio received from the Philippine Sports Commission via the cash incentive law for athletes. The athletes all gamely struck Duterte’s signature clenched fist pose for photos. Champion boxer Petecio is even seen hugging the President in one photo.