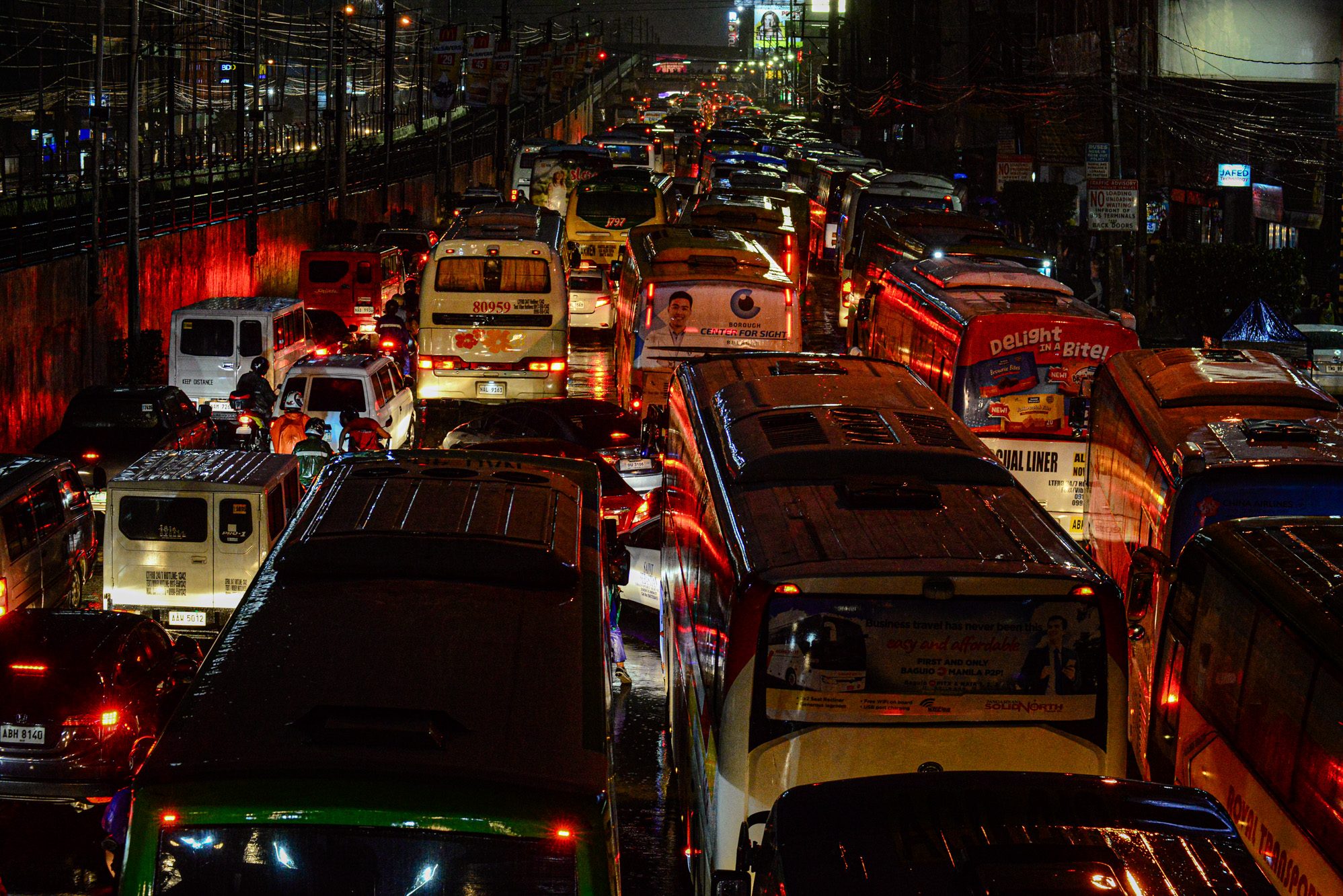 TARLAC, Philippines – House Speaker Alan Peter Cayetano said there is “irony” in the perennial traffic problem because he believes congested roads are also a sign that the country’s economy is thriving.

The Speaker said this in a press conference on Wednesday, October 16, in New Clark City in Capas, Tarlac, when asked if he thinks foreigners who will be flying to the Philippines for the 2019 Southeast Asian (SEA) Games next month would feel the effects of traffic.

“First of all, hindi lang naman sa Pilipinas ang may traffic; may traffic naman talaga sa buong mundo. It’s no excuse, but the irony is kasi traffic is also a product of your own success,” said Cayetano.

(First of all, it’s not only the Philippines that experiences traffic; there’s traffic in the other parts of the world. It’s no excuse, but the irony is that traffic is also a product of your own success.)

(If the economy is thriving, people have money to buy cars. And then in the Philippines, above half of the number of private cars being bought end up in Metro Manila.)

The Speaker made the statement amid the backlash faced by Presidential Spokesperson Salvador Panelo for denying the existence of a mass transportation crisis in Metro Manila, where commuting has become daily torture for the public. (READ: Biazon berates transport officials: ‘Be sensitive when people feel there is a crisis’)

Three Light Rail Transit Line 2 stations have suspended operations due to lightning-induced fires, while the ongoing repair for the South Luzon Expressway is causing heavier traffic than usual.

Cayetano, who also chairs the Philippine SEA Games Organizing Committee, said the public should brace for heavier traffic once the games are in full swing in November. (READ: Traffic ‘really going to be a challenge’ during SEA Games – Cayetano)

Still, the Speaker said the Duterte administration hears Filipinos’ traffic woes “loud and clear.” He explained this is why there are ongoing plans to build new train lines and put up a bus rapid transit system.

Cayetano then alluded to the commute challenge accepted by Panelo, who ended up spending nearly 4 hours on the road just to reach Malacañang from his child’s home in New Manila.

“So it is a problem that the challengers or the people who made the challenge [have] made their point. We hear you loud and clear,” said Cayetano.

“Now is the time to act and stop na itong mga challenge challenge (and to stop making these challenges),” he added. – Rappler.com