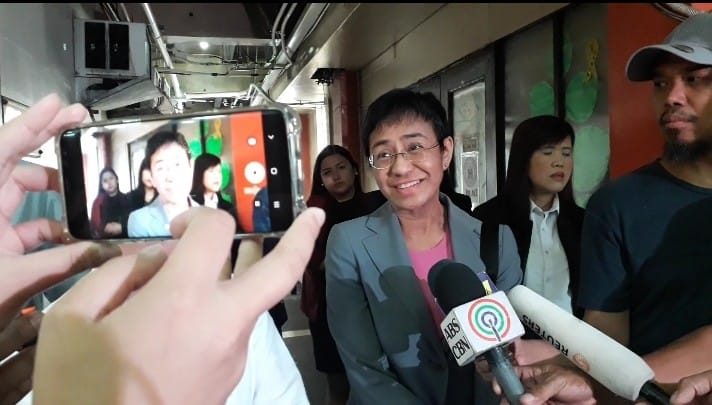 MANILA, Philippines – Saying the prosecution failed to prove its case after presenting “self-serving” witnesses, Rappler, Maria Ressa, and former researcher Reynaldo Santos Jr on Friday, October 18, asked a Manila court to dismiss the cyber libel charges filed against them by a businessman, and acquit them of those charges.

In a “demurrer to the prosecution’s evidence” filed with Manila Regional Trial Court Branch 46 Judge Rainelda Estacio-Montesa, the accused said businessman Wilfredo Keng and the prosecution were unable to prove “beyond reasonable doubt” that he has been defamed in a 2012 story on Rappler that mentioned him.

“The prosecution cannot simply rely on the presumption of malice. Its burden is to prove actual malice,” the pleading said. “This, it has not done. The accused are entitled to an acquittal.”

Montesa on October 8 allowed Rappler to file the demurrer, which is a pleading to seek the dismissal of the charges against it without presenting its own evidence.

Keng filed the cyber libel case against Rappler, Ressa, and Santos in October 2017 over a story published 5 years prior on ousted chief justice Renato Corona’s alleged use of a vehicle registered  under Keng. The 2012 story cited an intelligence report linking Keng to illegal drugs and human trafficking, and carried his denial.

Keng said the article “contained malicious imputations of crimes, with bad intentions, purposely to malign, dishonor, and discredit my character and good reputation.” It purportedly exposed him to “public hatred, contempt, ridicule, discredit and dishonor.”

He belatedly – while the case was already on trial in September – sought for P50 million damages.

Through their lawyer Theodore Te and the Free Legal Assistance Group (FLAG), Rappler, Ressa, and Santos said the case should not have reached the court in the first place – given that it was filed beyond the one-year prescription for libel.

Te previously debunked Keng’s claim that the story was “republished” on February 19, 2014.

Rappler has also maintained that the 2014 update in the story was a correction of a typographical error. The media company has also said that the case was part of systematic efforts to silence Rappler journalists and executives, as they face at least 11 government investigations and cases. (READ: LIST: Cases vs Maria Ressa, Rappler directors, staff)

Keng’s daugher Patricia was recently appointed as a member of the Philippine Commission on Women.

Te had argued that even with the supposed 2014 “republication,” the updated story came out 4 months before the cybercrime law was enacted.

The prosecution presented two witnesses to support its case: Keng and a certain Marcelino Malonzo, who told the court that after reading the story, “I then immediately made prejudices (sic) against this man (referring to Keng).”

Malonzo is not an impartial witness, Rappler, Ressa and Santos said in their pleading.

“On cross-examination, he admitted that he even contacted the daughter of Mr Keng, someone he had supposedly not had contact with for many years, after reading the article; he also admitted that his testimony was due to Ms Keng’s initiative. His testimony was not obtained by a subpoena but at the instance of the prosecution, particularly private complainant.”

They added: “His testimony also is incredible. Having stated in his affidavit that he is a regular reader of online publications, he admitted on cross-examination that he does not even operate a laptop but asks his daughter to do so.”

Rappler, Ressa, and Santos also debunked Keng’s accusation of malice, saying the story was merely citing an intelligence report about him, written “in good faith…without any comments or remarks.”

“Accused Santos merely wrote about the report,” the pleading said.

While Keng testified that his wife and daughters were hurt by the story, he did so “without presenting them for cross examination,” according to Rappler, Ressa, and Santos.

“Mr Keng’s testimony on the supposed damage to reputation consists of accounts that cannot be verified and thus hearsay as well as self-serving assertions that count for little in terms of probative weight.”

The prosecution also offered no other evidence of Ressa’s connection to the article except to say that she is the CEO and executive editor of Rappler, the pleading said.

And it erred in including Rappler Inc in the case, the pleading added, because it had no legal basis to drag a corporate entity into an alleged libelous act.

The prosecution will have 10 days to respond to the demurrer.

The other cases lodged against Rappler and its executives are pending with two courts in Pasig, as well as the Court of Appeals and the Securities and Exchange Commission. – Rappler.com