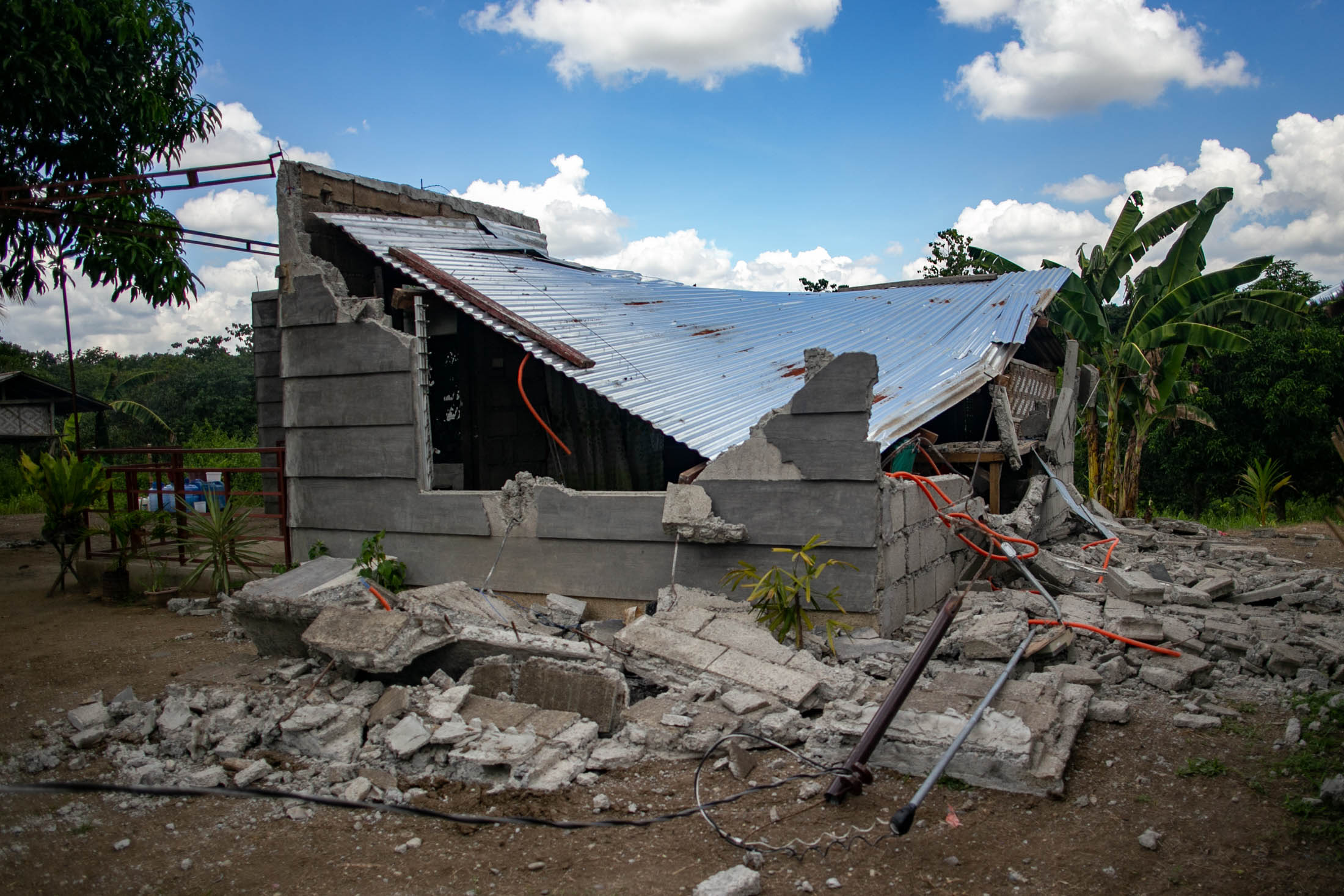 MANILA, Philippines (UPDATED) – At least 6 people were killed and 93 injured following the magnitude 6.3 earthquake in Tulunan, North Cotabato, on Wednesday, October 16, according to the latest report of the National Disaster Risk Reduction and Management Council (NDRRMC).

The NDRRMC said in a report issued at 8 am on Saturday, October 19, that the dead include 3 from Davao del Sur and two in Cotabato. One person died in Maguindanao due to a collapsed wall during the earthquake. (IN PHOTOS: Mindanao earthquake’s trail of damage)

The NDRRMC counted 93 people injured across Regions XI and XII, and the Bangsamoro Autonomous Region in Muslim Mindanao (BARMM).

A total of 8,265 persons were affected by the incident. Of this total, 352 persons are staying at evacuation centers as of October 18.

The same regions had 1,699 infrastructure damaged due to the quake, including totally damaged houses, health facilities, other public structures, and places of worship.

The Municipality of Makilala, Cotabato, is still under a state of calamity, which was declared on October 17 with Resolution No. 46, series of 2019.

However, classes resumed on October 18 in 41 out of the 46 areas that declared suspension of classes and work.

Power has been completely restored as well to all the areas that suffered from outages on the day of the quake.

Meanwhile, the Magsaysay municipal government has declared a state of calamity, according to Magsaysay information officer Anthony Allada. The towns of Makilala and Mlang in North Cotabato made such declaration as early as Thursday, October 17.

Meanwhile, Mindanao Development Authority Chairman Emmanuel Piñol ordered the creation of a task group to undertake an assessment of the damage inflicted by the earthquake.

Since the October 16 earthquake struck, over a hundred aftershocks had already been recorded, including a magnitude 5 aftershock that struck the same area – Tulunan – 6:52 am on Saturday. – Rappler.com