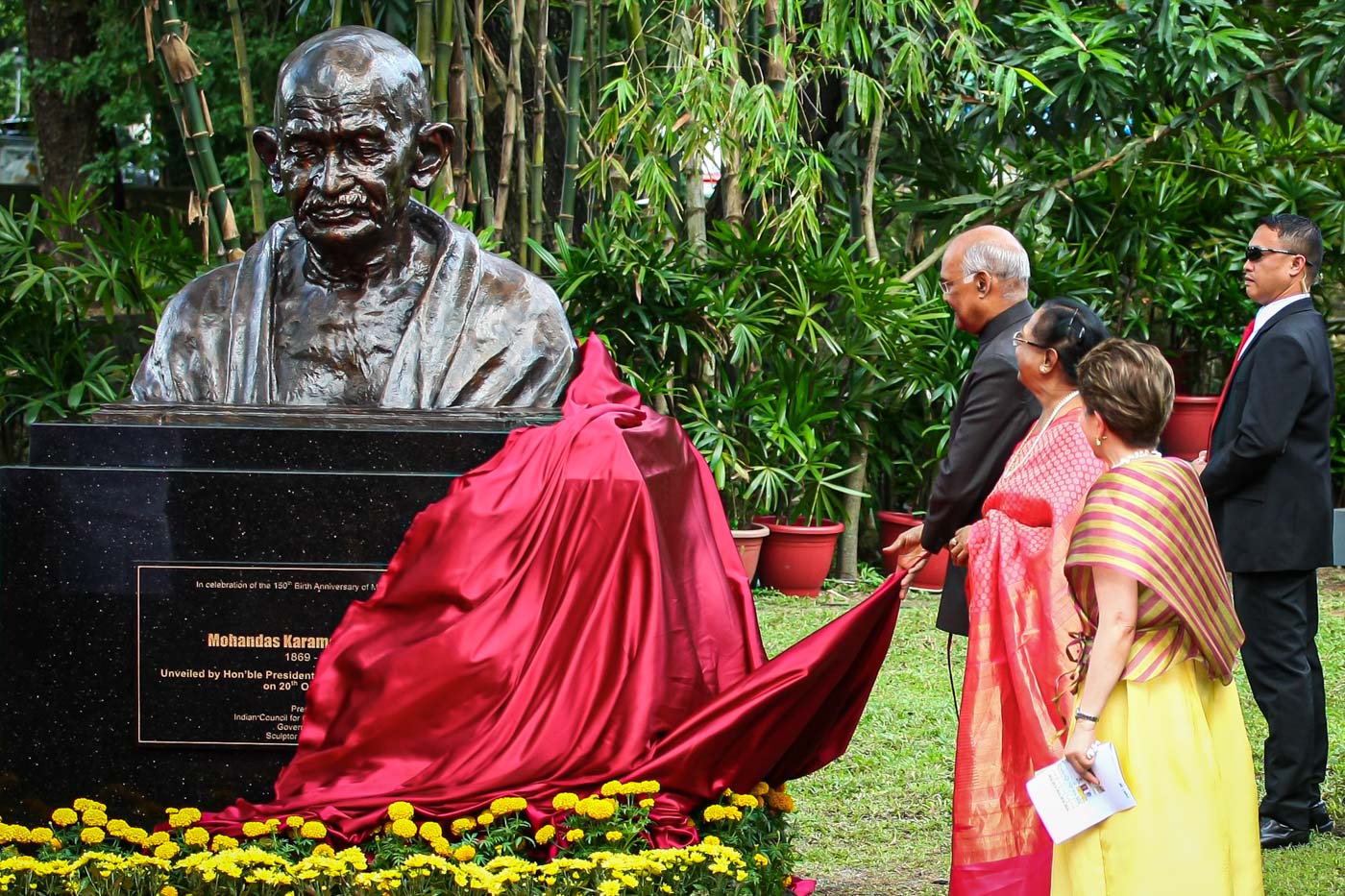 MANILA, Philippines — Indian president Ram Nath Kovind arrived at the Miriam College on Sunday, October 20 to unveil the Mahatma Gandhi bust, a gift from the Indian government, in celebration of the 150th birth anniversary of the man known as the “Father of the Indian Nation”.

Indian sculptor Ram Vanji Sutar made the bronze Gandhi bust, which was flown in from India. Miriam College was chosen to be the site of the bust, located outside its Center for Peace Education building. 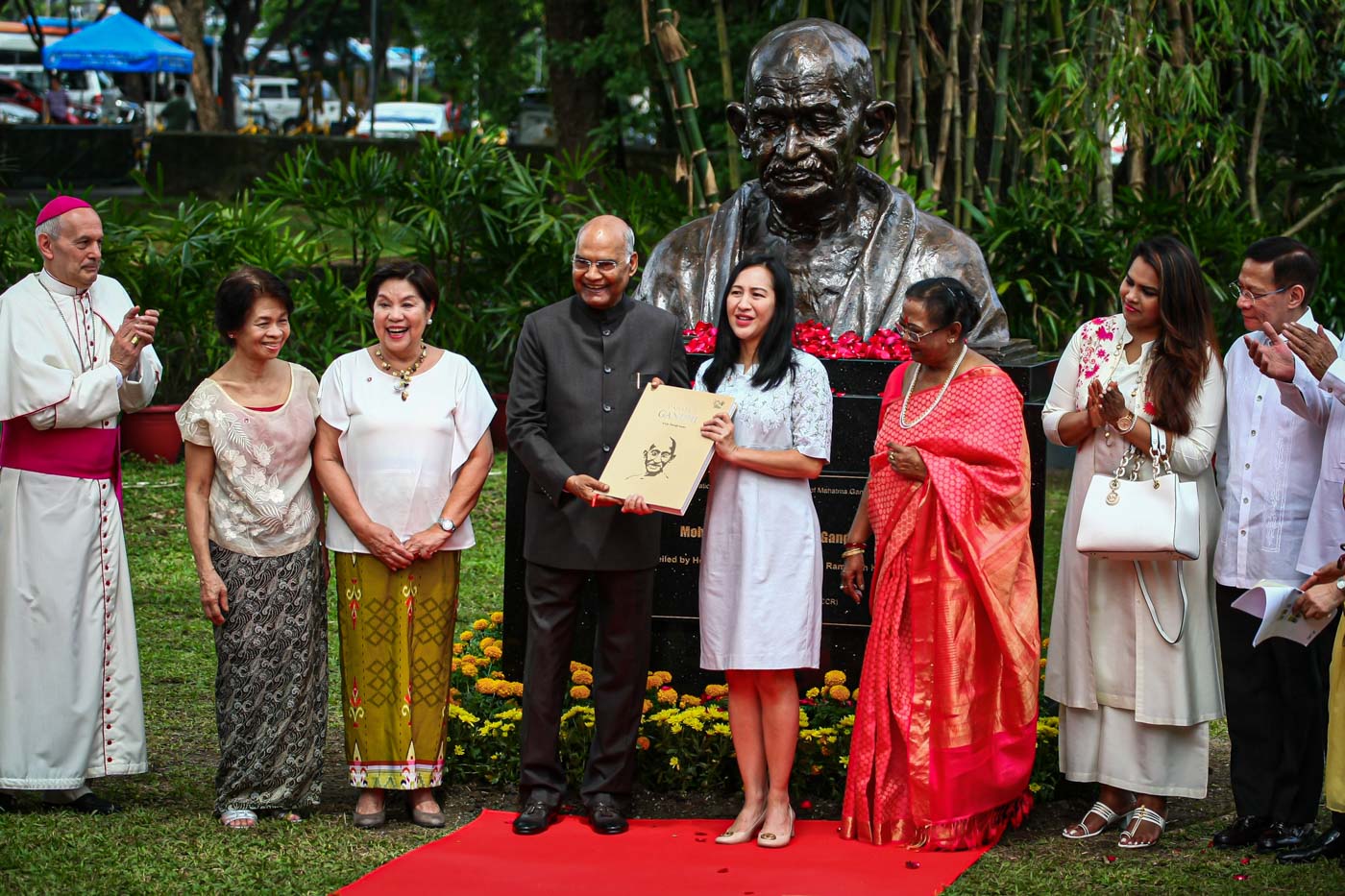 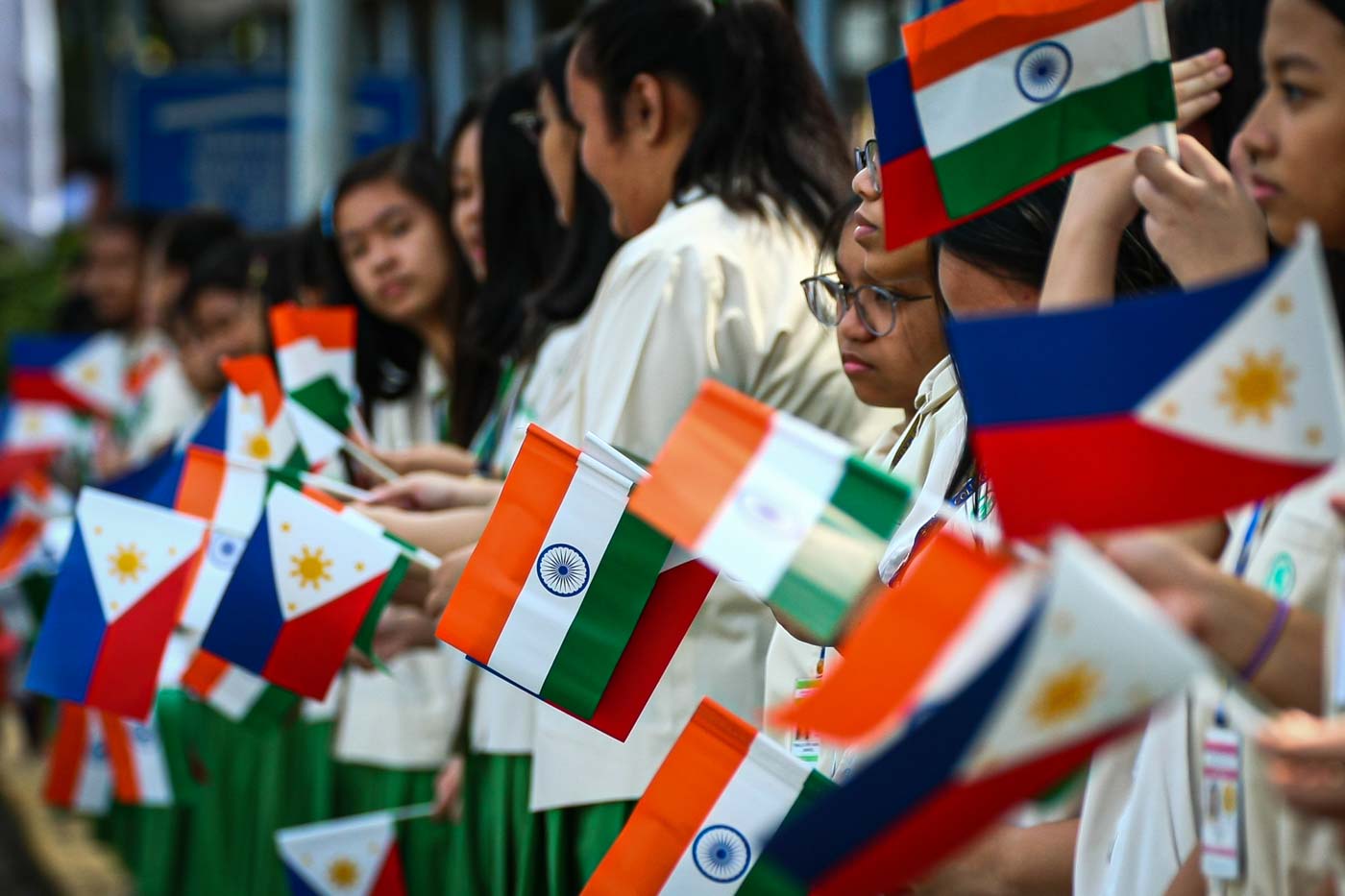 In an interview with Rappler, Miriam College Vice-President for Academic Affairs Dr. Jasmin Nario-Galace said that the school was chosen through the recommendation of the Department of Foreign Affairs.

“We have been working with the Department of Foreign Affairs on peace issues because they are aware that we have a solid peace education program and so when they were asked, consulted by the government of India and the embassy of India here in the Philippines, they recommended Miriam College,” she said.

“As you know we are a zone of peace – we have a peace education program that is integrated in the curriculum [as part of] student development. There are many peace initiatives that [Miriam College] has in relation to peace and non-violence,” Nario-Galace added.

Kovind is in the Philippines for a 5-day state visit. Kovind met with President Duterte in Malacañang on Friday, October 18. – Rappler.com