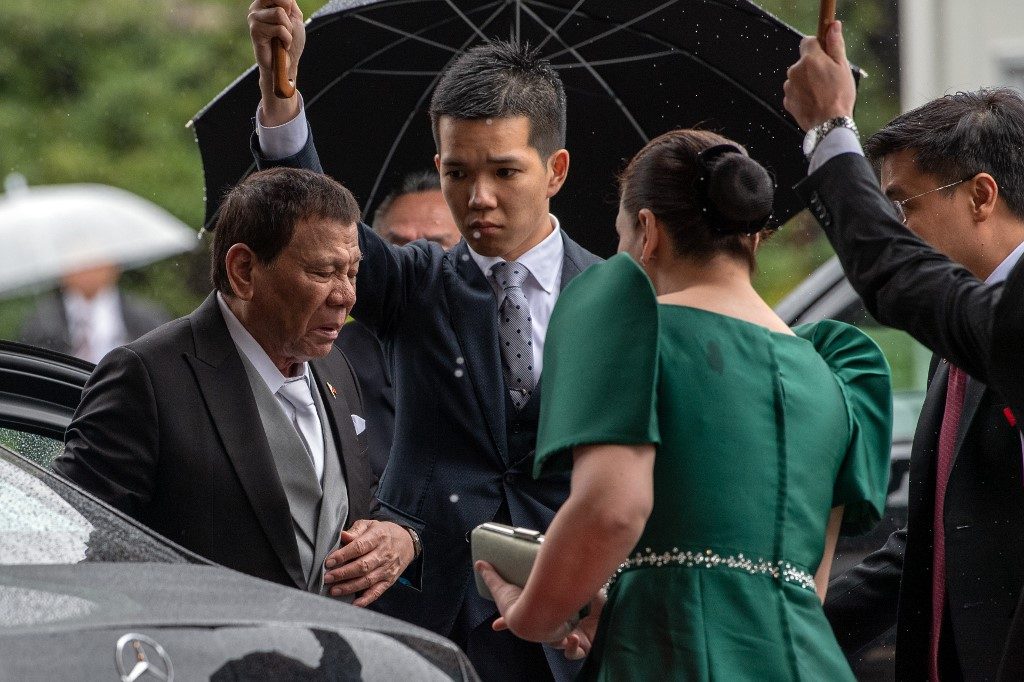 MANILA, Philippines (UPDATED) – Philippine President Rodrigo Duterte decided to fly back to the Philippines right after attending Emperor Naruhito’s enthronement ceremony in Japan because of “unbearable pain” in his back, Malacañang announced on Tuesday, October 22.

“The Palace announces that the President will cut short his trip to Japan due to unbearable pain in his spinal column near the pelvic bone as a consequence of his fall during his motorcycle ride last Thursday, October 17,” Presidential Spokesman Salvador Panelo said in a statement.

The 74-year-old leader is scheduled to see his neurologist on Wednesday “for consultation,” added the spokesman. (READ: President’s health: Touchy topic for Duterte, public concern for Constitution)

Duterte will fly back early evening on Tuesday instead of returning on Thursday, October 24, as originally scheduled.

He will miss the Emperor’s banquet on Tuesday and the Prime Minister’s Banquet on Wednesday, adding to his growing list of skipped events. Davao City Mayor Sara Duterte, his eldest daughter, will represent him at both events.

Duterte, aided by a cane, managed to attend the enthronement ceremony for Emperor Naruhito at the Imperial Palace.

Panelo assured the public that “there is nothing to worry [about] as regards the physical health and condition of the President.” (READ: LIST: ‘Migraine everyday’ and Duterte’s other ailments)

In a video shared by Go, Duterte appears on camera as the two are en route to the airport in Japan where they will depart for Manila.

The President’s right eye was drooping and he looked tired as he addressed the Filipino people.

(You know, about 4 days ago, I fell from a motorcycle. When you ride a motorcycle once or twice in your life, you will really experience a fall. All motorcycle-riders, they fall. Like me, I just can’t tolerate…)

(By the belt, around 3 inches, it kind of hurts. I was brushing my teeth earlier, after I woke up because I ate –)

President Duterte appears with a drooping right eye and tired demeanor in the video shared by Senator Bong Go as they prepare to return to the Philippines. | Facebook screenshot pic.twitter.com/BSYtMhXbZt

Earlier, Duterte had also had a video call with his former wife Elizabeth Zimmerman, as shared by their daughter Sara.

Photos from Malacañang showed Duterte all smiles prior to the enthronement ceremony. Some photos showed him holding the cane and even pointing his cane to the photographer. 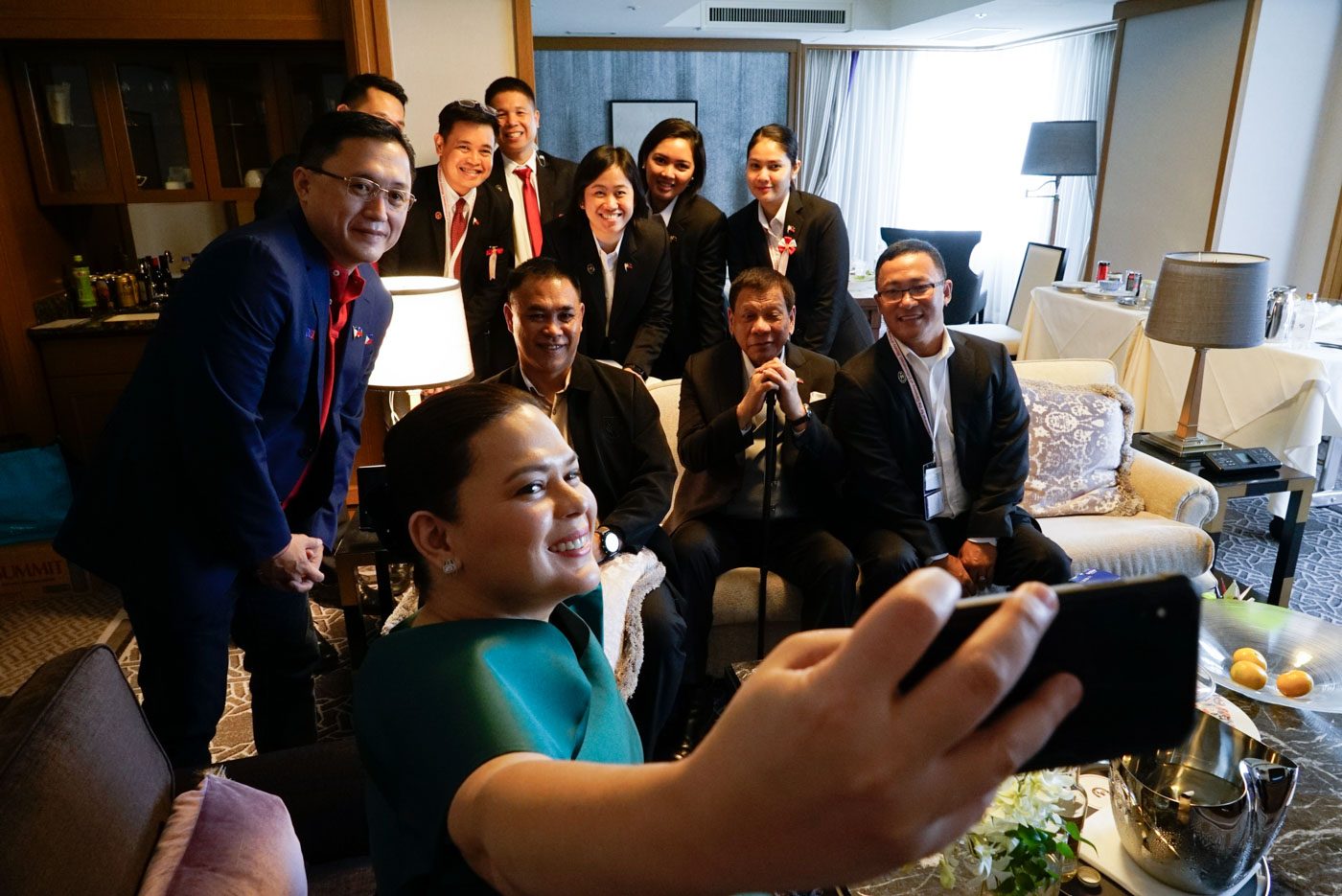 Less than a week before his Japan trip, Duterte figured in a motorcycle accident that supposedly caused just “minor injuries” like scratches on his elbows and bruises, and some hip pain.  Malacañang had earier brushed off the incident as nothing serious and that the President’s “recovery entails no major medical procedure,”

The President had attended his official engagements after the motorbike mishap and even showed off one of his wounds to govenrment officials and businessmen during a business forum. – Rappler.com