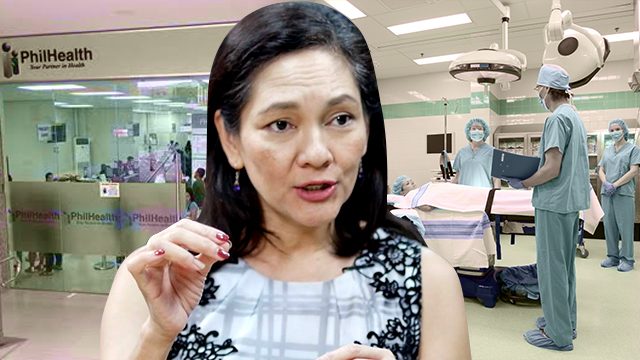 MANILA, Philippines – Senator Risa Hontiveros on Wednesday, October 23, slammed private hospitals for threatening not to renew their accreditation with the Philippine Health Insurance Corporation (Philhealth) in 2020.

In a statement, Hontiveros called the threat an attack on people’s right to universal health care.

She said this after the president of the Private Hospitals Association of the Philippines, Incorporated (PHAPI) wrote an open letter to Philhealth President Ricardo Morales, to tell him that the delayed Philhealth reimbursements  to private hospitals and other problems discouraged them to renew with the agency next year – the first year of implementation of Republic Act No. 11223 or the Universal Health Care (UHC) Act.

She called the threat “sad and ill-timed,” given the implementation of the landmark UHC law starting next year. While she understands that private hospitals need to make money, she stressed that “threatening the public with health care denial is wrong and again, cannot be tolerated.”

“Amid epidemics left and right, the threat by several private hospitals not to renew their PhilHealth accreditation and deny service to members is not only shocking and callous, but it also borders on the criminal,” said the senator, who co-sponsored the UHC bill in the Senate. (READ: EXPLAINER: What Filipinos can expect from the Universal Health Care Law)

Hontiveros said that if the hospitals push through with the plan, “the government might as well revoke its [PHAPI] members’ licenses to operate.”

The senator suggested solutions such as streamlining of the process and turn-around-time of hospital reimbursements. She also said as necessary steps improving management systems, strengthening partnerships and coordination with health care providers, and preserving transparency.

“We need solutions. These threats need to stop. Everyone loses with this threat, especially ordinary people,” she said.

The Philhealth president dismissed the threat on Tuesday, October 22, saying that their talks with PHAPI members actually show that hospitals want to retain their accreditation.

In a CNN Philippines inteview, Morales hit the PHAPI open letter, saying matters could have been resolved privately. He added that while the state health insurer has unpaid claims, they are not as large as the PHAPI letter claimed it to be.

He also said that Philhealth always strives to observe due process in complaints of upcasing and other concerns.

“Our legal procedures follow strict rules on due process when cases are filed against our providers. These hospitals were properly asked to explain their side on their alleged involvements in fraudulent activities,” Philhealth said. – Rappler.com