Facebook ‘news tab’ seeks to reboot its role with media

Oct 27, 2019 5:59 PM PHT
Agence France-Presse
Facebook Twitter Copy URL
Copied
The tab, being tested with some US users, will be separate from a user's normal feed and include articles from partner news organizations 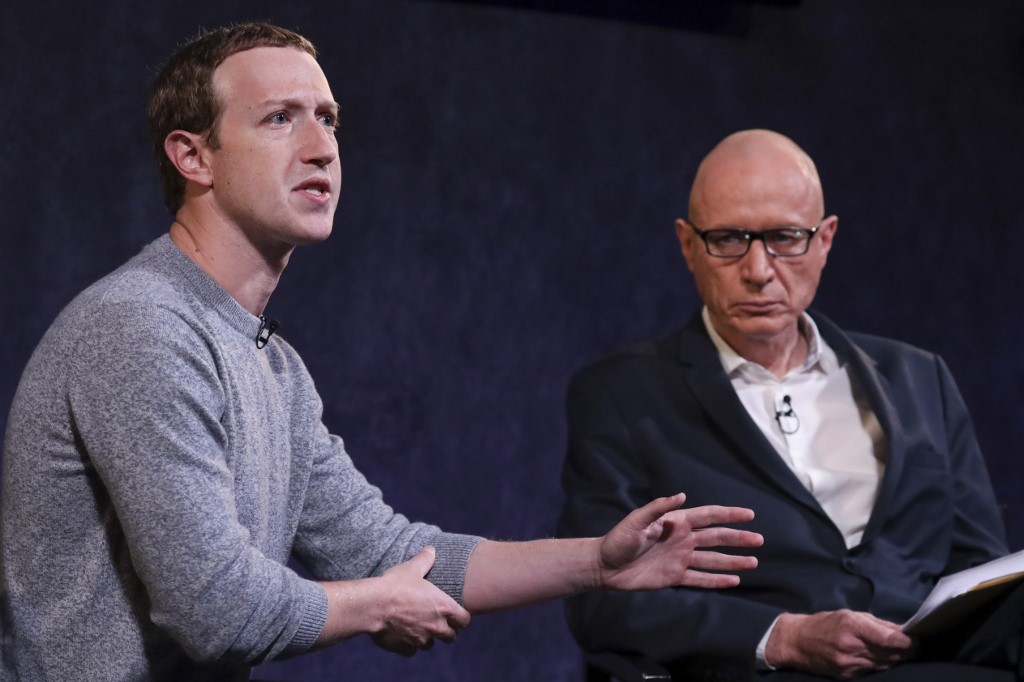 WASHINGTON, DC, USA – Facebook on Friday, October 25, began rolling out its dedicated “news tab” with professionally produced content – the latest move by the social network to promote journalism and shed its reputation as a platform for misinformation.

The tab, being tested with some US users, will be separate from a user’s normal feed and include articles from partner news organizations – making a clear distinction between journalism and stories shared by users from a wide range of sources.

“This is going to be the first time ever there will be a dedicated space on the (Facebook) app that is focused on high-quality journalism,” chief executive Mark Zuckerberg told an audience in New York in a joint appearance with CEO Robert Thomson of News Corp, one of the partners in the project.

The mix of stories in Facebook News will be determined by algorithmic “personalization” based on a user’s preferences and data, with journalists choosing some of the stories.

The company said users would have “more control over the stories they see, and the ability to explore a wider range of their news interests, directly within the Facebook app.”

Facebook is expected to pay some of the news organizations – reportedly millions of dollars in some cases – but has yet to disclose full details.

Zuckerberg said Facebook would not seek to limit coverage of the company or himself.

Zuckerberg said he sees the effort as important even if it is used by only a small percentage of Facebook users. And he said the company is in discussions to bring the feature to other countries.

“We want to do something like this across the world as well,” he said.

Zuckerberg defended the inclusion of partners some criticize as politically partisan such as the right-wing outlet Breitbart, saying the news tab “needs to have a diversity of views.”

Topic sections will include business, entertainment, health, science and technology, and sports.

The move represents Facebook’s effort to reboot its relationship with news organizations, many of which have been critical of the platform for failing to curb the spread of misinformation and for taking much of the online ad revenue.

Thomson, the News Corp CEO who last year denounced what he called a “dysfunctional” online landscape that made it hard for publishers to thrive, welcomed the Facebook initiative in the joint appearance with Zuckerberg.

“It is a powerful precedent that will echo around editorial departments,” said Thomson, whose company includes the Wall Street Journal.

“It begins to change the terms of trade for quality journalism.”

“Less savvy news consumers might not be able to tell the difference between exaggerated or fake viral news and real journalism from respected news organizations,” Kennedy said.

“So this should help a lot.”

But Kennedy said it could be problematic that Facebook may only be paying the richest media organizations, increasing woes for small, local outlets.

“My long-term hope for the news business is that more consumers will recognize the difference between quality and chaos and be willing to pay for the good stuff,” Paulson said.

University of Oregon journalism professor Damian Radcliffe noted that Facebook users currently “bump into” news in their feed, as opposed to actively seeking it out.

He said the project raises “important questions here about how transparent the story selection process will be, and what Facebook is effectively saying about news which sits outside of the tab. Does that means it’s deemed less trustworthy?” – Rappler.com