Oct 28, 2019 12:49 PM PHT
Mara Cepeda
Facebook Twitter Copy URL
Copied
'That should be one of our most basic demands: that before we enter into a contract with them, they recognize first our ownership and our sovereignty over those [areas],' says Vice President Leni Robredo 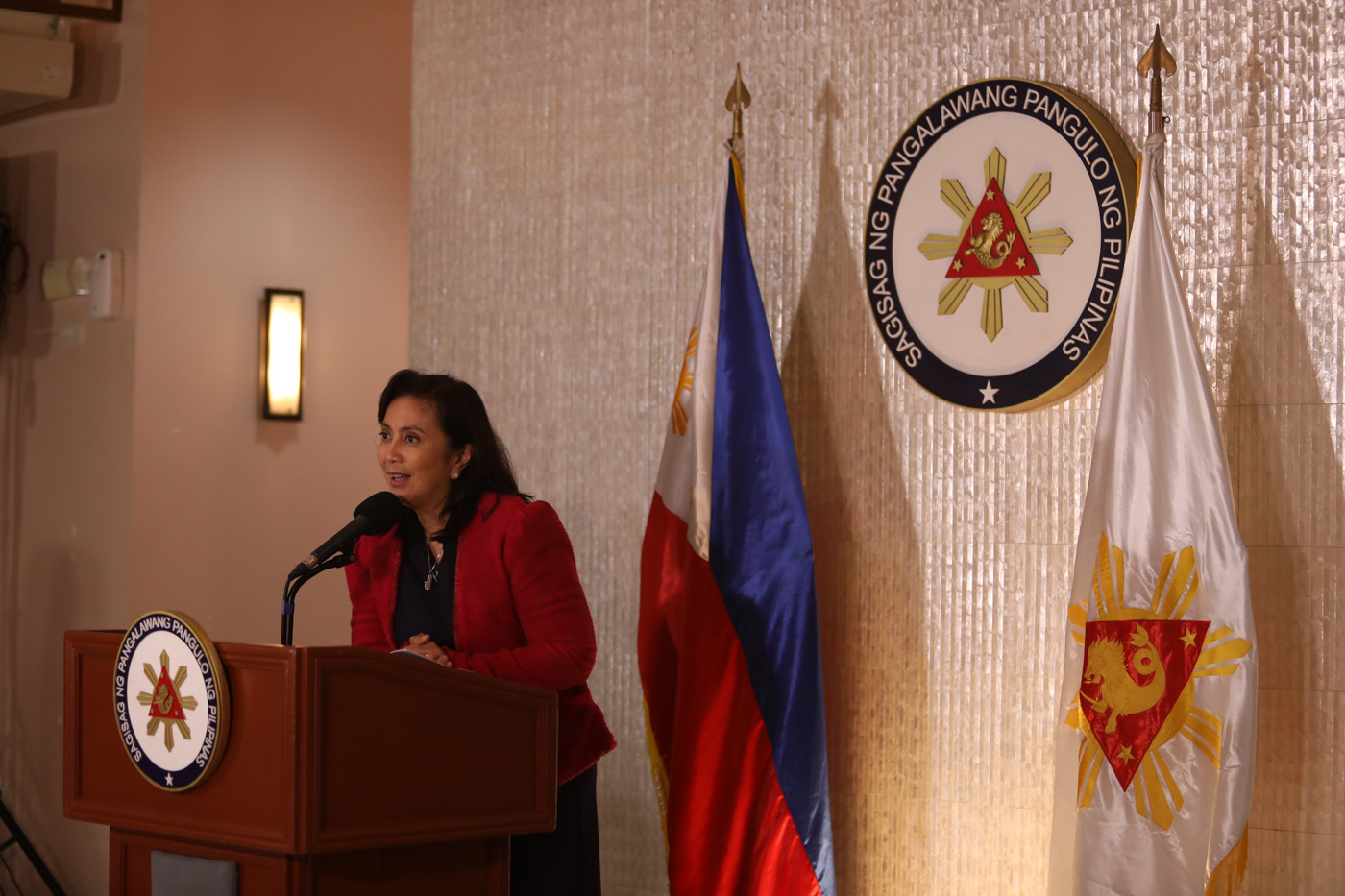 MANILA, Philippines – Vice President Leni Robredo does not believe the looming joint oil and gas exploration deal with China is fair to Filipinos, as the foreign country has yet to recognize the Philippines’ sovereignty over the West Philippine Sea.

On Monday, October 28, Robredo said she does not agree with National Security Adviser Hermogenes Esperon Jr’s belief that the oil and gas deal would be “fair” to the Philippines since Beijing would be spending for most of the exploration.

“For me, the basic premise should be even before we enter into any agreement with China, China has first to recognize our ownership and sovereignty over the area that will be subject to a joint exploration. Kasi ‘yon naman ‘yong pinag-aawayan, ‘di ba? (Because that was the cause of the dispute, right?)” the Vice President told ANC’s Headstart.

“That should be one of our most basic demands: that before we enter into a contract with them, they recognize first our ownership and our sovereignty over those [areas],” added Robredo.

On Sunday, October 27, Esperon backed China’s proposal to have a 60-40 sharing scheme in favor of the Philippines in the joint exploration deal in the West Philippine Sea, a part of the South China Sea that belongs to the Philippines.

“They’re spending for it and we’re getting more. More than fair right?” Esperon was quoted in an Inquirer report.

But for the Vice President, the Philippines should not enter into joint exploration agreements concerning areas covered by the 2016 arbitral tribunal ruling that struck down China’s 9-dash line claim over the South China Sea and upheld the Philippines’ sovereignty over the West Philippine Sea.

The Vice President has long been been critical of President Rodrigo Duterte’s decision to downplay the Philippines’ tribunal victory against China in the West Philippine Sea in favor of trade and investment deals.