Oct 29, 2019 3:26 PM PHT
Mara Cepeda
Facebook Twitter Copy URL
Copied
Vice President Leni Robredo herself doesn't believe that the President is serious with his offer, and urges him not to let his temper get the better of him when addressing questions about serious national problems 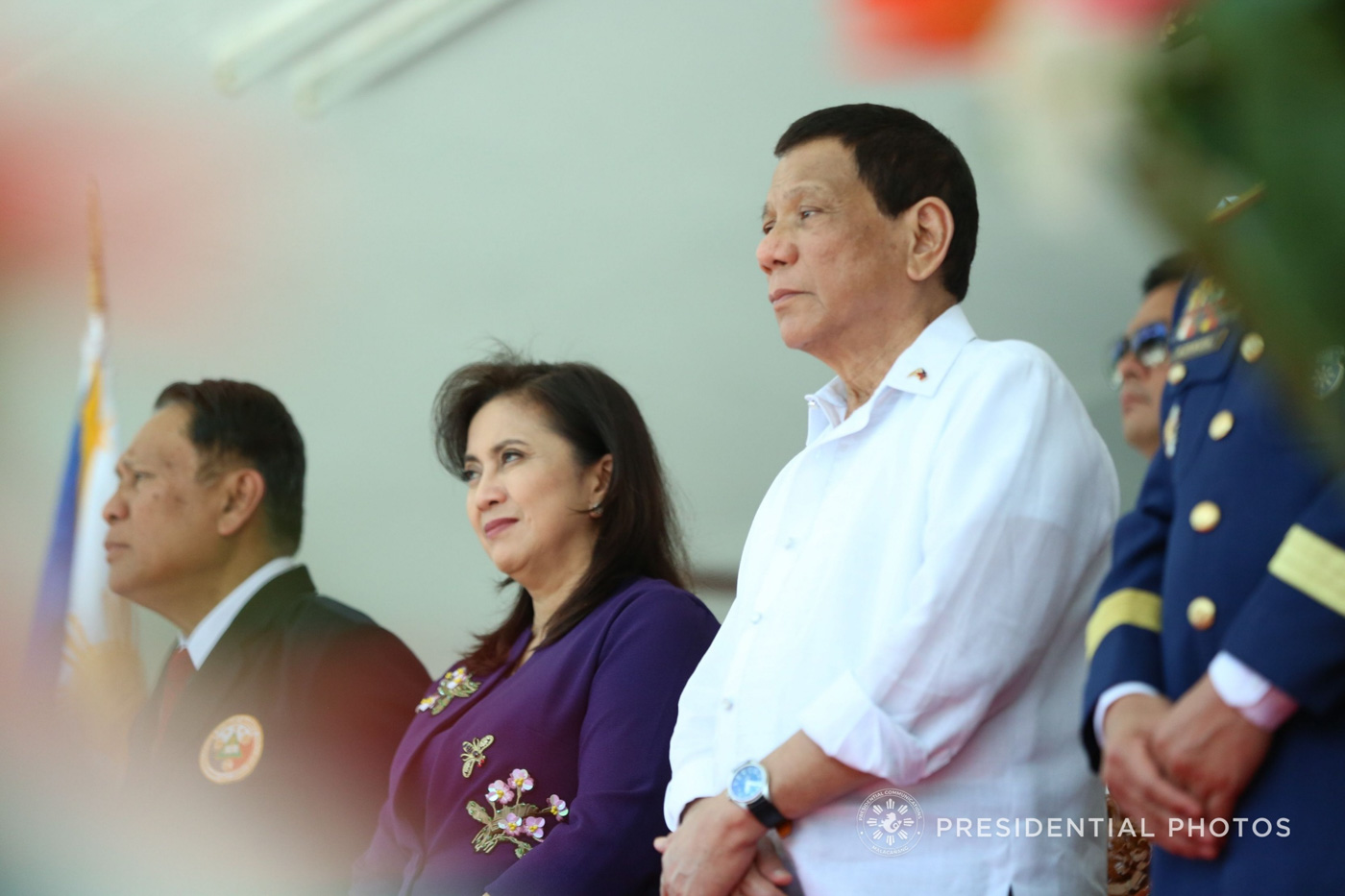 MANILA, Philippines – If President Rodrigo Duterte really wants Vice President Leni Robredo to take over the government’s campaign against illegal drugs, then he should give her a Cabinet post.

Senate President Vicente Sotto III made the suggestion on Tuesday, October 29, in response to questions about the President’s comments.

He said Duterte can name Robredo as chief head either the Dangerous Drugs Board (DDB) or the Philippine Drug Enforcement Agency (PDEA).

“If it’s a serious proposal, it’s best if [the] VP is appointed as DDB chair and concurrent PDEA Director General,” said Sotto, a Duterte ally who once chaired the DDB himself.

Smarting from Robredo’s criticism that the drug war should be “tweaked” because it is “not working,” Duterte said he would give the Vice President powers over all anti-drug activities for 6 months so she could fix the problem.

But the Vice President herself does not believe that Duterte is serious with the offer.

Speaking to reporters in Iloilo, Robredo advised the President not to let his temper get the better of him when addressing questions about serious national problems.

(For me, I don’t want to respond to it because I don’t know how serious he is. But in my view, you don’t let anger get the better of you, hurling insults, when we’re talking about addressing the country’s problems.)

But pressed further if she felt insulted by Duterte’s latest remarks, the Vice President merely shrugged it off.

She said she would rather focus on her office’s anti-poverty efforts in the remaining 3 years of her term.

In my case, from the very start, I’ve been on the receiving end of many insults of the President…. But I’d rather focus on the more important things I have to do.)

Duterte had, on several occasions, belittled Robredo’s capability to lead the country, saying he would appoint any “outstanding” government official to replace the Vice President.

Robredo has been a critic of Duterte’s bloody war on drugs, which saw deaths of at least 5,526 drug personalities in legitimate police operations alone.

Human rights organizations estimate the total death toll to more than 27,000, to include those killed vigilante-style. – with reports from Aika Rey/Rappler.com