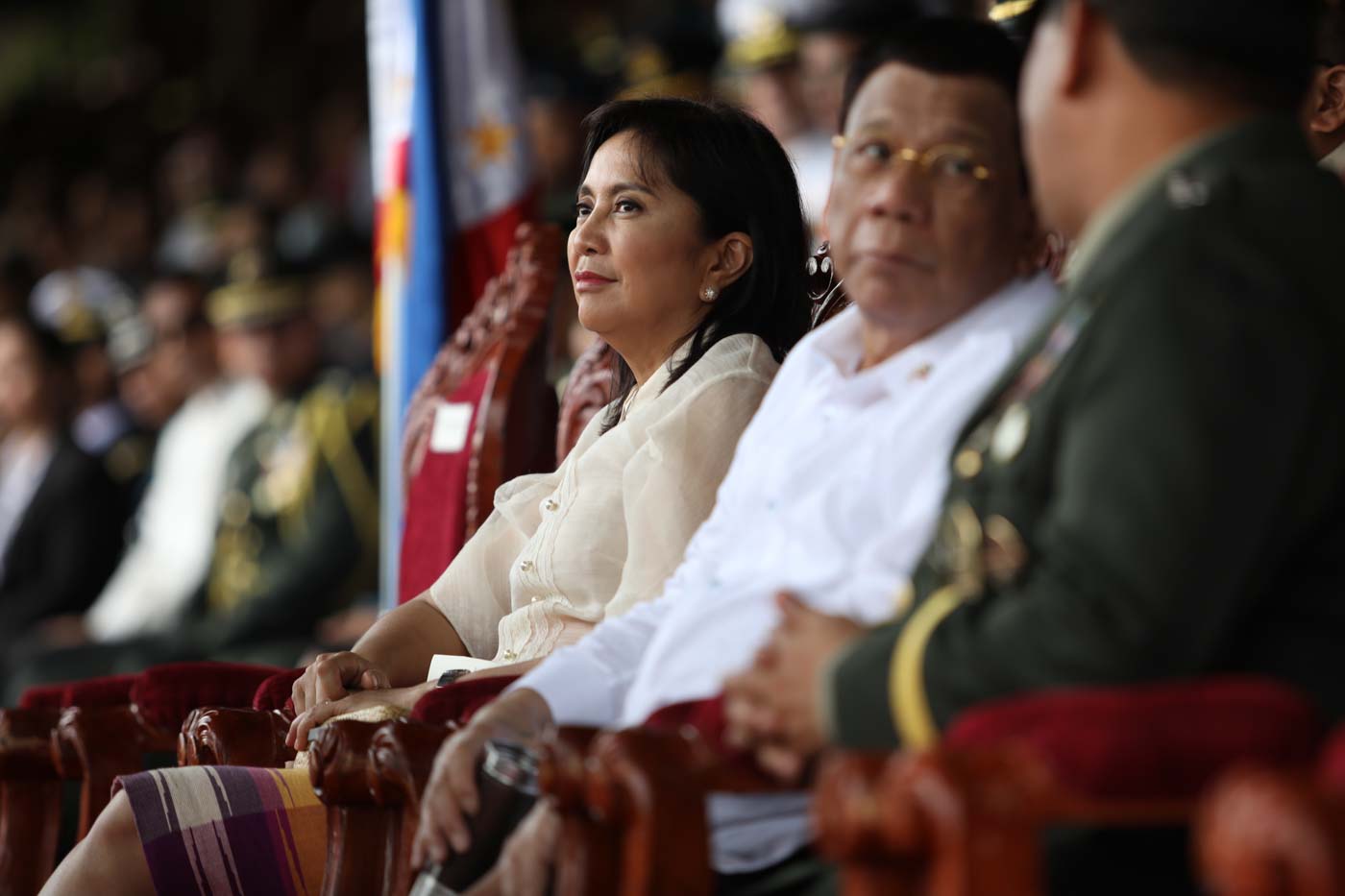 Senator Aquilino Pimentel III on Tuesday, October 29, said that Duterte, as chief executive, executes the laws, but assigning the task of running the ongoing drug war shouldn’t be Robredo’s job.

“That cannot be delegated except to his alter egos,” Pimentel said of the President’s latest remarks.

“Unless he delegates a blanket authority, including the power to hire and fire, no one else in the government bureaucracy can do it better than the Chief Executive under any other given circumstances,” Lacson said.

“I don’t want our country to become another Mexico so [the President] should tighten his grip on the drug situation, instead of leasing his power to anybody who has no proven track record in crime fighting especially in the arena of drugs,” Dela Rosa said.

If the President was indeed serious about letting Robredo take over the campaign against illegal drugs, Senate President Vicente Sotto III said that the Vice President should be appointed the head of both the anti-drug agencies Dangerous Drugs Board and the Philippine Drug Enforcement Agency.

While Senator Sherwin Gatchalian saw nothing wrong with delegating the task to Robredo, he said that all resources must be given to the Vice President as head of the drug war to make it work.

Lacson on Tuesday said that Duterte is sensitive to criticisms of his campaign against illegal drugs.

“The President is easily peeved when his administration’s top priorities – such as eliminating illegal drugs and corruption, which he used as his campaign platform – become the subject of criticisms,” Lacson said.

Meanwhile, opposition Senator Risa Hontiveros said that Duterte’s remarks were meant to shift the responsibility to Robredo instead, after this administration’s drug war was heavily criticized.

(The President’s statement is like your overly eager classmate during recitation. After losing face over wrong answers, he would point to other classmates so that the teacher would ask them instead.)

Hontiveros believes in Robredo’s capacity to turn a deadly drug war into a rehabilitative one, but she asked why not let her steer the wheel for the remaining 3 years of their term in office.

“Lubusin na niya sa natitirang taon ng kanyang termino. Si Presidente lang naman ang nangako ng 6 na buwan,” Hontiveros said. (Why not make it until the end of her term? It was only the President who promised [ending the drug war in] 6 months.)

(I believe that Vice President Robredo can lead the campaign against illegal drugs in a way that is not abusive and corrupt; where the innocent are not being killed; and where drug lords like Peter Lim are not being protected.)

Duterte claimed he would give Robredo a letter, asking her to surrender his law enforcement powers to implement the drug war. But the Vice President believes Duterte is not serious about the offer.

Duterte made the statement after a major shake-up in the Philippine National Police, as resigned top cop General Oscar Albayalde dealt with the “ninja cops” controversy. – Rappler.com