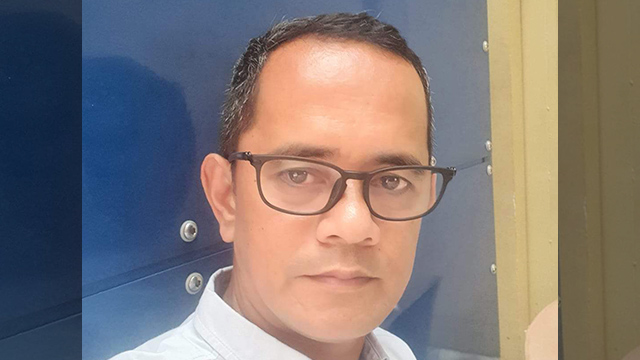 Undersecretary Joel Egco of the Presidential Task Force on Media Security said Benjie Caballero, manager of Radyo ni Juan, was shot 5 times by the still unidentified suspects while Caballero waited for a tricycle in Poblacion, Tacurong.

Egco said based on reports he received, Caballero was rushed to a hospital.

Tony Tenebro, a relative of Caballero said Thursday, October 31, the broadcaster was now in a stable but still critical situation after being operated on to remove two slugs lodged near his lungs and shoulder.

Tenebro said they were still waiting doctors’ advise when to possibly transfer Caballero to a larger hospital.

“We are also worried about his safety. We need to move him out,” Tenebro, who was at the hospital until Thursday, added.

He said Caballero is being currently secured by policemen and soldiers but they wanted a long-term security for him.

A separate police report obtained by Rappler said Caballero was feeding his dogs inside his house in Barangay Poblacion during the attack.

Authorities have yet to determine the motive and the identities of those behind Caballero’s attack.

Egco  condemned the “cowardly” attack on Caballero, his personal friend who had no known enemies, he said, but was very critical of a powerful political clan in Maguindanao.

Task Force sources, meanwhile, claimed that the victim might have drawn the ire of some people he dealt with in a financing business he was involved with.

As of press time, Caballero remained in very critical condition and was being treated at the Saint Louis Hospital in Tacurong City.

Egco promised to get to the bottom of the attack

“I am very sure that Benjie knew who would have wanted him dead. We have asked Police Colonel Rey Egos, Tacurong City Chief of Police, to secure the hospital where he is being treated and I also call on the victim’s benefactors to fully cooperate with us and assist the victim,” he added.

Egco said his office presumed the attack on Caballero, and any other form of media violence as work-related until proven otherwise. – Rappler.com