Oct 31, 2019 7:12 PM PHT
Pia Ranada
Facebook Twitter Copy URL
Copied
(UPDATED) The updated proposal is to ‘dispel all doubts on the sincerity of the Chief Executive’s offer’ for the Vice President to be his drug czar, says Malacañang 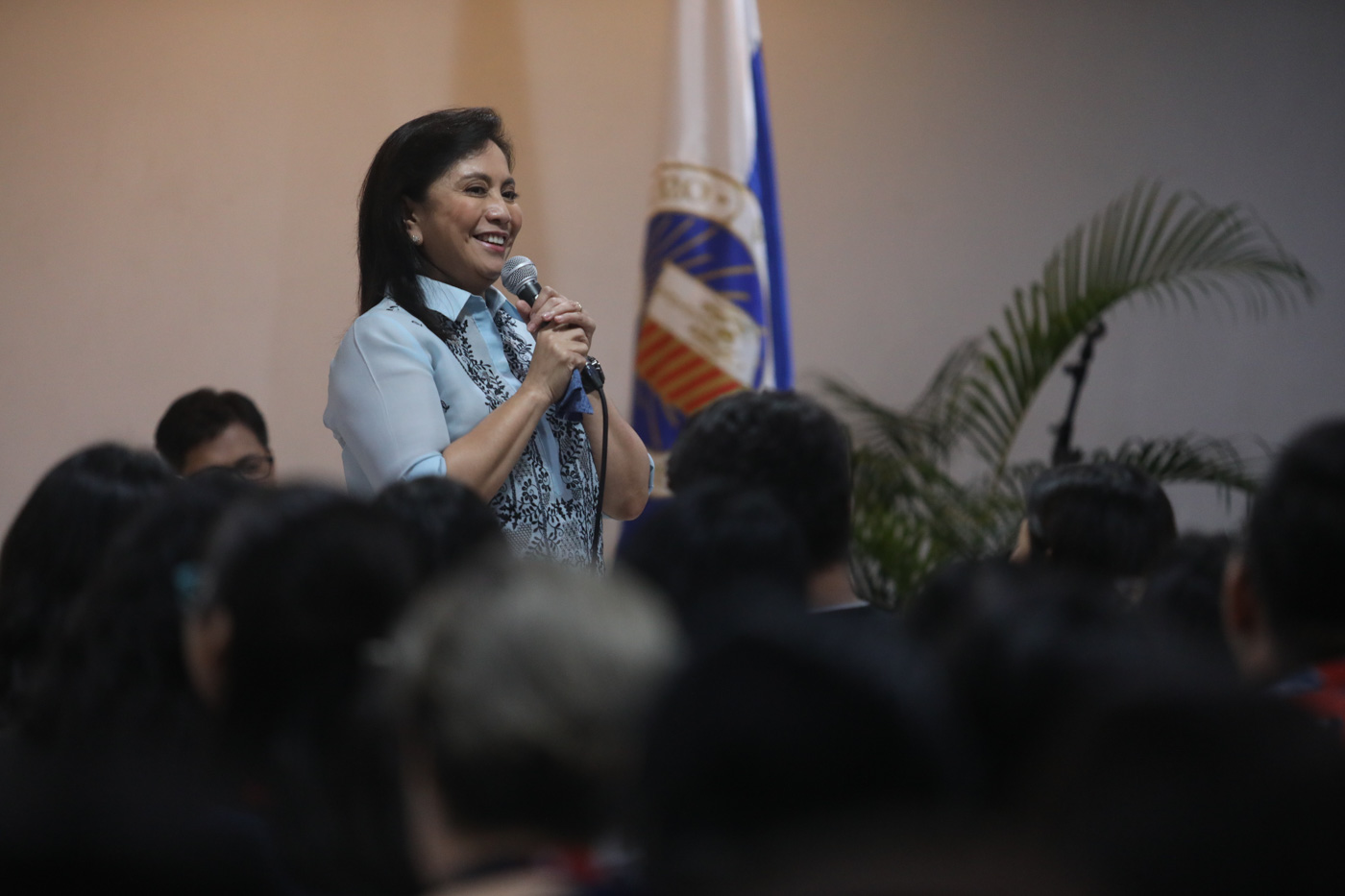 MANILA, Philippines (2nd UPDATE) – Will it be back to the Cabinet soon for Vice President Leni Robredo?

President Rodrigo Duterte is offering Robredo a Cabinet position putting her in charge of all anti-drug programs, announced Malacañang on Thursday, October 31.

“The President renews his offer to the Vice President to become the anti-illegal drugs czar, with all offices, bureaus, agencies or government instrumentalities involved in the enforcement of the law on prohibited drugs placed under her command and supervision with a Cabinet secretary portfolio, to ensure her effectiveness in combatting the drug menace,” said Presidential Spokesman Salvador Panelo in a statement.

This updated offer is to “dispel all doubts on the sincerity of the Chief Executive’s offer,” after critics and Robredo herself expressed suspicions that the President was not being serious.

Panelo did not specify which Cabinet post would be given to the Vice President or if Duterte would create a special position for her.

Robredo’s spokesperson Barry Gutierrez told Rappler that her office is yet to receive any formal letter from Malacañang about Duterte’s offer.

“If this is a serious offer, it shouldn’t be made through text messages or press releases,” he told Rappler.

Later on Thursday, Duterte said there was no need for Malacañang to put his offer in writing.

“Hindi na kailangan (No need). I will swear her [in] as a Cabinet member. First, balik siya (she needs to come back) so that she will have the authority,” he said in a press conference in Davao City.

Duterte also clarified that the post offered would last until the end of his term, not just the 6 months he had originally offered.

“All drug cases and all things, matters in connection with drugs, iyo na ‘yan hanggang katapusan ng term ko (it’s yours until the end of my term),” said the President.

The Cabinet position that sounds most similar to Duterte’s offer is chairman of the Dangerous Drugs Board (DDB), a post now held by former police general Catalino Cuy.

The DDB is the country’s top policy-making body on drugs. The Philippine Drug Enforcement Agency is its implementing arm. The DDB chairman holds a Cabinet rank.

Malacañang denied the President’s offer is a “trap” for Robredo, the most prominent opposition figure and a vocal critic of the Chief Executive.

“The Office of the President wishes to be categorical – and contrary to the claim of critics and detractors of this administration, we want VP Leni to succeed, her success being ultimately a triumph of the Filipino people against the dreaded and destructive evil that is destroying the basic fabric of our society,” said Panelo.

Previously, Duterte said he would formally write to Robredo about his proposal through Executive Secretary Salvador Medialdea.

Duterte challenged Robredo to be his drug czar for 6 months after she was quoted criticizing his government’s implementation of its anti-illegal drugs campaign.

If she accepts his updated offer, she will be returning to his Cabinet after 3 years. Robredo resigned in December 2016 after Duterte shut her out of Cabinet meetings despite her being his housing secretary.

He had then been angered by her criticisms of his policies, including the hero’s burial for the late dictator Ferdinand Marcos. – with a report from Mara Cepeda/Rappler.com