Robredo won’t be ‘scapegoat for shortcomings’ of Duterte drug war 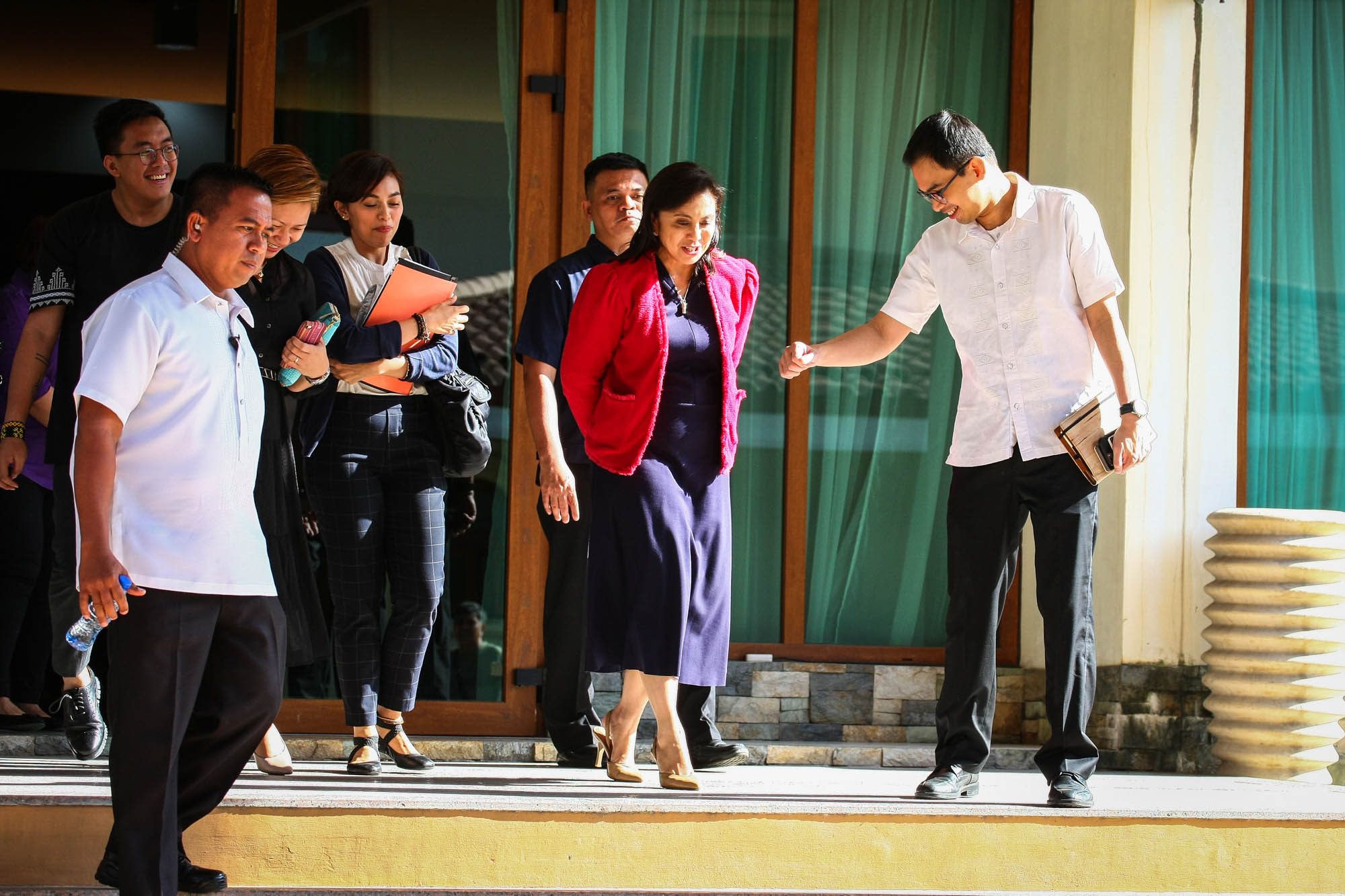 Facebook Twitter Copy URL
Copied
'If they are now being called to account for their failure to deliver, they should not blame VP Leni for it,' says Vice President Leni Robredo's Spokesperson Barry Gutierrez

MANILA, Philippines – Vice President Leni Robredo is open to help President Rodrigo Duterte address the country’s drug problem, but she will not be made accountable for the “shortcomings” of his controversial drug war.

Robredo spokesperson Barry Gutierrez made the statement after Duterte said offered the Vice President a Cabinet post supposedly putting her in charge of all anti-drug programs. (READ: Can Duterte ‘surrender’ all anti-drug powers to Robredo?)

(VP Leni has always been ready to help, even until today. If the President is asking for help when it comes to the ‘drug war,’ he should do it through the proper process – not through text, not through media stunts.)

“What she will not stand for is being made a scapegoat for all the shortcomings of the ‘drug war’ for the past 3 and a half years,” he added.

Gutierrez said it was the Duterte administration that made the “impossible promise” to end criminality and drugs in 3 to 6 months.

“And if they are now being called to account for their failure to deliver, they should not blame VP Leni for it,” he said.

Gutierrez recalled that in 2016, Robredo had even engaged with the Department of the Interior and Local Government and other agencies to suggest ways to address the drug problem. At the time, the Vice President was still part of the Duterte Cabinet as housing czar.

But her suggestions were ignored and she was later shut out by the President from Cabinet meetings, forcing Robredo to resign in December 2016.

Ealier this week, the Vice President has once again earned the ire of Duterte after she said in a Reuters interview that the drug war needs to be “tweaked” because it is “not working.”

Smarting from Robredo’s criticism, the President said he would give her powers over all anti-drug activities for 6 months.

But Robredo said that by offering her to become the drug czar, the President seemed to be admitting that his anti-illegal drugs campaign is a failure.

The Vice President has long been a critic of Duterte’s bloody war on drugs, which saw deaths of at least 5,526 drug personalities in legitimate police operations alone.

Human rights organizations estimate the total death toll to more than 27,000, to include those killed vigilante-style. – Rappler.com