‘Beyond repair’: Dread and anxiety in Kidapawan after strong earthquakes 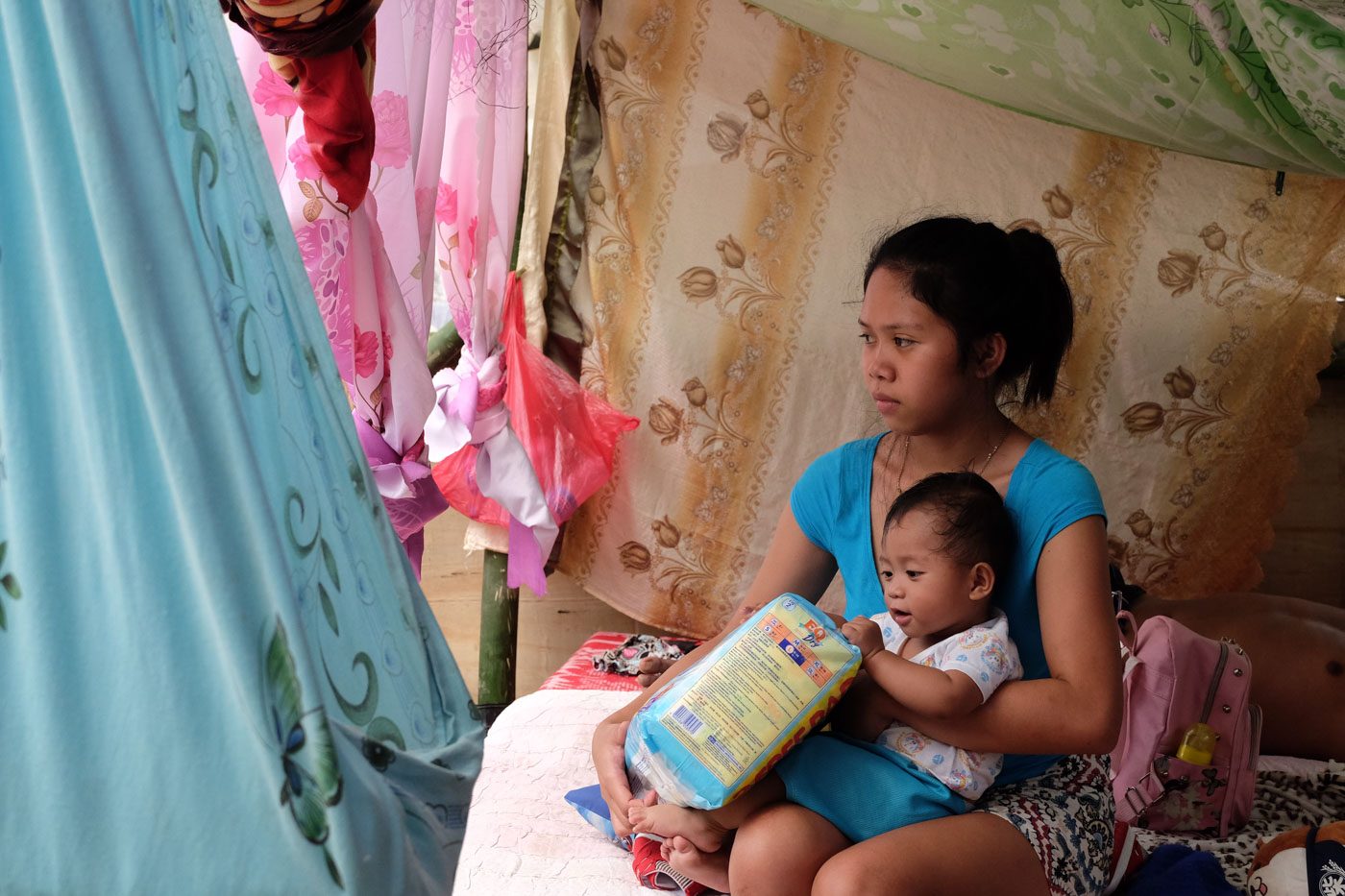 COTABATO, Philippines –  After experiencing 3 strong earthquakes in just two weeks – two of them days apart – residents of the mountainside village of Ilomavis in Kidapawan City are dreading another mighty tremor.

Villager Rizaly Serrano said that they would keep watching the clock hanging in their tent in their evacuation site and feel a sense of dread as 9 am neared.

Two strong tremors – magnitude 6.6 on October 29 and magnitude 6.5 on October 31 – both struck just past 9 am.  (FAST FACTS: The destructive earthquakes that hit MIndanao)

Locals and officials said many residents have developed “earthquake phobia” but no one, as of posting, have come to provide them with adequate counselling to cope with the trauma.

“There is nowhere to put our fear. Even when government officials say it’s okay to go back, they don’t want to go back,” said Ilomavis Barangay Councilor Jerry Siao, adding that village residents suffered from earthquake phobia. 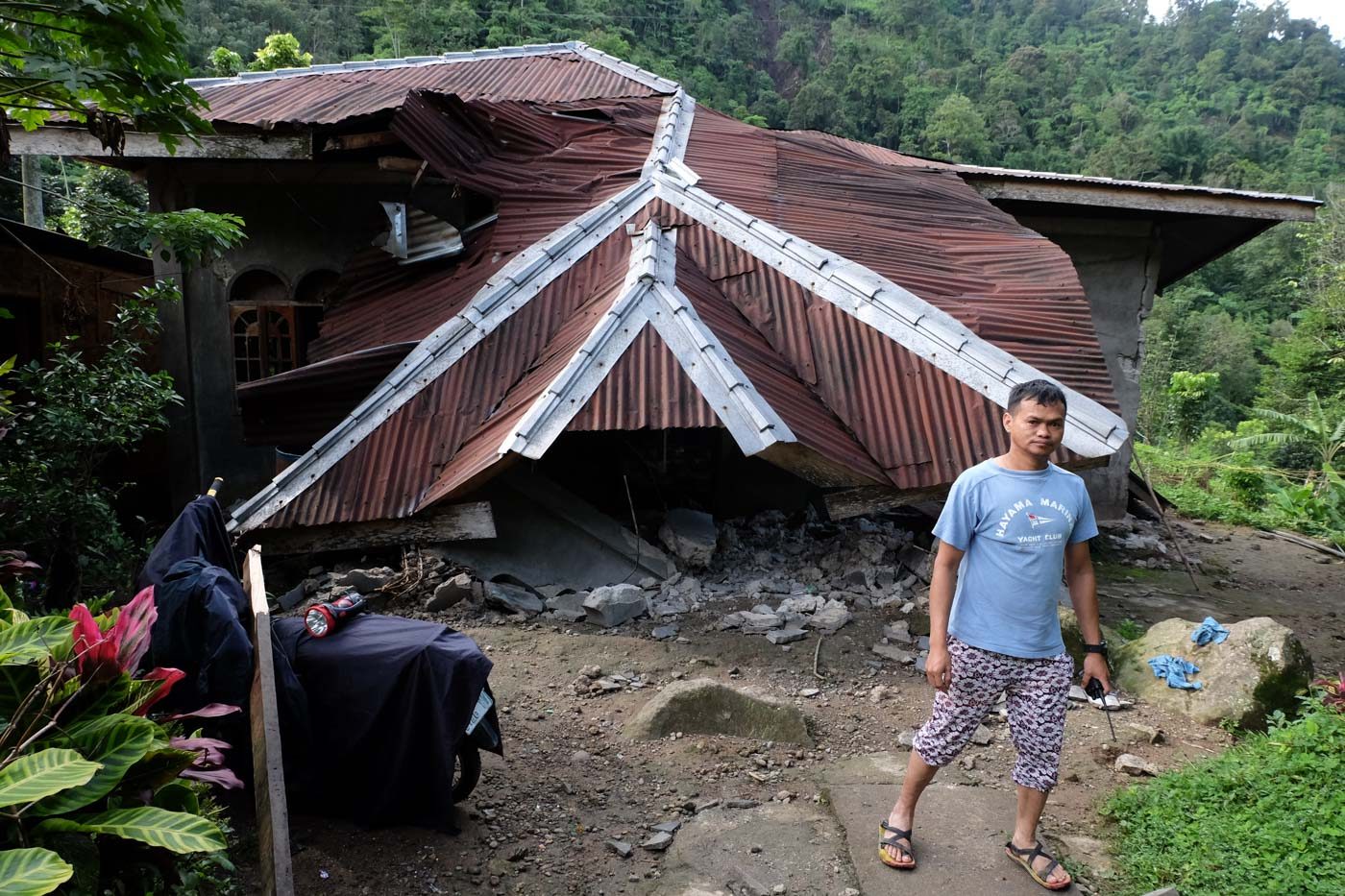 Since the last strong tremor struck on October 31, government workers came to check on them just once, residents said.

“So far, no one has come in to help in counselling,” said villager Rizaly Serrano.

Like others in earthquake-struck communities, the people of Barangay Ilomavis are still coming to terms with the destruction caused by the earthquakes on October 16, 29, and 31.

Ilomavis is at the foot of the Philippine’s tallest mountain, Mount Apo.  Among the barangays in Kidapawan City, the effect of the magnitude 6.5 earthquake was said to be had been most felt there. 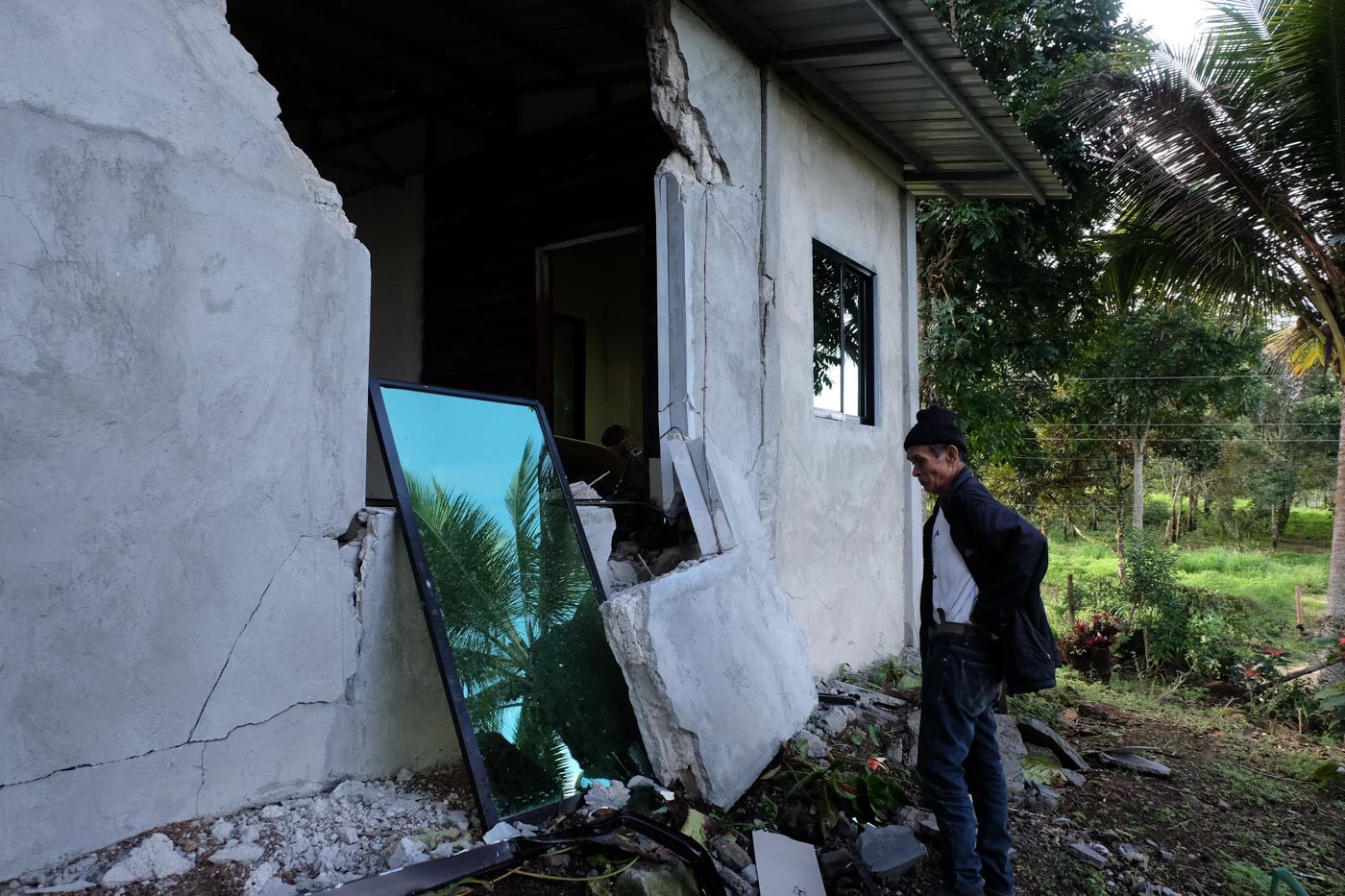 Thousands of villagers fled their houses which were either partially or completely damaged by the earthquake.  There were at least 20 landslides that spilled on the road leading to Lake Agco.

Residents tried to keep themselves busy by transporting what little they could salvage from their homes. Motorcycles and 4 wheeler vehicles loaded with furniture and television sets could be seen headed to evacuation centers.

Since October 31, evacuees have lost sleep thinking of the next big quake.

Marcela Digal said that she ached from muscle spasms because of her anxiety over another strong tremor.

“My muscle hurt.  I keep on thinking of another shake, another landslide could happen,” Digal said.

Jessebel Damali had the same anxiety.  “I’m scared; a little quake and I’m shaking. I cannot go back to sleep,”

Leonardo Nadong, 75, lost his house to the October 31 earthquake. “It is beyond repair,” he said.

Romeo Maange and wife Maribel, whose house was also destroyed, would panic over even a slight tremor. Like other parents with small children, they worry about their kids’ safety first. “It is scary, it cannot be explained what we are feeling. We fear that there may be another big shake and our kids needs assistance,” said fellow villager Sionny Umpan.

Aside from being homeless and emotionally scarred by the earthquake, the villagers also had no livelihood.

“It is even more difficult now that we have lost our source of income,” Umpan said.

At least 17 died in the Cotabato earthquakes, 11 of them in Cotabato. The epicenter of all 3 strong eathquakes in October was in Tulunan, Cotabato. – Rappler.com